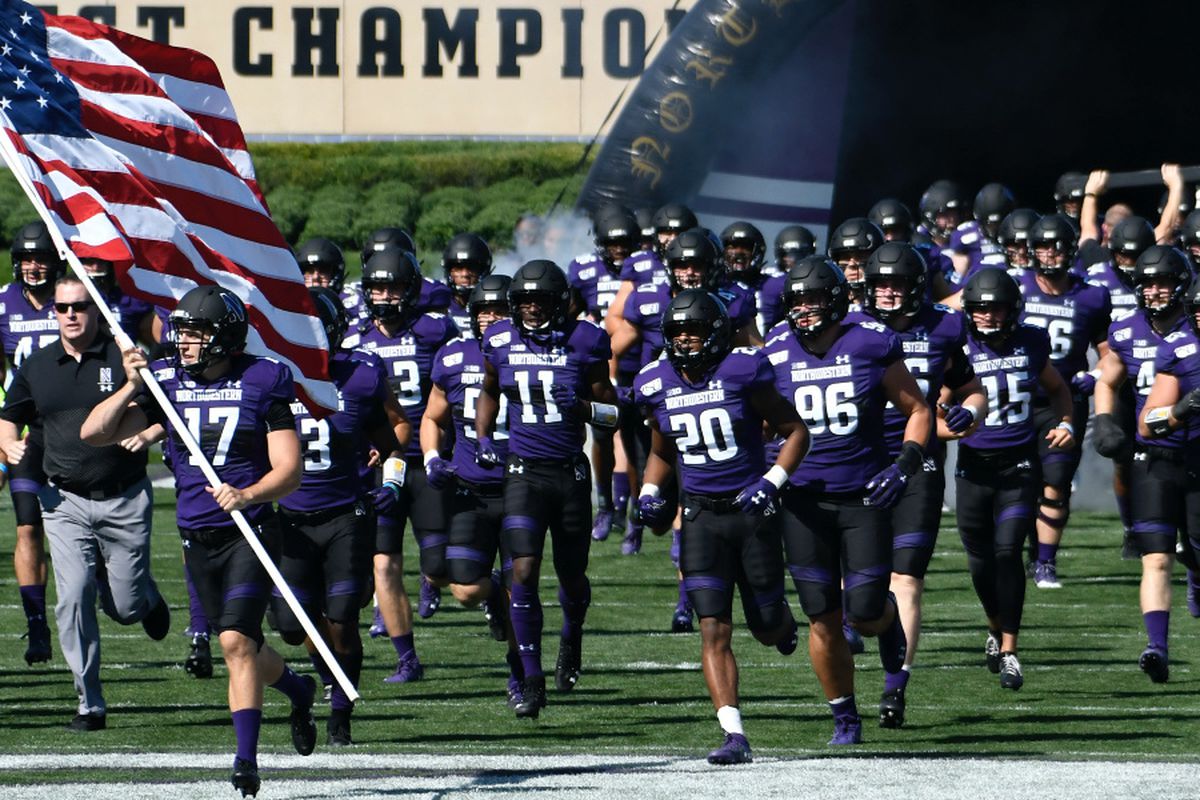 PATS CATS rode a 5-0 start that included a pair of SPICY upsets (Iowa, Wisconsin) all the way to another Big Ten West title. They battled Ohio St for as long as they could but ultimately lost a 22-10 SNOT BUBBLER for all the Big Ten marbles. The season ended in fine fashion with a beating of Auburn in the Citrus Bowl (W 35-19).

The Cats averaged fewer than 25 PPG for the third consecutive season LY but did enough to bag a good amount of wins. QB Peyton Ramsey was hit and miss but managed the games and they’ll miss his leadership. South Carolina transfer Ryan Hilinski gets the nod as the starting QB and he had some decent moments with the COCKS of South Carolina. The WR group is a complete mystery as we approach press time and note that no player that booked more than 10 receptions LY returns to the team in 2021. The rushing attack was surprisingly effective LY and saved their bacon. #1 RB Cam Porter is back and they’d love to see him develop into a legit #1 Big Ten back. The depth behind him is sketchy. Three starters return up front but recall that they were #10 in the Big Ten LY in YPC (3.7) (not good) and #4 in the conference in sacks allowed per game (good). Overall, we’re skeptical that they’ll be much better than last season.

Northwestern put the “S” in STINGY last year and allowed a mere 15.9 PPG (#5 FBS). There’s uncertainty on the horizon given the return of just four starters and the retirement of their excellent DC. The DL should be really good as they have nice size and bring back DE Samdup Miller who DNP LY (7.5 career sacks). There is a major concern at LB where they lose the outstanding duo of Paddy Fisher and Blake Gallagher (top two tacklers, overall BEEEESTS). There are a number of key losses in the secondary including a #1 NFL DC at CB but at least they still have 1st Team Big Ten DB Brandon Joseph in the mix. These guys are always good but they have to take a step backwards in terms of overall production.

The Cats return a solid senior kicking combo in punter Derek Adams and PK Charlie Kuhbander (9-12 FG LY) but could use more spice at KR and PR.

Overall – The September schedule is promising as they start with a winnable Big Ten game (Michigan St) and have a very soft non-conference docket (Indiana St, Duke, Ohio). They avoid THE Ohio St University in crossover play.

We’re not a fan of this team on paper but look at those first six games.

You just gotta respect these guys. They never have overwhelming talent but just GIT ER DONE. What about this year? Well, the offense still concerns us, and the defense can’t possibly be as good as what we saw last season. AMIRITE? The schedule is favorable and we’ll call for a 6-7 win season and another bowl appearance. Somehow, some way.