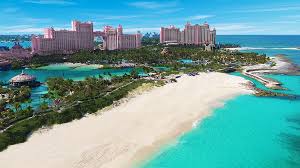 It’s better in the Bahamas, yo.

Bowl season kicks off with another edition of the Bahamas Bowl as Middle Tennessee takes on Toledo on Friday at HIGH NOON. The Blue Raiders slithered into bowl season thanks to a comeback win over Florida Atlantic in the regular season finale (6-6). The Rockets roll into PARADISE with a mark of 7-5 but were certainly hoping for bigger things, namely a shot at a MAC Championship. Who’s gonna take down THE PRIME MINISTER’S TROPHY?

The offense has certainly improved since QB D Finn took the reins and he’s put up some impressive stats along the way (16-1 TD to INT, 8 rush TDs). They boast one of the best RBs in the MAC in B Koback (1,274, 6.7, 15 TD) and a collection of THROW game targets that have allowed Toledo to average a very impressive 13.9 yds per completion. They’re #1 in the MAC in YPP offense but face an underrated MTSU D that was #2 in C-USA in YPP D, #4 in run D, and #3 in pass eff D. The good news for the Rockets is that MTSU is #5 in the country in INTs (16) but Finn has only thrown one INT in 211 attempts (!). The Blue Raiders were the MASTERS OF PENETRATION in C-USA (#1 TFL/game) and the Rockets are definitely more than capable of allowing negative plays (#8 MAC TFLA/game).

The Blue Raiders’ THROW GAME certainly took a hit with the season-ending injury to C Cunningham (16-3 TD to INT) and have been rolling for a while with the combo of N Vattiato and M DiLeillo. The latter led the comeback win over FAU and has been decent enough so far (65%, 1-1 TD to INT) and he has good mobility (4.9, 5 rush TD). The OL has been mediocre (#11 rushing C-USA, 2nd last TFLA/game) and they haven’t stretched the field through the air. They average a mere 10.4 yds per completion and their top-six WRs average between 10.5 and 12.4 YPC. Toledo was #1 in the MAC in YPP D and have been good vs the run (#4 MAC, #2 YPC allowed) and the pass (#1 pass eff D, 55% completions). MTSU needs to be efficient and have DeLeillo keep the chains moving with his legs a small handful of times. Toledo was #2 in the MAC in sacks (37) and MTSU is midpack in C-USA in sacks allowed.

The weather forecast looks decent as we approach press time……Sunny and medium winds (as per usual) 20-22 mph……The two HCs are a combined 3-9 (!) SU in bowl games…..Toledo HC J Candle has dropped three straight bowl games after winning the 2015 Boca Raton Bowl in his HC debut….MTSU lost the 2015 Bahamas Bowl to W Michigan…..MTSU lost to FIU in the 2018 edition…..Both teams had easy schedules….Toledo #128 according to Sagarin….MTSU #126……MTSU’s wins? ODU was the best one….also took down TOMATO CANS Monmouth, UConn, S Miss, FIU, FAU…..Toledo beat W Michigan and a bunch of turds…..Norfolk St, Ball St, UMass, Akron, BG, Ohio…..Toledo’s kicking game is trash (#119 net punting, 13/21 on FG thanks to your pal T CLUCKEY)….They are also #129 (!) in the country in penalty yards/game.

MTSU is nothing special, but the line looks a bit high, especially for a game being played in another country featuring two teams that have combined to go 13-11 in 2021. Toledo is better statistically on both sides of the ball, particularly on offense, but the Blue Raiders are more disciplined, have an underrated D, and possess the better kicking game. We don’t trust either HC to do a good job preparing the team and/or to make good in-game decisions. MTSU needs help in the turnover department and not sure they’ll get it. Tough to see them winning but catching 10+ is probably the way to go. Maybe.