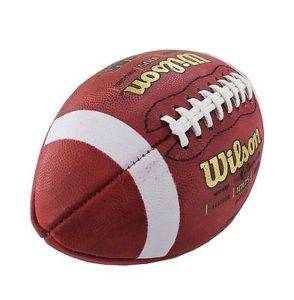 It started simply enough. MEGALOCKS received his first taste of NCAA football at the age of five, tailgating at the “Big Game” (California vs Stanford) in the 1970s. Memories are very distant, but there is a story about it being a very hot day and MEGA was not happy that the only beverage selection was beer. How times have changed. The good news is that someone tracked down some water or juice. Crisis averted. MEGA returned to California a few years later and was spellbound by magic of the “Big Game” once again. In a crowded clubhouse in Palm Springs, California, people gathered around the TV to watch “The Play”. A truly impossible ending that included multiple laterals and a flattened trombonist, not to mention shattered dreams or sheer ecstasy, depending on which side of the rivalry you called home.

Back in the dark ages, it was not easy for a youngster living in Canada to get much exposure to American football whether it be college football or the NFL. Thankfully, dad had a client who made football programs, and he made sure that MEGA had a regular supply of college bowl programs, Super Bowl programs and stats and record books to keep the mind occupied. Stats, players and team nicknames were memorized. Pages were read over and over. MEGA was happy. This love of sports statistics led to years of playing sports simulation games. Old school games with dice, followed by computerized versions that boggled the mind. Even in the teenage years, while others were out partying, MEGA would be trying to destroy all comers with 1983 Nebraska squad, or figuring out if he could get this guy named “Barry Sanders” to run for 3000 yards in one season at Oklahoma St.

MEGA has always had a love for sports statistics, but make no mistake, he and his friends played pretty much every sport growing up just outside of Toronto. All day. Every day. Football, soccer, hockey, tennis, baseball, golf. You name it, they played it. Football, however, was always number one.

Fast-forward to the current era…..

MEGALOCKS has been analyzing and handicapping sports, particularly football, for over 25 years. NCAA football handicapping is his specialty with a consistent and documented track record of success. A brief synopsis of recent seasons appears in the Learn More area.

MEGA began sharing his NCAA football analysis in a popular internet sports forum for over a decade and enjoyed tremendous success. It is important to note that MEGA is most proud of the reputation he developed over the years. Very knowledgeable, but also honest, helpful and respectful of others. There is trust in the MEGALOCKS brand.

In 2016, the MEGALOCKS website and NCAA football handicapping community was introduced. The past two seasons have been a roaring success and MEGA owes a huge debt of gratitude to every member of the membership roster for their support and belief in what could be accomplished!

It is amazing to reflect upon the countless passionate college football fans and handicappers that MEGA has had the pleasure of communicating with over the years. The feedback and positive energy received by these people has made it a truly enjoyable and rewarding experience to watch every college football season unfold from start to finish.

MEGA currently resides in Waterloo, Ontario, Canada and is blessed to have a wonderful family and world-class group of friends.