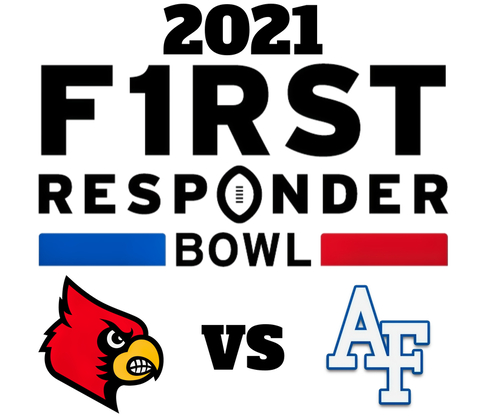 This promises to be a very entertaining game as the unstoppable Air Force ground game faces star QB M Cunningham and the LUA-VUH Cardinals. The Falcons have a fine mark of 9-3 and their three losses have come by a combined 17 points. The Cardinals have been inconsistent (6-6) and the last time we saw them they were taking it PULP FICTION GIMP STYLE courtesy of Kentucky (L 52-21).

QB M Cunningham is one of our favorite players to watch as he’s improved in the THROW GAME (18-6 TD to INT, 12 INT LY) whilst maintaining his elusive and explosive moves on the ground (968, 19 rush TDs). He’s also a tough dood (maybe too tough) that takes a lot of hits and keeps on ticking. The Cards focus on getting things done on the ground (#21 FBS, 211 YPG) and it’ll be interesting to see how successful they’ll be vs a tough AF run D (#7 FBS, 95 YPG) (!). The Falcons haven’t seen a dual-threat like Cunningham so we expect him to cause some problems with his legs and hit some deep shots in the THROW GAME. The Cards are missing two of their top-four WRs so that’ll help the Falcons a bit.

The Falcons have been ruthless on the ground (#1 FBS) and are averaging an eye-popping 341 YPG. Nine players have 100+ yards are they’re led by star RB B Roberts (1279, 13 TDs) and mobile QB H Daniels. He’s been banged up from time to time but they have some depth at the position and the time off will help. Daniels also averages 10 YPA so LUA-VUH will have to be cognizant of the deep ball. Oh, and they’ll be missing a pair of starting CBs. The Cards are #73 in the FBS vs the run and are gonna have issues controlling the ground game. The extra time off should help.

LUA-VUH HC Scott Satterfield is 4-0 in bowl games (1-0 here)……AF is 5-5 in bowl action under HC Troy Calhoun but they’ve won two straight…..Service academies are traditionally excellent bets in bowl season ATS…..something like 70% dating back to 2004/2005ish ***.

We expect a back-and-forth game and would be surprised if Air Force didn’t get to their team total.