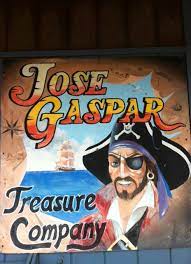 It’s time for Pirates and SWASHBUCKLING, yo. Welcome to the Gasparilla experience.

A pair of Florida-based teams go head-to-head in the holiday classic that is the Gasparilla Bowl. The Gators have been TRASH this year compared to expectations and needed a three-point win over the pathetic Seminoles in the regular season finale to slither into bowl season. UCF had a decent campaign in year one of the Gus Malzahn era and strut into this bad boy having won five of their last six games.

Quite a bit to talk about here. Backup QB A Richardson is out. #1 WR J Copeland has quit. QB E Jones has agreed to play one more game before skipping town and he’s definitely gonna cause problems for the UCF defense, particularly with his legs. Jones has thrown too many INTs (13) but has 19 TD throws (68%) and is the team’s leading rusher (697, 4 TD). We don’t expect them to have much success with the THROW GAME as UCF is very strong vs the pass (#12 FBS pass eff D) but it’s very likely that IF the Gators show up they’ll have a lot of success on the ground. E Jones and the 1-2 combo of D Pierce (12 TD) and M Davis should rumble for big yardage as most teams did vs the Knights that have good rushing attacks (Cincy – 336, Navy – 348, SMU – 241).

The Knights also like to do most of their work on the ground (#37 rush offense, 189 YPG) with a relatively deep and talented RB room. #2 rusher I Bowser is listed as Q as we approach press time but he’s only averaging 4.4 YPC. QB M Keene has a decent 16-6 TD to INT ratio but is only averaging 6.3 YPA (!) and hasn’t been able to be very successful with the deep ball. Florida has been ROLLED at times by opposing ground games (#70 FBS, 153 YPG) and will in for a challenge in this one. They’ve been better at defending the pass but note that they’ll be missing quitters DL Z Carter (8 sacks) and leading tackler LB M Diabate.

Florida will be entering battle with an interim HC while UCF will have Gus Malzahn in charge who’s a less-than-stellar 2-5 SU in bowl games……Both teams got blown out in bowl action during the 2020 casedemic season…..BYU blew out UCF 49-23 in the Boca Raton Bowl whilst Florida got smoked by Oklahoma 55-20 in the Cotton Bowl which was a 77000 STAR FAUCI THROWN IN A VOLCANO MEGALOCKS EARLY PHONE RELEASE BOWL LOCK winner…..These two teams last met in 2006 and the Gators rolled to the tune of 42-CACK.

Will Florida care? It’s hard to say. It just seems like they’ll have their way on the ground an we expect E Jones to have a big day with his legs. Minor interest in the fav.