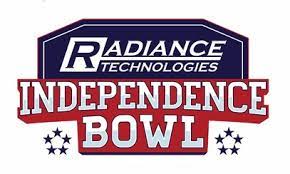 This is one of the more underrated bowl match-ups of the year as the 10-2 BYU Cougars face the always-scrappy UAB Blazers (8-4). BYU lost back-to-back games in the middle of the year (Boise St, Baylor) but won every other game on the docket. That included an impossible 5-0 (!) mark vs the PAC 12. UAB comes into this bad boy with a decent record (8-4) but they missed out on the C-USA title game for the first time since 2017.

The Blazers’ success on offense is predicated behind a bruising rushing attack (#52 FBS, 177 YPG) utilizing the 1-2 combo of D McBride and J Brown (1700+ yards, 19 TD) and a THROW GAME that’s inconsistent BUT capable of hitting deep shots. Their top two WRs T Shropshire and G Prince both average over 20 YPC and have combined for 14 TDs on the season. They’ve allowed WAY too many sacks (32, #11 C-USA) but the good news is that BYU has virtually no pass rush to speak of (17 sacks, #112 FBS). UAB should be able to establish the run (BYU #67 run D) and note that they allowed 210 yards on the ground to the pathetic USC ground game in the season finale, not to mention over 300Y to Baylor.

Game day is still a while away as we approach press time but the early forecast is calling for 50%-70% chance of rain…..Keep tabs on that if you plan on being a major wagering player in this tilt…..UAB has a 1-3 mark in bowl games (1-2 under HC Bill Clark)…..BYU is 16-21-1 and they smoked UCF in last season’s Boca Raton Bowl (W 49-23)…..The Cougars played the #65 schedule according to the Sagarin ratings….UAB #114…..The Blazers are dead last in the FBS in penalty yards per game.

We’ve gone back and forth on this bad boy but will side with the dog in this one. BYU has struggled vs many of the better Ds they’ve faced and the Blazers are likely to be the more motivated bunch. They’ve also played very well in November and were a miracle play away from taking down UTSA on the road and winning the division.