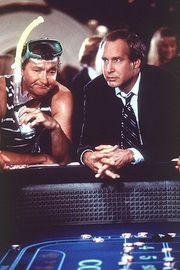 The Sun Devils roll into SIN CITY with a record of 8-4 and have a chance to book a 9th win for the first time since 2014 when they finished 10-3. They had high hopes for this campaign and were a legitimate threat (fav?) in the PAC 12 South, but failed to meet expectations. Wisconsin also has to be disappointed as they failed to make the Big Ten title game after dropping the regular season finale to Minnesota (L 23-13). PAC 12 vs Big Ten, buh buh.

Just like every season since the dawn of the 18th century *** the Badgers rely on the ground game to do their damage (#14 FBS rush offense) and it’ll be up to rising star RB B Allen to have a yuuuuge day (1109, 7.1, 12 TD). Allen ripped off 7 (!) consecutive 100+ yards games before struggling in the aforementioned EGG LAYING vs Minnesota. The THROW GAME is a disaster and the Badgers have a pathetic 10-12 TD to INT mark as a team. They’ll be up against a pretty good run D (#32 FBS, 129 YPG) that only allowed two teams to rush for over 200Y (Utah, Oregon St). QB G Mertz has three decent targets (400+ receiving yards) so the game plan will be to establish the run and hope to hit some big shots down the field once in a while. (NOTE – Arizona St will be without a pair of starting CBs in C Lucas and J Jones).

It’s STRENGTH vs STRENGTH as the Sun Devils will try and get something done vs the #1 run D in the country (65 YPG) (!). It’ll be close to an impossible task to have a good day despite having the #25 run game in the FBS (202 YPG). RBs R White and D Trayanum have rolled for over 1400Y and 21 TDs but the wild card will be QB J Daniels who can be a devastating threat on the ground (670, 6 TD). Daniels has been a disappointment with the THROW GAME (10-9 TD to INT, 66%, 7.9) and the Badgers boast the #1 pass efficiency D in the Big Ten allowing just 9 TD passes in 12G. (NOTE – R White and D Trayanum will not play in this one. One quit. One hit the transfer portal).

It’s a shorter trip for Arizona St but note that Wisconsin fans travel very well and they should be PUMPTT to hit the Vegas strip and engage in some debauchery…..Arizona St in 1-1 in bowl games under HC Herm Edwards and took down Florida St (W 20-14) in their last postseason trip (2019 Sun Bowl)…..Wisconsin HC Paul Chryst is an impressive 5-1 in bowl games with the Badgers…..NOTE….There might be another CRISIS OF THE VACCINATED emerging….Wisconsin may or may not be looking at missing some doods for this game due to the sniffles…..Keep an eye on the news if you plan on laying cash on this bad boy…..Things don’t look too bad as we approach press time but you never know, yo.

The Badgers are the more trustworthy team and have an elite defense. Hopefully they can play this one without missing too many starters at the last minute.