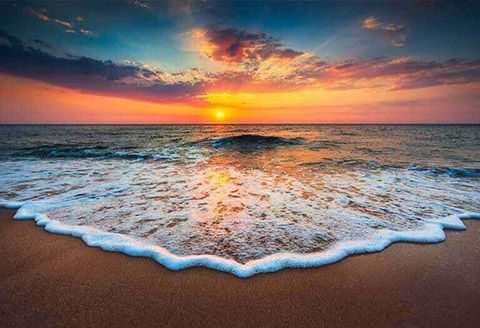 Wish we were in Myrtle Beach, yo.

We get some SWEET Monday afternoon ACTION as Tulsa battles Old Dominion in the Myrtle Beach Bowl. The Golden Hurricane looked DEAD in the WATER but managed to win their final three games of the regular season and achieve bowl eligibility. They’re an inconsistent, yet scrappy bunch. Old Dominion pulled off a MIRACLE of their own as they rattled off an impossible five consecutive victories to punch their ticket to the postseason.

Tulsa boasts the #3 total offense in the AAC and they’re a pretty balanced bunch (#3 rush, #6 pass). QB D Brin has been decent (2969, 16 TD, 59%) but has made a few too many mistakes (16 INT). The WR group is deep and talented, every with the loss of a few doods due to injury and quitting, and features the 1-2 punch of J Johnson and J Santana who’ve combined for almost 1600 receiving yards and 8 TDs. They’re also deep at the RB position as their 3-headed monster (Brooks, Watkins, Prince) has rumbled for nearly 2000 (!) yards and 15 TDs. The point of all this is to say that they bring a balanced offense to the table with lots of depth. Old Dominion has a sneaky-good D (#5 C-USA YPP) that held four consecutive opponents to 24 points or less before allowing 34 to Charlotte in their season-ending victory. Their particularly good vs the run (#3 C-USA, #26 FBS) but they’ll have a tough task holding down the Tulsa run game. The good news for Tulsa is that ODU has only picked off 7 passes all year (26 TD) so it’s possible (don’t hold your breath) that Brin has a clean game. The Monarchs are in the bottom half of the conference in terms of sacks and TFL/game.

The Monarchs aren’t gonna WOW you on paper (#79 total offense, #60 rush, #78 pass) but it’s worth noting that they started to look a lot better down the stretch and scored 47,30,24,56 in their final four contests. QB H Wolff is starting to come around (10-6 TD to INT) and QB D Mack is a useful rushing tool on 3rd down and around the goal line (6 rush TD). RB B Watson is a 1000-yard back and E Davis has chipped in 575. Only two players on the squad have more than 200 receiving yards but they’re good ones. A Jennings is one of the more productive WRs in C-USA (56, 992, 17.7, 5 TD) and TE Z Kuntz is a phenomenal target (71, 674, 5 TD). Tulsa is pretty average defending the run and the pass but have faced a number of fine offenses this year. The Monarchs should be able to have some success on offense but we don’t expect them to have too many opportunities to score. They’ll need to find a way to book TDs and not FGs.

It’s likely to be a bit wet (60% chance of rain) with mild to medium winds……You might wanna check out the updated forecast if you plan on playing the total….HC P Montgomery is 1-2 in bowl games but both losses were CLOSE SHAVES (5 total points)…..The Monarchs won their first (and only) bowl appearance back in 2016 when they defeated Eastern Michigan in the Bahamas Bowl (W 24-20).

Tulsa is a bit better on both sides of the football but the Monarchs are a confident bunch right now. If we had to guess, the odds are that Old Dominion is a little more pumped to play this game. Mild interest in the dirty dog.