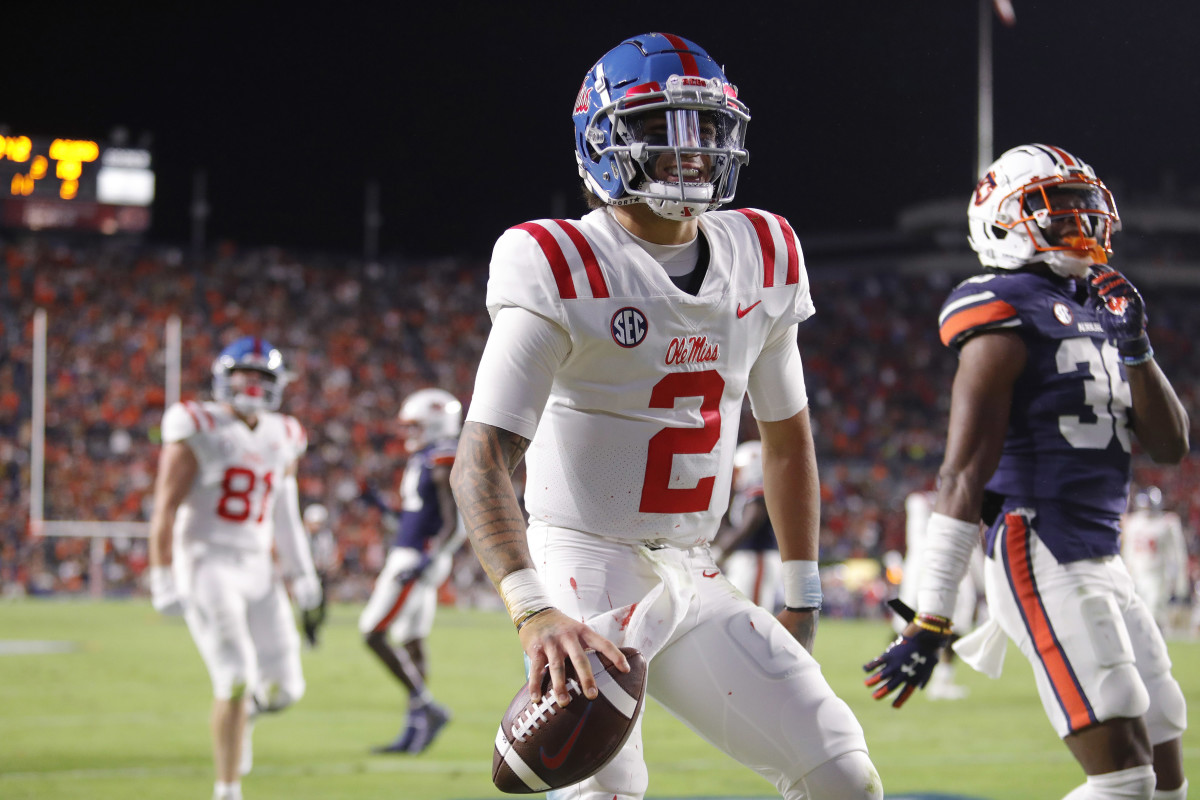 This should be a great end to New Year’s Day SWEET football ACTION as Ole Miss battles Baylor in the Sugar Bowl. The LANE TRAIN has the Rebels playing exciting football and they bring a 10-2 record to the table. Their losses came vs ROLL TIDE and Auburn. The Bears are the CHAMPS of the Big 12 thanks to a great defensive stand vs Oklahoma St. Year two of the Dave Aranda era has been a yuuuuge success (11-2).

We get one more shot to see MATT CORRAL MAN CRUSH in action and he’s been phenomenal this year (20-4 TD to INT, 68%, 597 rush, 11 TDs). He’s smart. Tough. Laser Rocket Arm. And notice he didn’t quit on his team. He’ll be playing on Sundays. He leads the #20 passing attack and their run game is no slouch either with four doods having between 542-703 rushing yards. The time off should definitely help those who’ve been hobbled by injuries including Corral. HC Dave Aranda has great DEFENSIVE CHOPS but will have his hands full coming up with a good game plan. The extra time off will likely help. The Bears are strong vs the run (#15 FBS) and the pass (#31) but will face a stern test from a deep and talented receiving corps. One point of worry for the Rebels is the fact that they rank 2nd last in the SEC in  TFL allowed per game whilst Baylor is pretty good at PENETRATING (#4 TFL Big 12).

It appears as we approach press time that starting QB G Bohanon will be good to go and he’s a legit dual-threat (17-6 TD to INT, 303, 9 rush TDs). The THROW GAME targets are varied (WR/TE/RB) and they mix it up pretty well. WR T Thornton (946, 9 TD) should bust out over the 1000-yard barrier in this one. The Bears should be able to run the ball on the Ole Miss D (#101, 181 YPG) and control the time of possession battle to a large extent. They’ll just need to finish drives off with TDs instead of FGs. Ole Miss has been pretty good vs the pass (#36 pass eff D, 13-10 TD to INT) but Baylor might be able to hit some deep shots if they can establish an effective ground game.

The LANE TRAIN is 2-2 in bowl games in his career (1-0 with Ole Miss) and they’re 24-14 all-time….This will be Dave Aranda’s first kick at the cat in terms of being a HC in a bowl game but he obviously has a lot of experience in big games given his time at Wisconsin and LSU….The SEC hasn’t fared that well so far in 2021 bowl action so that’s something to keep in the back of your mind….Maybe that changes after this preview is published?

The line looks about right. We’ve flipped back and forth between leaning Ole Miss and taking the over. Might take a small sprinkle on each. Slight favoritism to the more potent offense.