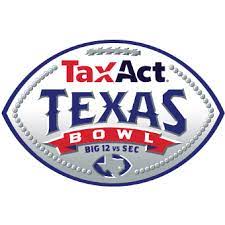 We get one more TASTY BOWL TREAT before the CFP Championship Game as LSU faces Kansas St in the Texas Bowl. The Tigers have been thru a lot on and off the field this year and roll into town with a mark of 6-6. They won their final two regular season games to get to bowl season and recall that they booked wins over Florida, Mississippi St, and Texas A&M. They also gave ROLL TIDE all they could handle (L 20-14). Kansas St (7-5) had a four-game winning streak come to an end at the conclusion of the regular season when they dropped their final two contests (Baylor, Texas).

It appears as tho 17-year starter *** S Thompson will be healthy and good to go for this one and that’s great for the Wildcats. He doesn’t run much but is an effective passer who’s got veteran SAVVY (69%, 9-4 TD to INT, 9.0). RB Deuce Vaughn is one of the most exciting players in the Big 12 who makes everything work (1258, 15 TDs, 47 receptions, #1 team). The WR/TE group is nothing special so the Tigers shouldn’t have too many problems handling the THROW GAME despite ranking #92 in the FBS in pass efficiency D. They’ve been pretty good vs the run (#42 FBS, 137 YPG) and don’t forget that they held Texas A&M to 54 yards and didn’t allowing a rushing TD in any of their last three games. LSU is mid-pack in the SEC in sacks whilst Kansas St is mid-pack in the Big 12 in sacks allowed.

There are a lot of question marks for the LSU offense and it’s still unclear as we approach press time who will get the start at QB. True freshman G Nussmeier didn’t look horrible during the regular season in limited action but we don’t know if he’ll play. Another game would blow his redshirt and LSU and trying to get a redshirt that would preserve said redshirt. If he’s unable to go, it could get ugly with scrubs and WRs next on the depth chart. It doesn’t get much better when you consider that 1000-yard RB T Davis-Price has quit and recall that star WR K Boutte was injured (OFY) earlier in the year. Much like LSU, the Cats have been solid vs the run (#26, 126 YPG) but weaker vs the pass (#70 pass eff D). That suggests Kansas St will be able to hold down the LSU run game even tho we expect to see some talented specimens get their first real game action.

LSU has won their last three bowl games but will be rolling with an interim HC in this bad boy before Brian Kelly takes over……Kansas St is 9-13 all-time in bowl action and 0-1 under HC Chris Klieman…..The Tigers haven’t finished below .500 this century (!) ### but are a mediocre 11-11 over the L2Y…..Kansas St can book their 4th 8+ win season in the L6 campaigns with a win…..LSU’s roster was hit by the PANDEMIC OF THE VACCINATED and could have some guys….even more….miss the game.

Kansas St has to be the more motivated bunch? AMIRITE? Hard to see LSU’s offense getting 21+.