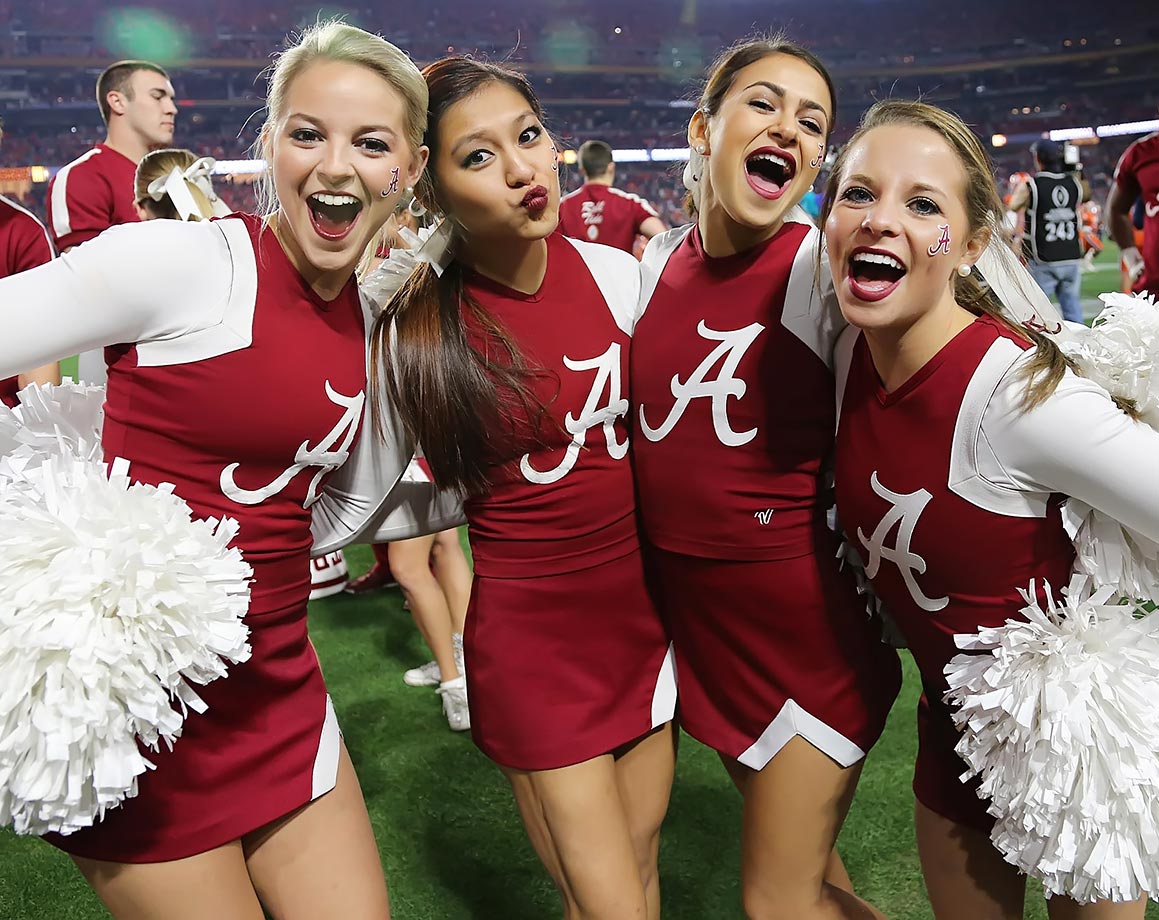 ROLL TIDE gets their first real test of the season as they travel to the SWAMP to battle Florida. They wiped the floor with Miami and Mercer but still have a lot of new faces at key positions on both sides of the football. Florida has used a devastating rushing attack to smoke a pair of lesser foes (FAU, USF) and come into this one at 2-0. SEC Saturday. Let’s do ittttttt!

QB Bryce Young has looked really good so far (71%, 7-0 TD to INT) but this will be his first true road game. The THROW GAME hasn’t been consistently explosive and they’ve only hit one pass play over 41 yards so far this season. Of course, that was vs YOUR Miami Hurricanes when they blitzed everyone including the punter and left a world-class sprinter wide open for a 94-yard TD. But we digress. The run game has been good but not great. They’ve averaged just 4.2 YPC and haven’t had much success running outside the tackles. The Gators have allowed just 2.6 YPC but it’s hard to know how much they’ve improved given the level of competition. Ditto for the secondary which was rotten during the truncated 2020 plandemic season. One thing to note is that they’ve tallied 7 sacks in 2G and the ROLL TIDE OL is still a bit of a work in progress. There will be a small handful of big plays through the air but we’d but surprised if the ROLL TIDE run game dominated on Saturday. <grabs popcorn>

WOW. Ya, it’s early, but the Florida rushing attack has been lights out. They’ve booked 763Y in two games and averaged an impossible 8.5 YPC. They’ve got a PAIR of elite runners at the QB position and a deep stable of RBs. QB Emory Jones has rushed for 155Y and “backup” QB Anthony Richardson has rumbled for 275Y on just 11 carries. He is MUST SEE TV, but note he’s nursing a bit of a hamstring issue. 10 different players have caught a pass and WR Jacob Copeland is emerging as a legit #1 option (190, 2 TD). ROLL TIDE has been as advertised on D and allowed a mere 2.0 YPC whilst keeping deadly running QB D’Eriq King under wraps. Note that they’ve got 7 sacks in 2G but are #12 (!) in the SEC right now in pass efficiency D (3-4 TD to INT, 67%, 7.1). This makes us think that it’s not impossible for Florida to hit chunk plays in the THROW GAME if they can get something done running the ball. <grabs more popcorn> It’ll also be helpful if Jones stops throwing balls to the other team (4 INT). Note that star LB Will Anderson is listed as “Q” and that would be a yuuuge loss if he’s unable to roll.

Florida HC Dan Mullen is 0-10 vs Nick Saban……5-5 ATS…..Might be a bit wet, yo….Looks like temps in the 80s with an excellent chance of rain at some point during the game…..ROLL TIDE has won 31 consecutive games vs the SEC East.

We can’t wait. Alabama is still Alabama, but there’s no doubt that Florida has enough pop on offense to make this interesting for at least a little while. A lot of it depends on the health of Anthony Richardson who provides a virtually unstoppable dimension to the offense. GET CHO POPCONE, GONNA BE A SHOW.

No leanage for now. Stay tuned. Will come back with at least a small potatoes play (lean) sometime soon.