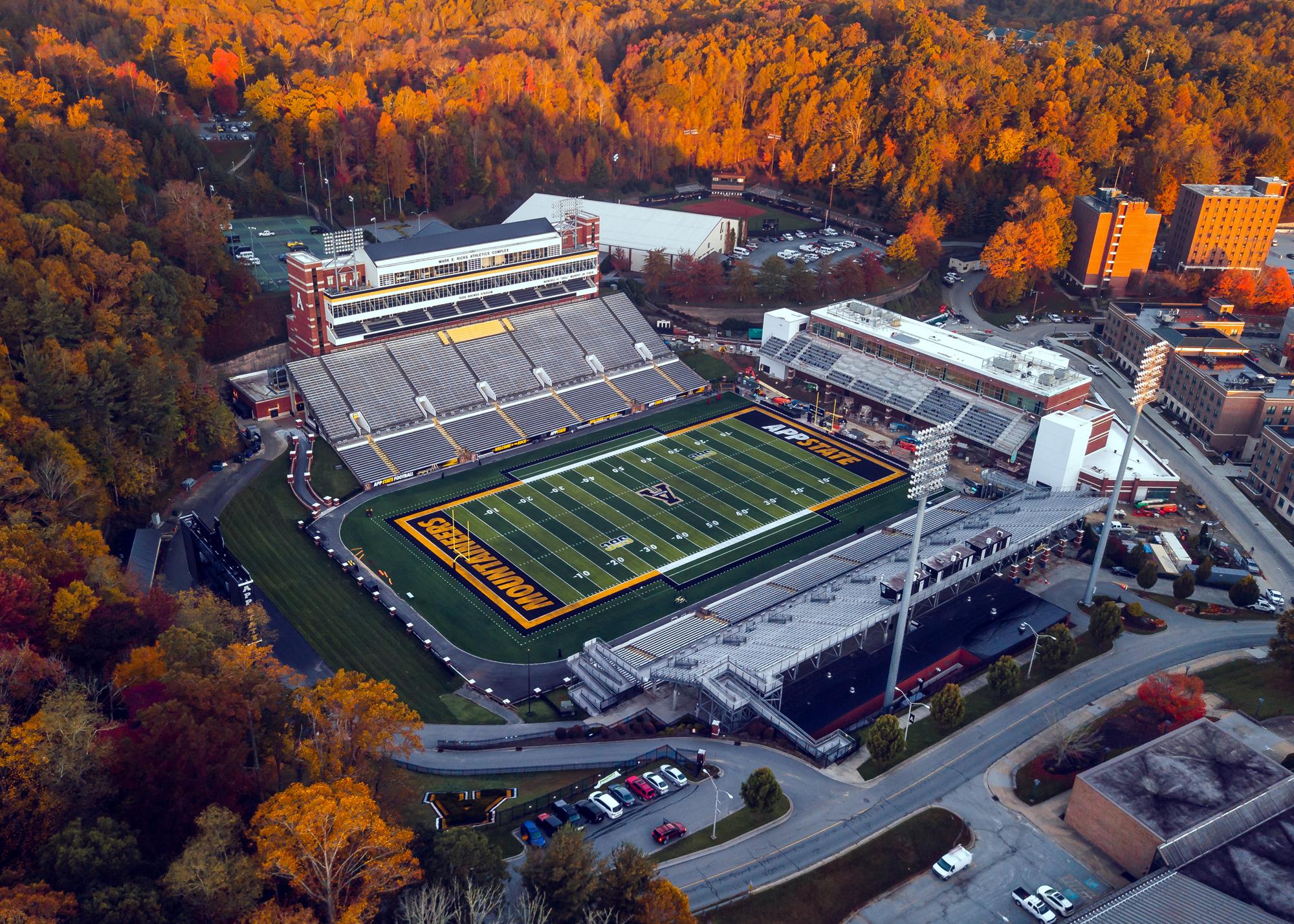 The Mountaineers finished with a decent mark of 9-3 but it’s a tribute to the state of the program when that’s considered to be a disappointment. They lost to the JUGGERNAUT Chanticleers which put them behind the 8-ball and then lost another conference game later in the year when the Cajuns came to town (L 24-21). That was the first time these guys lost more than one conference game since 2014. They finished on a good note by mopping the floor with North Texas in the Myrtle Beach Bowl (W 56-28).

There certainly wasn’t a problem with the rushing attack LY as the Mountaineers PULVERIZED their opposition to the tune of 265 YPG (#6 FBS). Bad news for Sun Belt foes. The top-3 RBs all return and they combined for over 2,200 (!) yards and 22 rushing TDs in 2020. Camerun Peoples led the way with 1,124 yards and 12 scores. THE HITS KEEP COMING when you consider that they add Notre Dame transfer Jahmir Smith the mix. The 78 MILLION DOLLAR QUESTION is what kind of QB play will they get? They’ve been spoiled for a long time with efficient QB play (Z Thomas, T Lamb) and now it’ll likely be up to Duke transfer Chase Brice to lead the way (55%, 10 TD…..15 INT LY). Brice will have everyone of consequence back at TE and WR and note that star WR Corey Sutton is also in the mix (opt out LY, 17 TDs 2018-2019). The Mountaineers lose some serious talent on the OL and return just a pair of starters to the group.

The defense definitely showed up AGAIN last season and they were particularly stingy vs opposing THROW GAMES. They finished #4 in the FBS (!) in pass efficiency defense and allowed just 48% completions whilst booking a fine 13-15 TD to INT ratio. It’s nitpicking, but the run D was a bit soft as they allowed more than 4 YPC and 150 YPG for the first time since 2014. Ten starters return on D and they have solid players at each level of the defense. DE Demetrius Taylor led the team in sacks a season ago and booked 13 TFL and 8 QBH. LBs D’Marco Jackson and Brendan Harrington were both in the T5 in tackles, and the secondary is loaded with an experienced safety tandem and ace CB Shaun Jolly. This stop unit is ROCK solid.

The Mountaineers could use more consistency out of PK Chandler Staton who made 13-19 FGs in 2020. P Xavier Subotsch had an impressive 40.0 yard net. KR Jalen Virgil returned a kickoff to the HIZZY JIZZY WIZZY in 2020.

Overall – They have an intriguing road game at YOUR Miami Hurricanes and have a revenge game with Marshall in non-conference play. Their first three FUN BELT games are tough (at Georgia St, at Louisiana, Coastal Carolina).

We have them pegged at 9-3 and think this is the right number. Would go ‘over’ 8.5 if you can find one out there but we seriously doubt it.

Appalachian St is an impressive 6-0 in bowl games. Straight FIRE, yo.

The Mountaineers definitely have a roster capable of scooping up the Sun Belt Championship, but to be fair, it won’t be as easy as in the “old days”. Coastal Carolina is a JUGGERNAUT and Louisiana is really good. They also have to break in a new QB and it’s still not clear what to expect from HC Shawn Clark. The Coastal Carolina match-up on October 20th will be MUST SEE TV.