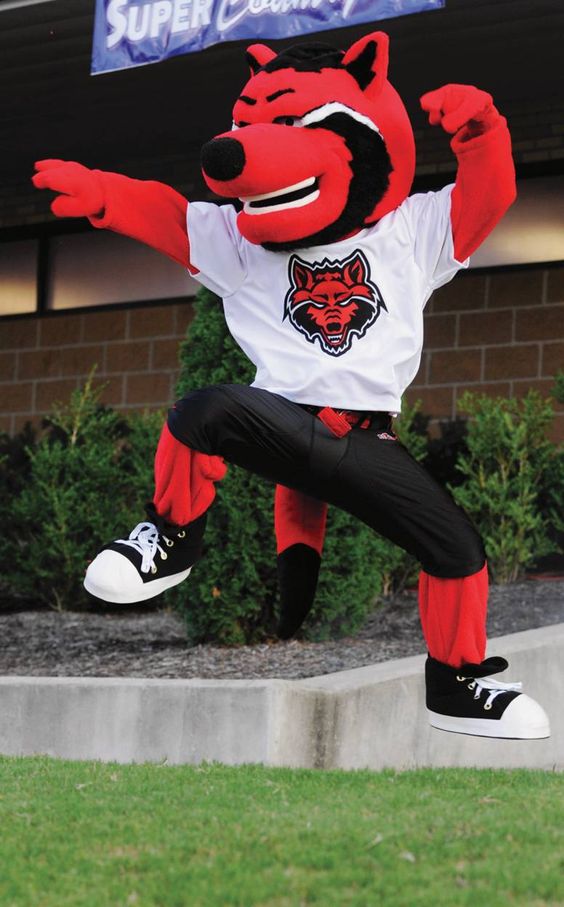 The Red Wolves fell a bit short of expectations by failing to win the division and finishing up with a record of 8-5. They dropped three conference games in a four-game stretch mid-season that put them in a deep hole from which they couldn’t recover. Arkansas St finished strong and won their final four regular season games before falling to Nevada in a tightly-contested Arizona Bowl by a score of 16-13.

This program has been a model of consistency and their last losing season came back in 2010. Furthermore, while this used to be destination known for being a HEAD COACH CAROUSEL, Blake Anderson is now in his 6th season in Jonesboro.

It’s almost impossible to get better on offense when you lose your #2 all-time leading passer but that’s exactly the challenge that lies ahead. QB Justice Hansen finished off his career at Arkansas St in fine fashion (3,447, 27-9 TD to INT) and now it’s time for former back-up Logan Bonner to show us what he can do. Bonner has a strong arm and plenty of weapons at his disposal but it remains to be seen how the offense will look with him at the controls.

The Red Wolves bring back #1 RB Marcel Murray to the mix and he racked up over 800 rushing yards last year (5.6) and caught 16 passes out of the backfield. They lose quite a bit of depth from the RB corps but add in a potential SURPRISE PACKAGE in RB Ryan Graham who is a junior college transfer. The WR group is experienced and LOADED. Kirk Merritt led the team with over 1,000 yards and 7 TD receptions last season and keep your eye on Oklahoma transfer Dahu Green who missed LY due to injury. The offensive line returns three starters and the big men did a good job a season ago paving the way for 185 YPG rushing whilst allowing just 24 sacks on over 450 attempts.

The offense is going to be either really good, or excellent if Logan Bonner can jump right in and look the part of a top-notch Sun Belt QB. <grabs popcorn>

The Red Wolves played pretty good defense last year (#4 Sun Belt) and were particularly adept at getting PENETRATION as they were 2nd in the conference in sacks (35). The Red Wolves are definitely going to miss Sun Belt Defensive POY Ronheen Bingham who led the squad in sacks (9.5) and TFL (18.5) a season ago but their DL still appears to be stacked and the strength of the stop unit. They are yuuuuge inside and will almost certainly still be able to get pressure on the QB. The back-seven on defense appears strong with leading tackler Darreon Jackson back for duty, and the Red Wolves allowed just 57% completions in 2018.

We worry about the departure of their fine DC Joe Cauthen who is off to Houston but there is still plenty of talent on hand. They also need to do a better job vs the run (192 YPG LY). We forecast mild improvement over the previous two campaigns (25.6, 25.8 PPG) and feel their defense will be good enough to support a run for the division crown.

Things look fine. P Cody Grace had a net over 40 yards LY and PK Blake Grupe connected on 14/21 FGs, albeit he was just 2/5 from 40+ yards. The return units could help out with a bit more explosiveness.

Overall – Things look favorable. The only unwinnable game on the slate is a road date with Georgia. They avoid Appalachian St and get to face their prime rival for the West division title (Louisiana) at home. Only two of their final six games are on the road.

Potential ATS Trouble Spot – Nothing to note as we approach press time.

That looks like a tough number to beat. Slight lean to the ‘over’ but don’t think we’ll jump in the pool.

Arkansas St was nicknamed the Indians until the NCAA placed a ban on that Native American reference.

Be sure to take in this year’s edition of the “Border Brawl” which features Arkansas St and Texas St.

Everything looks in order other than the uncertainty surrounding a new QB. The Red Wolves are wonderfully consistent, but at the same time, spectacularly inconsistent. They win seven or more games every year BUT are equally likely to have a pair of turnovers and six personal fouls during the COIN TOSS.

Arkansas St has essentially been a .500 ATS proposition over the past three seasons. We recommend focusing on them when they have the role of home favorite as they play well in Jonesboro. They are 45-12 SU at home over the past 10 years and 29-19 ATS (60%) as home chalk. Let’s go!