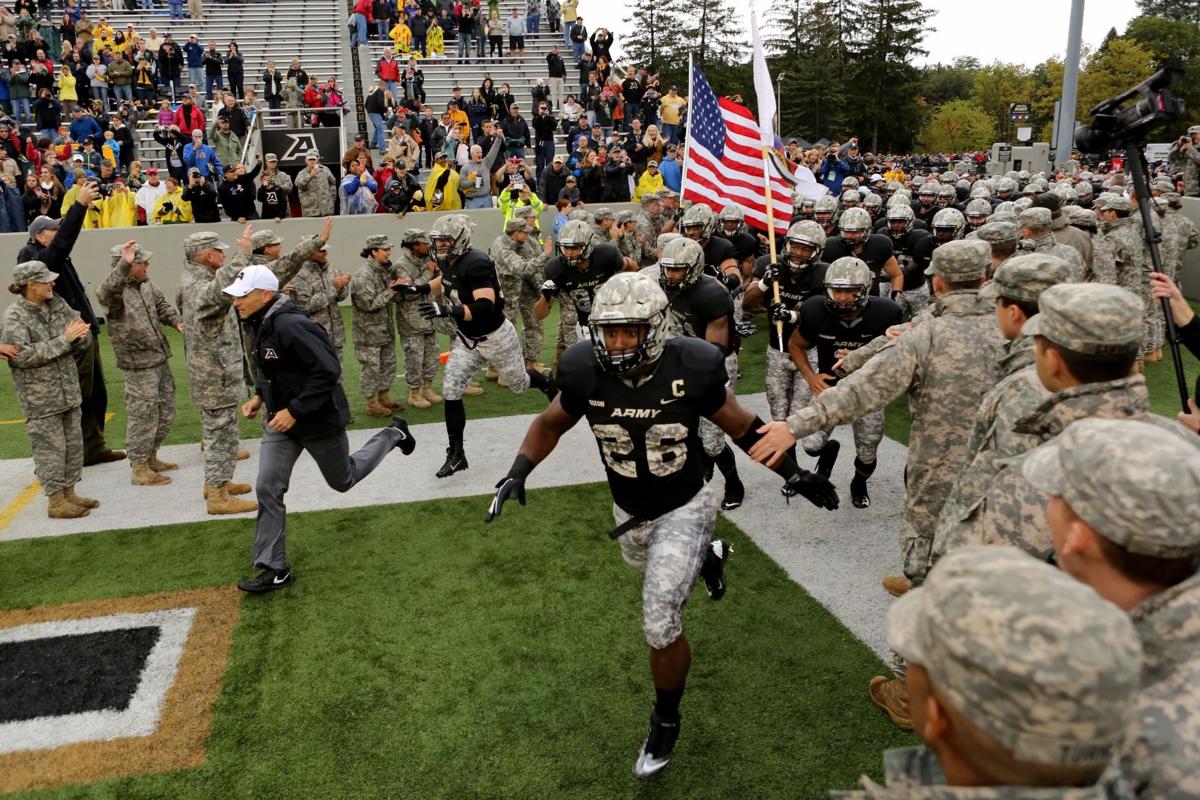 The Black Knights collected nine wins and a COMMANDER-IN-CHIEF’S Trophy and rebounded nicely off a disappointing 2019 season (5-8). They outscored their rivals from Navy and Air Force by a combined score of 25-7 at the end of the regular season and then went head to head with West Virginia in the Liberty Bowl only to lose by three points (L 24-21).

The Black Knights BLUDGEONED their opponents with the ground game as per usual to the tune of 273 YPG (#4 FBS). They didn’t get to the ‘300’ mark like from 2016-2018 but they were efficient on 3rd and 4th downs and owned the time of possession (34 min, #6 FBS). Army was forced to use a lot of QBs LY due to injuries and might have the best depth we’ve seen from a service academy at this position. We’ll give Tyhier Tyler the nod (led team, 578 rush LY) but recall that Jabari Laws averaged over 6 YPC in 2019 whilst completing 16/20 pass attempts. Lots of experience returns at RB including Jakobi Buchanan (6 TD) and the electric Tyrell Robinson who averaged 7 YPC and also led the team in receiving yards (19.5, 2 TD). And don’t sleep on a sneaky group of TEs in the rarely-used THROW GAME. Only one starter returns up front but they always find a way to cobble together a strong unit. This offense looks really good heading into 2021.

The Black Knights finished NUMBER ONE (!) in the FBS in total defense and allowed a paltry 275 YPG. They only allowed 14.8 PPG which placed them 2nd in the FBS in scoring defense. Six of the top seven tacklers are back this year but they’ll miss #1 tackler and ace LB Jon Rhattigan. They look rock solid up front with the return of their excellent NG Nolan Cockrill and the secondary returns a ton of experience after finishing #25 in the FBS in pass efficiency D in 2020. They picked off 14 passes LY and finished T9 in the country in INTs. Safety Cedric Cunningham is a BEAST.

Overall – There’s only one “unwinnable” game (at Wisconsin), if there’s such a thing when talking about Army. There are some sneaky tough games ON THE HIGHWAY (Georgia St, Ball St, Liberty) in addition to the visit to Madison.

This game pops up before the big game with Navy (two weeks later) and note that Liberty can really SCORE THE FOOTBALL.

No leanage. We have them pegged at eight wins.

Army has won the Commander-In-Chief’s Trophy in three of the last four seasons. Navy bagged it in 2019.

The Black Knights look to be a HOT HANDFUL once again. They look really good on both sides of the football and have excellent depth at QB. The road docket is challenging but this appears to be a better team on paper than last year’s squad. We give them a shot at matching or eclipsing their 2020 win total and make them the favorite to take down another Commander-In-Chief’s Trophy.