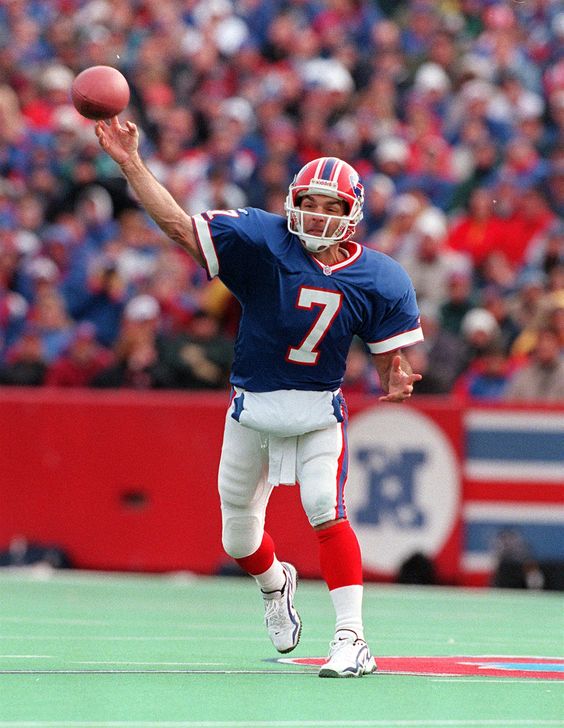 Nobody saw that coming.

Boston College rattled off their fifth SEVEN-win season in the past six years (yes, EXACTLY seven wins) and managed to pick up a few decent victories along the way. They won road contests at Wake Forest and Virginia Tech and managed to beat YOUR Miami Hurricanes as home underdogs. The bad news? They come into this season with a bit of a bad taste in their mouths as they lost their final three games of the regular season (Clemson, at Florida St, Syracuse) and had their bowl date with Boise St cancelled due to weather.

Should we just pencil in another seven-win campaign?

The Eagles have increased their scoring output in each of the last three seasons (32.0 LY) and at least have the QB/RB combo to inflict more damage. QB Anthony Brown is a bit inconsistent but he is still just a junior that has tossed 31 TDs in his first two seasons (18 INT). MEGALOCKS favorite RB AJ Dillon is one of the premier weapons in all of college football and will hopefully get a chance to dominate without dealing with nagging injuries. Dillon followed up his 1,589-yard rushing campaign from 2017 (14 TDs) with another 1,108 yards and 10 TDs in just 10 games LY.

The WR group lost quite a few guys and the Eagles will miss reliable TE Tommy Sweeney who caught 32 balls a season ago and is off to the NFL (Bills). The OL is a bit of a worry, although BC seems to turn out solid offensive linemen like nobody’s business. Losing an AA talent like Chris Lindstrom (#1 pick – Falcons) is never a good thing, but maybe Boston College can pick up where they left off? They have averaged a tidy 189 and 220 YPG rushing over the past two years.

We call for a slight decrease in offensive production but think they can finish with about 28-30 PPG.

Things have slid since DC Don Brown left to join the Michigan Wolverines. Boston College has yielded 25.7, 22.8 and 25.0 PPG after allowing just 15.3 and 21.3 PPG in the previous two campaigns. The news is not great this year as they only return three starters to the stop unit and lose five of their top-seven tacklers. DE Zach Allen is going to be virtually impossible to replace as he led the team in sacks (6.5), TFL (15) and QBH (11) in 2018. The LB unit is the strength of the defense as they bring back a pair of excellent players in Isaiah McDuffie and Max Richardson who combined for over 160 tackles and 14.5 TFL a season ago. The Eagles allowed 248 YPG passing last year (#10 ACC) and must replace their entire starting secondary.

It seems to us that the Eagles are likely to take a step backwards on defense and will likely yield 400+ YPG for the second consecutive season.

YIKES. Boston College sported mediocre special teams last year and engage in a significant reboot heading into 2019. The only returnee of note is P Grant Carlson but he struggled in 2018 posting a 33.9 yard net (#121 FBS).

Overall – They open up with a tough Hokies squad, but at least they get that game at home. The next five games could (should?) all be wins. THEN it gets real. The back-half of the docket is nasty and they must navigate a five-game stretch that includes road games at Clemson, Syracuse, and Notre Dame.

The Eagles will be coming off big road tests in back-to-back weeks (at Clemson, at Syracuse) and the Noles have won four of the last five meetings.

Our prospects are not that high for the Eagles this season BUT those first six games? HAAAAAA. They will almost certainly have 4-5 wins heading into the tough part of their schedule. Slightest of leans to the under.

Your pal Tom Coughlin (Yes, THAT Tom Coughlin) had a record of 21-13-1 as HC with the Eagles. The highlight of his tenure was a delightful 41-39 win over Notre Dame that marked the first time BC had ever beaten the Irish. It was also the first and only time that the Eagles have tasted victory over a #1 ranked team.

There are more questions than answers with this squad. The offense should be fine but can QB Anthony Brown and AJ Dillon stay healthy? The defense is undergoing a massive transformation and the special teams look anything but ‘special’ on paper. These guys will play tough and play smart, but they will almost certainly max out at six, maybe seven wins.

The Eagles have done a REALLY good job ATS under HC Addazio booking a mark of 42-32-2 (57%) vs the point spread. Our prediction is that Boston College fails to meet market expectations more often than not in 2019.