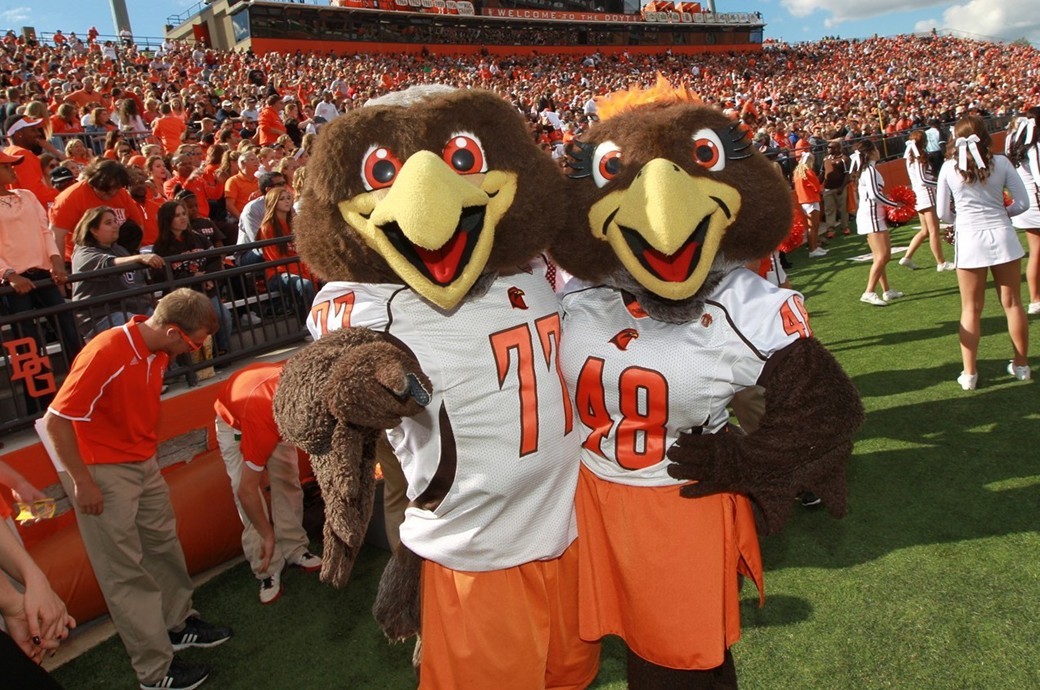 We knew that the Falcons were going to be a HOT MESS but they just might have exceeded expectations. The five game scamdemic schedule was a bit nasty but they were outscored 225-57, and that included getting POLEAXED by Akron. There’s not much else to say.

Let’s check in with the 2021 squad and see if there is any hope.

The QB play was atrocious LY and they booked a 1-7 (!) TD to INT ratio whilst completing just 43% of their attempts. Starter Matt McDonald is back in the mix and he’ll likely battle something called a Drew Gunther for the starting gig. The TE/WR group is a bit of a mystery given that there’s essentially no experience returning AND they lost NFL (!) bound TE Quintin Morris who is now set to dominate with the Bills. Hopefully, Washington transfer WR Austin Osborne can make an impact. The good news is that they have a legit #1 RB in Terion Stewart to rely upon and he put up some fine numbers in 2020 (295, 8.0, 4 TD). The Falcons also have a small handful of youngsters on the roster that will provide depth, and maybe some upside. They’ll be running behind an inexperienced line that loses their starting C and LT.

It wasn’t pretty, yo. The Falcons allowed 45 PPG and an impossible 310 yards/game on the ground. There’s a lot of work to be done and only two of their top-seven tacklers are back in the mix. We suppose that could be a good thing? In any event, there’s experience and decent size up front and they add a P5 transfer from Minnesota. The LB unit took a hit with transfers but they return #1 tackler Darren Anders who also tallied 4.5 TFL. Depth is obviously a concern as they’ll be utilizing four linebackers in their base formation this year. Their secondary is relatively experienced but note that the Falcons had, wait for it, ZERO interceptions last season (12 TD). They could definitely use an improved pass rush to help things out (7 sacks, 5G LY). New DC Eric Lewis has a big job ahead.

Nate Needham connected on 5-7 FGA LY and P Matt Naranjo averaged an acceptable 39.3 yards per punt. As a team, however, they finished #126 in net punting. They need to find a replacement for their fine KR Bryson Denley (27.5).

Overall – As crazy as it sounds, there are a small handful of winnable games on the docket. They get a nice draw out of the West (Northern Illinois, Eastern Michigan).

Yup. It’s unthinkable, but as bad as this team looks on paper, they do have a game with Murray St. It’s more likely than not that they sneak one out in MAC play.

HC Scot Loeffler is 3-14 in his two years at Bowling Green and all eighteen of those losses have been by 18 points or more. That’s a FACT CHECK TRUE.

This is going to be another long season for the Falcons. They’ll have a puncher’s chance in a few games and we’d be surprised if they didn’t find a way to bag or win, or maybe two. Definitely more upside than downside but it’ll be hard to back this squad vs the Vegas number until they get something close to capable QB play.