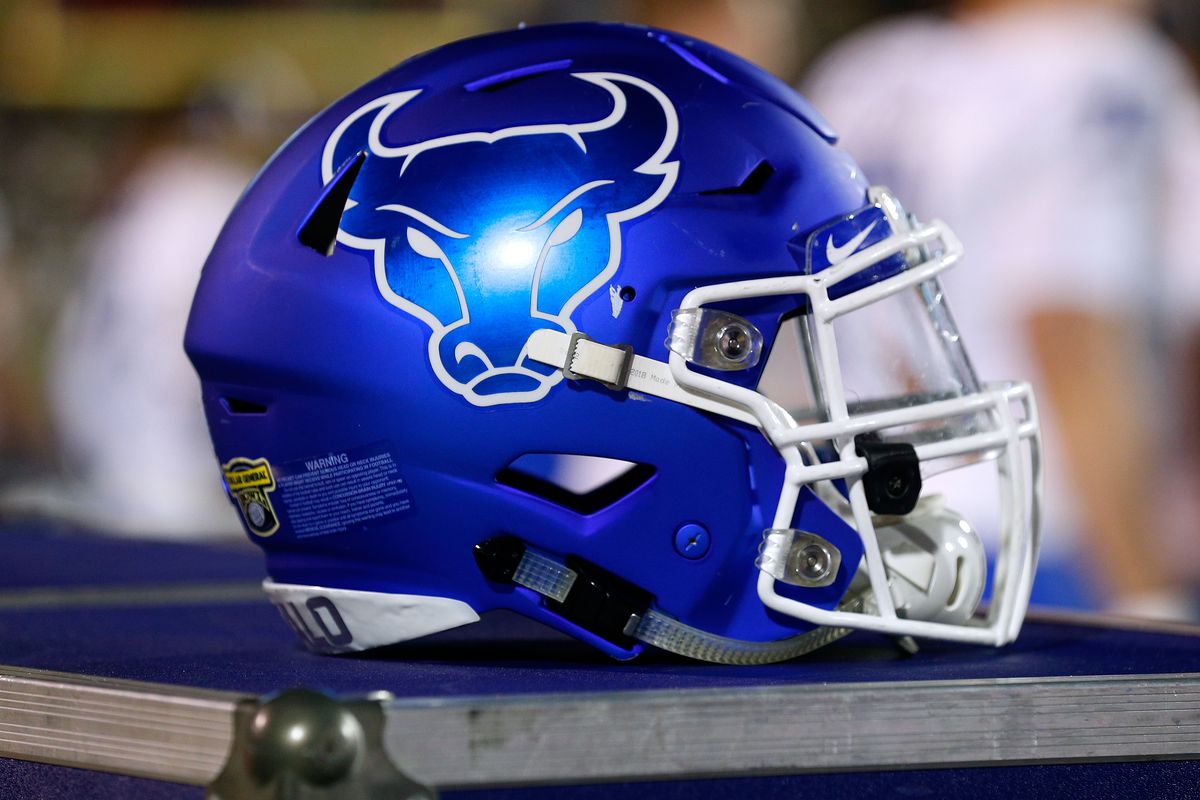 The Bulls rolled through the shortened scamdemic regular season schedule and rattled off five straight wins whilst scoring 42+ on each occasion. The dream of a MAC title went down the toilet when they were upset by the feisty Ball St Cardinals (L 38-28) as double digit favorites. They beat a solid Marshall squad 17-10 in the Camellia Bowl to finish things up with a mark of 6-1. Former HC Lance Leipold is off to Kansas and the Bulls will look to keep the program near the top of the MAC pecking order in 2021.

The Bulls’ ground game was LETHAL a season ago, and at times, beyond comical. They finished #2 in the FBS in rushing offense (287 YPG) (!) and averaged an impossible 6.7 YPC (#1 FBS). One of the more memorable games of last year was the Bulls 70-41 steamrolling of Kent St in which they rushed for 515 yards (9.5). Jaret Patterson rolled for 409 yards and 8 TDs. He’s off to the NFL (Washington REDSKINS REDSKINS REDSKINS) but Kevin Marks has every shot to book a 1,000-yard season (741, 6.6, 7 TD LY). The offensive line was amazing LY supporting the ground attack whilst allowing just one (!) sack all year. They lose a pair of yuuuuge talents in C Mike Novitsky (Kansas) and G Jacob Gall (Baylor) so it remains to be seen how big of a drop they take in performance in 2021. QB Kyle Vantrease wasn’t asked to do too much LY (62%, 1326, 7-3) but note that he booked TWO 350+ yard games. The THROW GAME takes a big hit with the departure of their top-two receivers in Antonio Nunn and Trevor Wilson, as well as TE Zac Lefebvre (13-169, 13.0, TD). Overall, this looks like an average MAC offense on paper unless some surprises emerge.

The Bulls were #2 in the conference in scoring D LY (21.9) and #1 in total defense (360 YPG) whilst leading the MAC in sacks (20; #5 sacks per game). They lose a lot of talent on the DL including NFL-bound DE Malcolm Koonce (5 sacks LY, led team) as well as MLB Tyree Thompson (#3 tackles), and a pair of starters in the secondary including S Tyrone Hill (#5 tackles, 6 PBU). The good news is that their best defensive player LB James Patterson returns for duty (#1 tackler) and they add a spicy transfer at DT in Josh Rogers (Texas AM) who will likely appreciate the drop in class. The Bulls were #6 in the conference in run D and #3 in pass efficiency D a season ago. We expect similar rankings this year with maybe a bit more risk to the downside given the new coaching staff.

The Bulls have struggled on special teams for a lonnnng time (#108, #129, #125 L3Y per Phil Steele mag) and there’s not much reason for optimism this year. Note that FGK Alex McNulty made just 1-4 FG attempts LY. Yup, that happened. At least KR Ron Cook showed some potential (25.2, 9 KR).

Overall – The non-conference slate isn’t too bad. Things get REAL in a hurry in MACtion play as their first three games are tough ones (Broncos, Kent St, Ohio). They alternate home and road games all year. Amaze your VACCINE-HESITANT CUBICLE BUDDY with that scheduling trivia gem.

The Monarchs will be PURE FILTH this year but it’s possible the Bulls get caught sleepwalking a bit as they have conference play on deck. We won’t be too keen to lay road chalk in this spot.

The Bulls only conference championship came back in 2008 under the tutelage of former CORN legend Turner Gill. They took down Ball St in the MAC Championship Game (W 42-24) that year. The Cardinals turned the tables on Buffalo in 2020.

New HC Maurice Linguist has some big shoes to fill as Lance Leipold did a wonderful job building this program. The coaching staff got off to a late start and that has us a bit worried, not to mention the key departures on both sides of the football. There’s still talent on the roster but we prefer other teams on top of the ticket in terms of winning the MAC East.