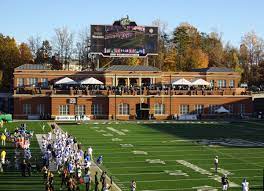 The 49ers sputtered during the shortened 2020 casedemic season and only managed to bag wins over a pair of TOMATO CANS in North Texas and UTEP. They lost their final two contests by a combined tally of 90-38 (Duke, WKU) and will look to regain the momentum they built in 2019 with a seven-win campaign.

It was just a six-game sample but it’s fair to say that the 49ers took a step back on offense LY. They averaged 3.9 YPC (2019 – 5.0) and completed just 55% of their passes (2019 – 61%). The suspect OL play was a major factor and they allowed 16 sacks in 6G LY (#11 C-USA sacks allowed per game). We’re worried about them up front as they lose star C Jaelin Fisher as well as their OL coach. Incumbent QB Chris Reynolds wasn’t as dynamic LY and Texas A&M (!) transfer James Foster will push for the starting gig. WR Victor Tucker is a legit #1 option (909, 17.5, 7 TD in 2019) and Charlotte could use another good option or two to emerge. The 49ers are down their top-two rushers from LY and hope that Iowa transfer Shadrick Byrd can be a legit starter. Overall, we have doubts about the offense.

Charlotte allowed 32 PPG for the second consecutive year (#10 C-USA) and were particularly soft vs the run (214 YPG, #10 C-USA). They only tallied 5 sacks in 6G which was the worst rate per game in the conference, and recall that they had 36 of those bad boys in 2019. The strength of the defense is at LB where #1 tackler Tyler Murray and #3 Luke Martin return for duty, and it doesn’t hurt to add South Carolina transfer LB Derek Boykins (dnp LY). We’re skeptical about the talent on the DL but they did add a couple of P5 transfers. Speaking of transfers, the secondary adds too many new pieces from P5 schools to mention but we’re particularly excited about safety Davondre Robinson who made 25 starts at East Carolina and should bag a starting role.

Overall – This sounds nuts, but the 49ers could go 0-4 or 4-0 in non-conference play (Duke, Gardner-Webb, Georgia St, Illinois). Ok. Fine. Be that way. 1-3 is the likely outcome. They play WKU, Louisiana Tech, and Marshall in a 4G stretch late in the year.

If it weren’t for the abundance of P5 transfers this would be a 570 STAR LOCKDOWN STEAMER but it’s hard to know how big of an impact the new bodies will make in 2021.

Charlotte’s only bowl game appearance came during the 2019 Bahamas Bowl when they lost to the JUGGERNAUT Buffalo Bulls (L 31-9).

The 49ers caught LIGHTNING IN A BOTTLE in 2019 with some really talented players that carried them to a bowl game. We knew they would take a step back in 2020 but the question is this…..Are they turds? We say NO. First of all, we cheer for them. Second, and most importantly, they added a ton of talent via the transfer portal. Their near-term fortunes are unknown but our best guess is that they struggle this season and finish near the bottom of the division.