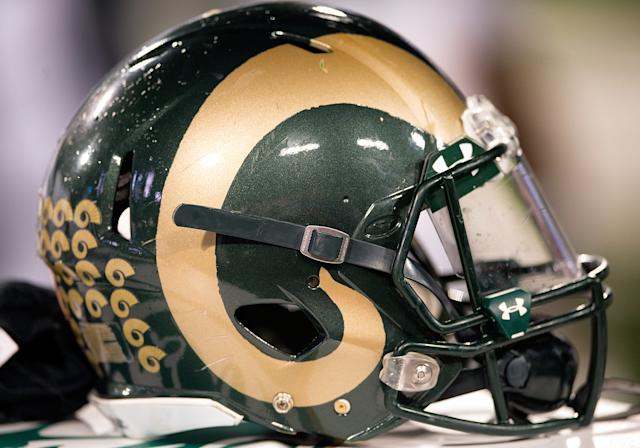 It’s tough to know what to make of last year’s squad that finished 1-3. While it’s hard to get too excited about that record you need to keep in mind that they played a REALLY tough schedule (at Fresno St, Wyoming, at Boise St, at San Diego St). Then again, none of their losses were particularly close. YIKES. Our heads are spinning.

Let’s see what HC Steve Addazio has to work with in his first FULL season in Fort Collins.

The Rams averaged a paltry 22.3 PPG LY (#10 MW) but played really good defenses in three of their four games. The big question mark heading into this season is what to expect at the QB position. Former Temple Owl Todd Centeio is the favorite for the starting gig as we approach press time but he’ll need to step up his game. Maybe some FRESH MEAT at QB will make an impact? The top-two THROW GAME targets are back and they are good ones. TE Trey McBride had 22 (!) catches in 4g and averaged 15 YPC (4 TD). WR Dante Wright also had a good stat line (20-315, 15.8). We just worry about the depth. The yuuuuge addition on offense is RB David Bailey who rushed for over 1,300Y and 14 TDs at Boston College over the past two years. Marcus McElroy provides proven depth (6 TD L2Y). Five starters return on the OL, they have good size, and we trust that Addazio will have this unit ready to roll.

The Rams allowed a respectable 359 YPG LY (#5 MW) but allowed an UNSEEMLY 35.8 PPG thanks to a comedy of errors on special teams. The pass rush was DEVASTATING as they posted 16 of those BAD BOYS in just 4g. 10 starters are back on defense and they should mold into a fine unit. The DL looks nasty with all starters back in the mix including Scott Patchan formerly of YOUR Miami Hurricanes who booked 5.5 sacks in 4g LY (1st team MW). The LB group features the team’s top-two tacklers in Dequan Jackson and Cam’Ron Carter who also combined for 11 TFL. Hopefully the pass defense can tighten up a bit after allowing 250 passing YPG and 61% completions. Hopefully, Temple transfer Linwood Crump can make an impact.

The appears to be a problem area. Everyone of consequence is back BUT they were pretty brutal in 2020. They finished #123 in the Phil Steele special teams rankings, gave up approximately 18,000 blocked punts, and made just 4-7 FG attempts. The good news? P Ryan Stonehouse is really good when he has more than .000008 seconds to get rid of the ball.

Overall – They have a couple of tough non-conference road games (Toledo, Iowa) but get most of their tough conference games at home (San Jose St, Boise St, Air Force, Nevada). They miss San Diego St from the West.

This could be a lay down and die spot given it’s their 2nd straight non-conference road game and Mountain West play is up next after a bye (San Jose St).

The schedule is a bit on the evil side but we think they can cobble together 5+ wins.

This is one of the more interesting teams in the GROUP OF FIVE. We didn’t get a chance to see what they were made of last year and they have an underrated roster heading into 2021. They’ll need to get good QB play but the front seven on defense is solid and they’ll wear out a lot of opponents with the rushing attack. Hmm. Looks like a Mountain West SURPRISE PACKAGE.