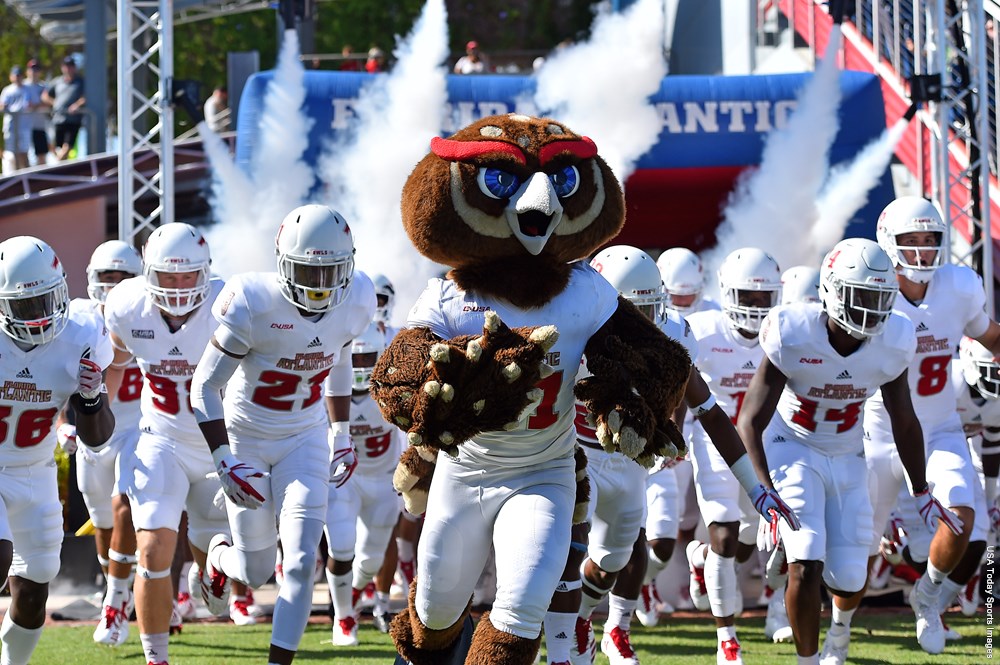 The Owls got off to a 4-1 start and those wins included triumphs over UTSA and Western Kentucky. They dropped their final two regular season games which were road tests at Georgia Southern and Southern Miss and followed that up with a Montgomery Bowl disappointment vs Memphis (L 25-10). Let’s check in with team and see how things are setting up for 2021.

The Owls scored at an impossibly-low rate LY (18.9 PPG, #115 FBS) and did pretty much SQUAT through the air (#117 passing offense). N’Kosi Perry comes over from YOUR Miami Hurricanes and is the most likely starter. Had his moments with the Canes and left there with a career 24-10 TD to INT mark. Last year’s starter Nick Tronti hangs around and the “running” QB Javion Posey moves to WR. The majority of the targets in the THROW GAME are back including #1 WR TJ Chase (23-334, 14.5, 2 TD) and they get back John Mitchell who was solid in 2019 (38-488, 5 TD). The RB situation is excellent with the return of their top-two (Charles, Davidson) and they get a yuuuge addition on Johnny Ford from South Florida who averaged over 6 YPC in 3Y with the Bulls (and 31 receptions). Five starters return up front and they add a pair of P5 transfers. We expect much bigger things from the offense.

The Owls were REALLY good on defense LY and the stop unit essentially carried the team. They allowed just 17.4 PPG (#9 FBS) and were particularly strong vs the pass (#10 FBS pass efficiency D, 55%, 9-6 TD to INT). Ace DC Jim Leavitt will be tough to replace but Mike Stoops is a veteran with good defensive chops, and it’s good to see that almost the entire 2-deep returns for duty. The loss of killer pass rusher LB Leighton McCarthy is yuuuuge (9 sacks ! LY) but this unit is CHOCK-FULL of talent with the return of their top-three tacklers (Lasater, Ross, Brice; combined 15 TFL) AND they get back 2019’s #2 tackler LB Akileis Leroy (7.5 sacks). DE Jaylen Joyner contributed 6 sacks LY and note that the Owls were #1 in C-USA in sacks/game in 2020. The secondary looks rock solid. It’s too much to ask for them to allow fewer than 20 PPG this year but they’re still one of the better defenses in the conference.

Last year’s average group returns the majority of the key contributors but they’ll need to find a replacement for PK Vladimir Rivas who hit 8/10 FGA in 2020. Dare we say it looks average again?

Overall – They’ve got a pair of nasty non-conference games to deal with (Florida, Air Force) and must face the Blazers on the road. They miss UTSA and get to play UTEP which is good. Marshall has to travel to Boca Raton.

This could be the most talented team in the division. We have them projected to win seven or eight games.

Despite commanding billions wherever he goes HC Willie Taggart has a career record of 62-67.

The Owls have won two of the last four Conference USA titles and are right in the mix to bag another one. They look really good on both sides of the football and get to face the Thundering Herd on their home field. The November 20th road trip to face Western Kentucky LOOMS LARGE. Our pick to click in the East.