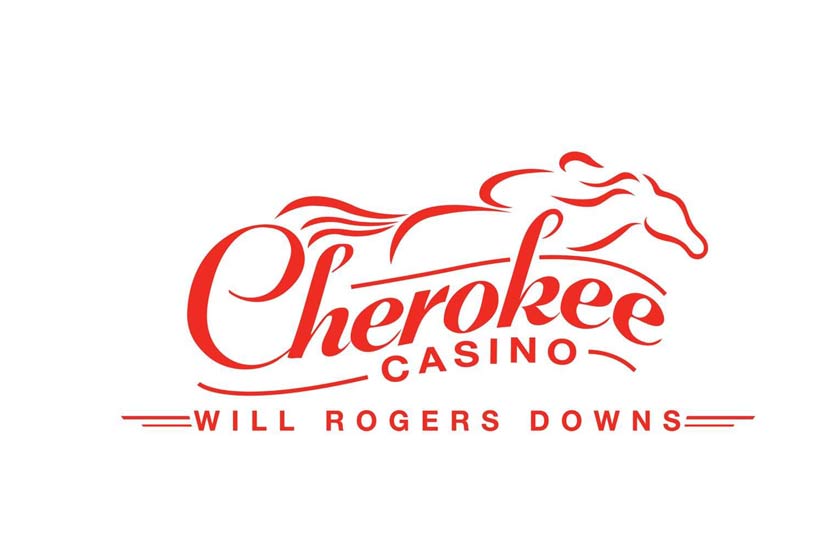 Hope everyone is hanging in there and all is well with family and friends. For those who wish to partake in a little sweet thoroughbred racing action we have assembled some thoughts for the Will Rogers Downs card for today! The field sizes are good. The racing is underrated and very competitive.

Best of luck if you take a stab or two! Play safe and have fun.

Most likely winner – #6 Love to Learn

MEGALOCKS Will Rogers Downs Insider says……Let’s start digging into another great Will Rogers Downs racing card!…..#6 Love to Learn rolls in off an “A” performance according to our RACE REPLAY SQUAD and has impeccable connections (Wethey Jr / Young)…..She is 2/21 lifetime but 1/1 in the S Young barn…..Note how she got away well in that first start for this conditioner and we expect another decent trip from post 6……#3 Kiana’s Love makes her first start on dirt and she is 1/1 in the care of trainer W Morey……Nice looking victory last time out and will try to duplicate the form she showed in that win at Turfway Park….#5 Lila’s Lucky Lady has been off a long time (September) but as we noted yesterday, trainer M Biehler does well with horses that have been on the bench a long time, and he did indeed score with a runner that had been off the shelf for 128 days…..This filly has been off a bit longer (233 days) but she displays a fine set of 5F works…..May need a start but could also SHOCK THE WORLD dropping from an allowance race into a NW3 claiming event.

MEGALOCKS Will Rogers Downs Insider says……Interesting way to kick of the P5!….#6 Assay comes into this tilt off an “A” race and gets a MONSTER jockey change to D Cabrera……It’s worth noting the 1/24 career mark and that all eight of his competitors in the March 23 race failed to repeat next time out and only one of them hit the top-3…..Feel like he will get every shot to win this one with Cabrera up but he’s certainly no LOCK……#4 Native River took a field of maiden claimers COAST TO COAST two starts back but packed in the tent last race….He takes a slight drop in class and note the sneaky jockey change to C Kimes (MEGALOCKS WILL ROGERS DOWNS CLUB hit on a nice-priced winner with a C Kimes change yesterday)…….He will take them as far as he can…..Note that his first two races this year (both “A”) were on wet tracks so let’s hope that his 12.0.0.2 mark on fast dirt is nothing to worry about……Include in multi-leg wagers wouldn’t make a win bet unless 5-1 or more……#7 A La Omega also posted an “A” effort last time out and now moves up from the MCL ranks….Ace jockey F Wethey Jr stays aboard and should get a good trip…..Note that the 2nd place horse in the race that he won on March 31 came back to win next time out…..#1 Owen the Great made our Watch List in each of his first two starts but much like a horse in a similar circumstance yesterday we wonder of he needs a softer pace set-up to win…..If he chases #4 from the bell we don’t think he has the MINERALS to hang on……#8 Proud Moments hasn’t impressed us and now gets the outside gate…..Has a few figs good enough to win but we’ll look elsewhere on top.

FUN WITH NUMBERS…..Horses leaving from posts 7+ are just 2/42 this meet in claiming events at this distance.

Most likely winner – #3 Cheers and Prayers

MEGALOCKS Will Rogers Downs Insider says……Will take a deep breath and try to beat a couple of horses that are sure to be bet relatively heavily…..We’ll probably use them in the Pick 4 but as far as the horizontal wagers in this race we will roll with 3,9, or 10 on top…….#3 Cheers and Prayers makes his 2nd start off a layoff, gets an EPIC jockey switch to F Wethey Jr, and is 10/27 lifetime…..Trainer A Morales is 0/19 at the meet but note that this is the first time in 2020 that he has used Wethey Jr…..#10 Soul of Discretion gets a drop in class and a nice rider switch to S Bermudez…..He is 3/30 life and 1/19 at the distance but shows competitive figs and should be a decent price……#9 Kiss My Note could SHOCK THE WORLD coming in from Turfway Park…..Trainer M Yates in 2/3 at the meet and finds a relatively easy spot for a horse that is 0/11 on dirt but shows some figs that might get him in the mix….Sprinkle a bit with this guy if you are a believer don’t go nuts……#8 Texas Long Bow comes out of the excellent Diodoro barn and makes another yuuuuge drop in class…..Last race was a disaster and the running lines don’t inspire much confidence…..Almost certain to be the fav but we will try and beat him in Race 3 horizontal wagering action…..#11 Unleash the Beast has a tough post (see below) and ships in from Turf Paradise….Not super keen on using short priced horses from that track at first asking although Silva and Eikleberry teamed up for a winning shipper from TUP earlier this meet.

MEGALOCKS Will Rogers Downs Insider says……The WHITE HOT combo of trainer K Broberg and MEGALOCKS MT RUSHMORE JOCKEY D Cabrera team up to send #6 Paddy O to the gate in this 1M claiming event…..The figs lay over the field and her last race was a razor sharp win…..Note that Delta Downs shippers are just 1/10 at the meet but that horse did have the same combo as we see today…..#1 Syrah comes in from Oaklawn Park and has impeccable connections (Wethey Jr, Pruitt) to go along with a drop in class and great draw…..#8 Indian Gem is another Broberg runner and check out just HOW HOT Broberg has been over the last 20 days (see below)….She takes a drop and will be glad not to see Pretty Britches who won by 7 lengths in the March 31 race…..#9 Baronet keeps S Bermudez as the pilot and she closed nicely in her last race at Turfway Park and has a proven ability to pass horses…..We’ll use her for 3rd and 4th in vertical wagering action…..#7 Undivided has a legit shot but takes a slight rise in class (straight claimer) and note both of her recent solid efforts were on a wet track…#3 Honest N Lucky is not impossible as she has won two straight races and should be prominent early.

UPDATE. Argh. #6 just a bit “not good enough” and #9 just a bit “too good”. Didn’t see the winner coming. One of the biggest longshots of the entire meet. Nice price if you caught it. Congrats!

MEGALOCKS Will Rogers Downs Insider says……Short field of 5 horses compete in the feature race of the day…..#3 Great Faces shows a fig two races back that would almost certainly win this race but he stopped in his last effort (sloppy track)…..May have to deal with the inside speed of #2 for longer than he wants…..Trainer D Von Hemel has only won two races all year but recall that he did win the feature event on yesterday’s card…..Most likely winner but not a mortal lock…..#6 Caney’s Ghost is a bit of a risk given that he is trying a route of ground for the first time but he might get a good trip sitting behind the speed and adding lasix and jockey D Cabrera can’t hurt…..Will probably be the 3rd choice in the betting and not a bad option if you wanna try and beat the fav…..#5 Southgate doesn’t have the profile we like to see in a race like this (1/8 life) and comes in off a dull turf effort at S Houston….Workout pattern is excellent…..Will use in multi-leg wagers but use more powder on our top-2 picks.

MEGALOCKS Will Rogers Downs Insider says……#4 Hoboken travels in from Sam Houston and gets the Broberg/Cabrera combo in his corner…..Big drop in class and the best figs….Figures to be a tough out…..#1 Corky is 0/9 but leaves like a missile and could take them all the way if he gets a clean break…..Will try and beat #2 World on the win end in this race but probably need to consider in multi-leg wagers….He has burned a TON of money (0/9; 7 time beaten fav) so need to use caution…….#6 Little Bubs has great connections and is a FTS that may get overlooked….Note that this combo scored with a FTS in a maiden claiming event on opening day.

MEGALOCKS Will Rogers Downs Insider says……#6 Concrete Finisher is racing at his best right now and has put together three consecutive strong efforts…..He moves up from the MCL ranks but still looks like the horse to beat in a relatively weak field….#1 Oklahoma Line makes his 2nd start off a layoff and was a close-up 2nd last race….We like the draw and jockey L Wade stays in the irons….#4 Kris Me Deadly has some nice early speed and note that the 2nd place finisher in his last race has come back to win next time out….#5 Jerry’s Vision stretches out and has license to improve having raced just twice as we go to press…..Jockey/Trainer combo works well together.

UPDATE. Congrats VALUE CLUB members. Nice price on #4 after the scratch of #6 before the race. Let’s get that P4 buh buh. 4-1 doesn’t suck buh buh.

Most likely winner – #9 Our Musical Moment

MEGALOCKS Will Rogers Downs Insider says…..Will try and <gulp> beat the Cabrera/Broberg combo leaving from post 1….This runner #1 Ten Count Out should be used in the p3 but we aren’t crazy about her chances as a “key”…..She hasn’t raced at this distance since last May and is a need the lead type that comes out of a turf race….#9 Our Musical Moment had an excuse last time out and drops in class for this tilt….#10 Pretty Britches had a monster win from the rail last race and will certainly be gunning from the start…..#2 Settle Down Eileen doesn’t have the racing style we like but does get the deadly Diodoro/Kennedy combo from post 2 and could take advantage of a speed duel.

MEGALOCKS Will Rogers Downs Insider says…...#6 Kansas City Zip has great connections (Broberg/Cabrera), is razor sharp, and has drawn well in post 6…..Figs also say he is the horse to beat….#5 Man U was dead game in his win on March 23 but we haven’t seen him on the track since March 23 (no booked works) and will try and beat him on the win end….#7 Superior’s Boy has been working well but has been off a while (Nov)……Stop us if you have heard this before but trainer M Biehler is great off the layoff and he clicked with jockey J Shepherd yesterday.

Congrats BEST BET CLUB. Not hard to find that winner tho LOL.

MEGALOCKS Will Rogers Downs Insider says…..Could be another chalky end to the racing card…..#12 Hot’n Toddy makes his first start on dirt and needs to deal with the outside post but he makes his first start in the potent Diodoro barn and has the figs to win this race….#5 Westmount was full of run in the stretch in his last start and is 8/33 lifetime….logical choice….#9 Irish Capital is the best hope for a “longshot” to win this race although he may not get to greater than 8-1…..He has some early get up and go, has a trainer change, and we like the look of his works.