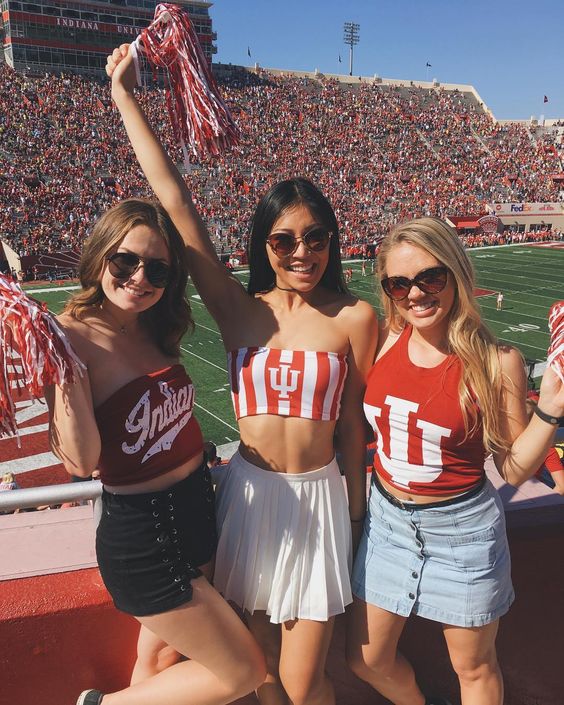 The Hoosiers needed a win over Purdue in the season finale to snag a bowl bid and, for the second consecutive season, they were DENIED by the hated Boilermakers. That makes back-to-back 5-7 campaigns under HC Tom Allen. There were some close calls along the way but Indiana could not gut out enough Big Ten victories. They are 4-14 (!) in conference play under Allen’s watch.

Fun Fact: Indiana is 12-3 in the first five games of the season over the past five years. Is this the year that the Hoosiers start bagging wins after the month of September?

The battle for the starting QB role will be interesting to follow during fall camp. The good news is that the Hoosiers are blessed with depth. Now they just have to find THE MAN. Last season’s starter Peyton Ramsey is a dual-threat dude (66%, 2,875, 19-13 TD to INT, 5 rush TD LY), Michael Penix is in the mix (has the tools, injured last year, check status) as is Utah transfer Jack Tuttle. The skill positions look really good. RB Stevie Scott EXPLODED onto the scene last year and rushed for over 1,100 yards and 10 TDs as a true freshman. There are some interesting youngsters on the depth chart behind Scott as well. The WR group is legit and their top-two men in terms of receiving yards from a season ago are both back for duty (Westbrook, Hale). The offensive line should be fine with three returning starters and size across the board. Our BIG TEN WEIGHTS AND MEASURES INSIDERS advised us to watch out for RT Caleb Jones who will be looking to PANCAKE opposing defenders (6-8, 360).

New OC Kalen DeBoer comes over from Fresno St and we expect him to improve the Hoosiers’ production given the tools in the toolbox. Indiana has averaged 26.4,26.8, and 25.8 PPG over the past three years. We predict they flirt with the 30 PPG mark in 2019.

We project mild improvement for the Indiana defense but they need to do a better job on 3rd downs (42% conversion, #11 Big Ten) and achieve more PENETRATION (22 sacks LY).

JUSTUS IS SERVED when Logan Justus attempts FGs (15/18 LY). The Hoosiers need to reload the return units and get better performance out of P Haydon Whitehead (10th Big Ten net punting). Feels like a mixed bag.

Overall – Three of their first four games should be automatic wins (Ball St, E Illinois, Connecticut) and even the middle of the docket looks doable. If they want to get to a bowl game we politely suggest that they take care of business before the middle of November (at Penn St, Michigan, at Purdue to finish the regular season).

There’s no reason to think they won’t roll the Huskies up BUT consider that they will be laying a boatload of points and this is a big-time SANDWICH GAME falling between important Big Ten match-ups with Ohio St and Michigan St. The Huskies are also coming in off a bye.

This looks perfectly lined. No play for now.

Your pal Lee Corso left Louisville and took over as Indiana head football coach in 1973. Corso led the team to two winning seasons in 1979 and 1980 but finished with an overall record of just 41-68-2 (.378). That seems really bad until you consider that the last Indiana HC to claim a winning record is the legendary Bo McMillin who coached from 1934-1947 and racked up a mark of 63-48-11 (.561). Amaze your PSYCHO EX-GIRLFRIEND with that trivia nugget.

Get ready to have your mind blown. Indiana has only ONE season with a record of .500 or better to their credit since 1994. That came in 2007 when they dominated with a record of 7-6. We think that this team has no excuses this year. Get to a bowl game already, and maybe even pull an upset or two. The schedule has a small handful of patsies and this is one of the more talented Indiana squads we have seen in quite some time.

When it comes to beating the Vegas line, two things are crystal clear. Indiana has a poor record of meeting low market expectations (58-64 ATS L10Y) and not many people are in love with betting on the Hoosiers. The ATS outlook is slightly positive this season as the team is good enough on paper to cause some problems, a limited number of DEGENERATES will be lining up to back these guys, and HC Tom Allen is in year three of a project that might bear some fruit. Don’t go nuts, just keep an open mind.