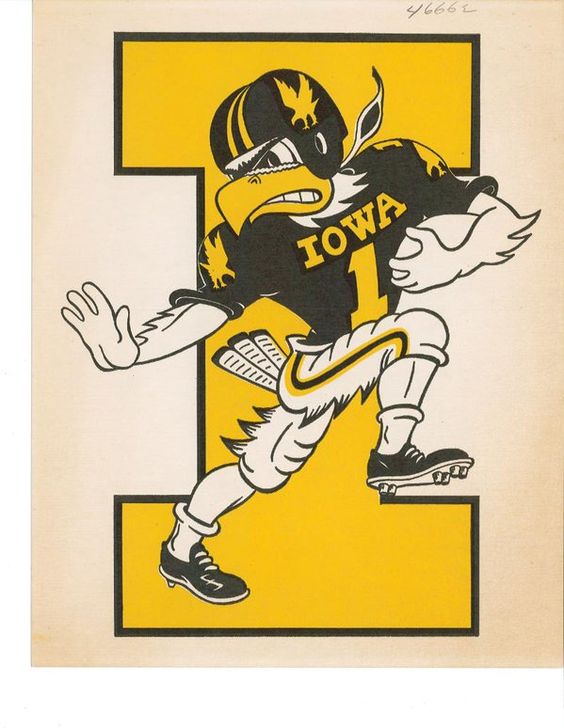 The Hawkeyes started out with a fine mark of 6-1 only to lose their next three conference games and fall out of contention in the division. They rallied well to win their last three contests including an upset win over Mississippi St in the Outback Bowl.

Iowa has bagged an impressive 37 wins over the past four campaigns. Let’s see if they have what it takes to make it back to the Big Ten Championship Game.

Iowa brings back arguably the best QB in the Big Ten in senior Nate Stanley (59%, 2,852, 26-10 TD to INT LY). They averaged a tidy 31 PPG under Stanley’s leadership but will have to move on without some of the key weapons from a season ago. Iowa had one of the best college football TE combos of all-time (!) last year in TJ Hockenson and Noah Fant and BOTH men left early for the NFL draft. Oh ya, and each of them was chosen in round one. Their #1 WR Nick Easley also moves on. The RB corps is loaded and one of the best in the Big Ten. The Sargent/Young/Kelly-Martin TRIFECTA combined for an impressive 1,723 yards and 16 TDs (!) rushing a season ago and they all report back for duty. The OL did great work last season allowing just 16 sacks (T1 Big Ten) while doing a decent job paving the way for their RBs.

The Hawkeyes will obviously miss their pair of star TEs but we still think they can be effective. Expect QB Nate Stanley to rely on the running game and be efficient when called upon. Iowa banked 31 PPG last year but we expect something in the high-20s in 2019.

Iowa has played marvelous defense over the past three years and allowed fewer than 20 PPG on each occasion. The road appears to be a bit more challenging this season as they return just four starters to the equation and need to replace a lot of talent. Among THE DEPARTED are their top-four tacklers from a season ago including the leader in that department (S Jake Gervase), not to mention DE Anthony Nelson (#4 DC Buccaneers) who tallied 9.5 sacks in 2018 and another 4th round NFL DC Amani Hooker (Titans).

The DL is always a strong unit for the Hawkeyes but they need to replace all four starters this year. The good news is that emerging star DE AJ Epenesa returns for battle (10.5 sacks LY) as does partner-in-crime DE Chauncey Golston (9 TFL LY). The back-two layers of the defense should be fine, and in particular, a secondary that returns three starters and who led the team to a nice showing in terms of pass efficiency D a season ago (#3 Big Ten, 19-20 TD to INT).

It seems reasonable to expect Iowa to take a step backwards on defense but we still grade them as an above-average Big Ten unit. Look for them to allow about 20 PPG.

Iowa needs to find a replacement for their reliable PK Miguel Recinos who connected on 8/9 FGs from 40+ yards last year. The punting game needs improvement (#12 Big Ten net punting LY) but at least they should be able to rely upon KR Ihmir Smith-Marsette who averaged almost 30 yards a return on 24 attempts in 2018.

Overall – Iowa typically takes a page from the UCF school of scheduling and this year is no exception. Their out-of-conference docket features home games with Miami Ohio and MTSU and a road date with Iowa St. They have a bit of a tough road in Big Ten play as they visit Michigan, Northwestern, Wisconsin, and Nebraska.

The number feels about right and we might take a nibble of the ‘over’ if the juice comes down to the -120 range.

Kirk Ferentz has booked 20 (!) seasons with the Hawkeyes and is the longest current tenured head coach in the FBS.

In 1979, legendary HC Hayden Fry helped to create the Tiger Hawk, the logo seen on Iowa’s football helmets. Fry’s inspiration came from the Pittsburgh Steelers and he sought to overhaul their uniforms to make them resemble those from the STEEL CITY. Bewilder your latest SURPRISINGLY HOT BLIND DATE with that trivia nugget.

This year’s edition of Iowa football feels like a lot of teams in the Big Ten West division. A team that can win nine or ten games, but also, a squad that can finish 7-5 if the breaks don’t go their way. Iowa has a proven track record of bagging more wins than you would expect AND the schedule is not that tough.

The Hawkeyes are a respectable 54% ATS over the past 10 seasons and it’s usually not a good idea to bet against these guys. We will take a neutral stance to start the season and reassess after they get a few games under their belt.