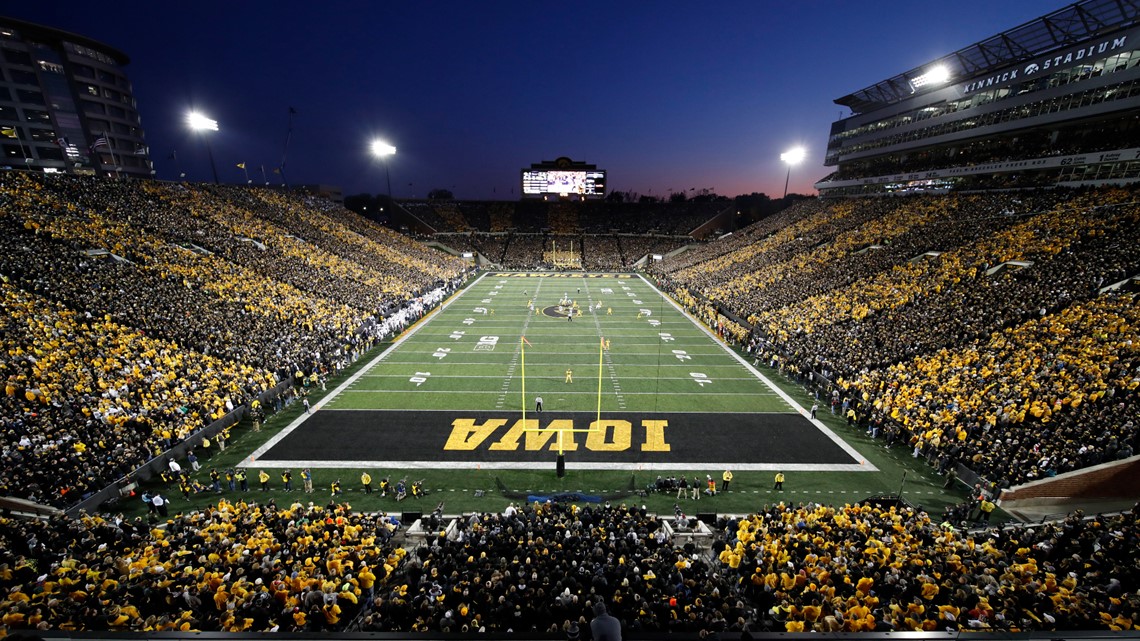 So close, yet so far.

Iowa was just five (!) points away from an undefeated season and finished the truncated scamdemic year with a fine mark of 6-2. After TRADING PAINT with Purdue and PATS CATS to start things off they rattled off six consecutive wins. The only game that was even a competition was the home game with CORN (W 26-20). Their bowl game was cancelled due to the sniffles and they head into 2021 on a six-game winning streak. Let’s go!

It wasn’t too sexy but the Hawkeyes managed to put up 32 PPG whilst maintaining balance between the run (171 YPG) and the THROW GAME (198 YPG). They lose half of their great 1-2 combo at RB but #1 Tyler Goodson is back to lead the unit (762, 5.3, 7 TD) and there’s no doubt Iowa will find a complementary piece. QB Spencer Petras had his ups and downs but was decent overall LY (57%, 9-5 TD to INT). The WR unit is a bit of a BLACK HOLE and they could really use a playmaker or three (#10 Big Ten YPA LY). Losing three starters on the offensive line stings quite a bit but they still have one of the best centers in the country back for duty in Tyler Linderbaum. We forecast a step back in production and worry about the lack of proven playmakers at WR and TE.

Iowa has allowed fewer than 20.0 PPG for five consecutive seasons (!) and they were fantastic during the shortened 2020 casedemic campaign (#2 Big Ten scoring D, #2 total D). There’s some serious production to be replaced as they lose their #1 tackler and a pair of doods that combined for 11 sacks and 22 TFL in 2020 (Chauncey Golston, Daviyon Nixon). They’re young up front and don’t have a ton of size but DE Zach VanValkenburg is good piece to build around (3.5 sacks LY). Seth Benson (#2 tackler) and Jack Campbell headline a good-looking LB corps and you know they’ll play solid pass defense with the return of four starters including excellent FS Jack Koerner.

Overall – The Hawkeyes should be able to take care of Kent St and Colorado St without a problem but the non-conference road game at Iowa St will be a tough one. They miss Ohio St and Michigan from the East but have to face Wisconsin and PATS CATS on the road in back-to-back weeks.

Looks like a prime letdown spot as this tilt comes after the Big Ten opener (Indiana) and the aforementioned slugfest with the Cyclones.

They’ll be in a lot of close games. Nine wins would be one impressive regular season.

This looks like another MEAT GRINDER squad that’ll contend in the competitive Big Ten West division. The offense doesn’t appear to have much PIZZAZZ and they’ll need to rely on the defense (again) to keep things in range, and then pull RABBITS out of the hat. Major contender to make a trip to the Big Ten Conference Championship Game but best guess is that they fall just short.