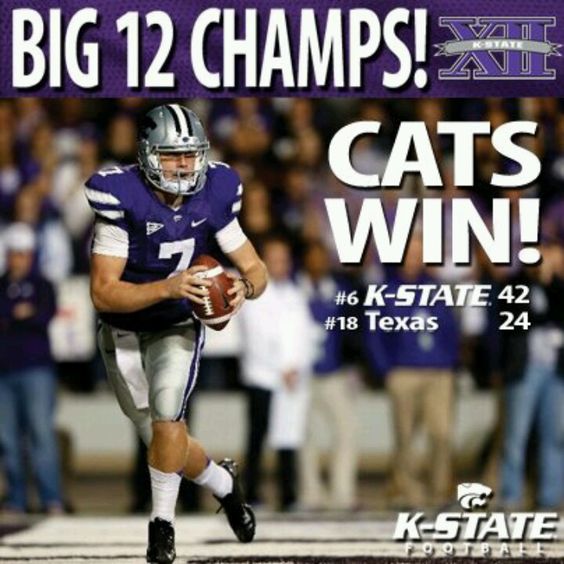 Legendary HC Bill Snyder didn’t get a chance to ride off into the sunset as the Wildcats stumbled to a record of 5-7 and missed a bowl game for the first time since 2009. The killer was a mid-season six-game stretch in which they won just one of six conference games.

The alarm bells start sounding off when you consider that the last time Bill Snyder left the program they were left with something called Ron Prince who booked a pair of losing seasons in Manhattan whilst compiling a record of 17-20. We are happy to report that the Wildcats appear to have made a great choice in their search for a new HC and Chris Klieman is the new sheriff in town. North Dakota St won four (!) FCS Championships under his leadership and the future looks bright for the Wildcats.

The Kansas St attack was OFFENSIVE last year as they finished DEAD LAST in the Big 12 in total offense (345 YPG) whilst averaging a measly 22.5 PPG (also last Big 12). You don’t have to be Oklahoma to compete in this conference but you do need to perform at a higher level than what was displayed last year.

Things look a bit bleak from our perspective. At Kansas St, things work well with mobility at QB and a strong running game. The most likely candidate for the starting QB gig is Skylar Thompson who CHECKS THE BOX on mobility, but may not provide the threat in the THROW game that is necessary to have a balanced offense. The RB group took a major hit when star RB Alex Barnes left early for the NFL (1,355 yards rushing LY, undrafted) and that is a big hole to fill. The Wildcats scooped a couple of talented grad transfer RBs in Jordon Brown (UNC) and James Gilbert (Ball St) so all hope is not lost. It’s a mystery what kind of performance the Wildcats will get out of the WR and TE groups given the departures and uncertain situation at QB.

We expect a slight improvement in the Wildcats’ production but they are still one of the weaker offenses in the Big 12.

Things look pretty good on this side of the ball. The Wildcats were #4 in the Big 12 in total defense last year (403 YPG) and return eight starters including four on the defensive line. The run defense was good a season ago but the Cats need to find a way to get more PENETRATION as they bagged just 18 (!) sacks (LAST Big 12) in 2018. Senior Reggie Walker leads the front four and he was #1 on the squad in sacks (7.5) and TFL (12) last year. Leading tackler LB Da’Quan Patton is back in the mix as are several players who were part of a secondary that helped the Cats rank #2 in the Big 12 in pass efficiency defense.

Kansas St has allowed 25 PPG in each of that past two seasons. We expect a similar mark this year. We love the look of the DL but this is still the Big 12. Points are sometimes just impossible to prevent.

PK Blake Lynch was 14/14 on FG attempts inside 50 yards last year. WHOA NELLIE. They appear set at punter but need to replace the dangerous Isaiah Zuber in the return units.

Overall – It seems reasonable. They start with a couple of FREE SQUARES (Nicholls St, Bowling Green) but then have a tough out-of-conference road test at Mississippi St. The Big 12 road docket looks good as the only nasty one is the November trip to Austin.

This will be the Wildcats third road game in four weeks and their sixth straight week without a bye. They also may have the game circled given that Iowa St prevented them from getting to a bowl game last year.

Lean to the over. The defense looks good enough to get them to six wins.

On November 11, 2000, 53,811 fans witnessed Kansas State defeat YOUR Nebraska Cornhuskers in a 29–28 thriller. This is the largest crowd to ever witness a collegiate sporting event in the state of Kansas.

Kansas State and Kansas first played in 1902 and have faced each other every season since 1911, making it the sixth-longest continuous series in college football history. Kansas St is currently on a 24-5 run and are in possession of the Governor’s Cup.

It will be strange to look at the Kansas St sideline and not see Bill Snyder but there is no reason to think that Chris Klieman can’t do a solid job with the Wildcats, particularly given his coaching credentials and accomplishments. The offense is going to struggle to score points (again) but they are going to be a tough out (again) due to defense and special teams. A bowl appearance seems like a realistic and achievable goal.

Kansas St was an absolute money-making machine under Bill Snyder. They were 59% ATS over the past ten years, but we need to reset our trends and expectations given the change in HC. We advise keeping your powder dry and not backing the Wildcats until they enter conference play. They may provide value on several occasions, but it’s hard to know for sure at this point. Patience, grasshopper.