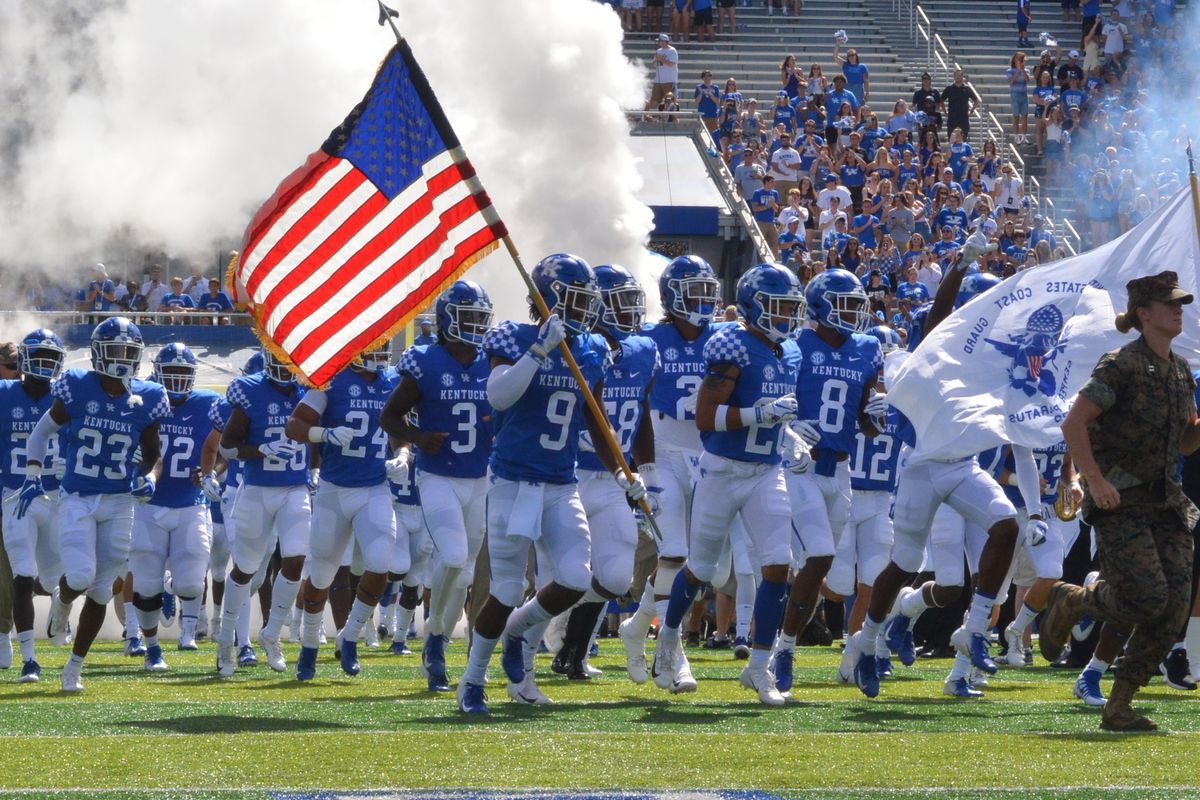 It became clear early on that this wasn’t going to be the Wildcats’ year. They outplayed Auburn in the opener (on the road) and somehow lost and failed to cover the spread (L 29-13). Then they dropped an OT heartbreaker to Ole Miss the following week. They finished the regular season with just four wins but ended on a high note by beating NC State in the Gator Bowl (W 23-21).

The Cats relied upon a bruising ground game to do the heavy lifting once again and rushed for 197 YPG (#3 SEC). #1 RB Chris Rodriguez was in full-time BEEEEST MODE (785, 6.6, 11 TD) and former starting QB Touchdown Terry Wilson annoyed defenses with his mobility (424, 5 TD). Rodriguez is back. Wilson is gone. Who will the new starting QB be in 2021? It appears to be a battle between last year’s backup Joey Gatewood and Penn St transfer Will Levis, but don’t sleep on Beau Allen. In any event, we don’t have a ton of confidence in the THROW GAME but believe they’ll still do damage on the ground. They scooped WR Wandale Robinson from CORN and note that he had 91 receptions and 580 rushing yards in 2Y with Nebraska. The big boys up front lose a pair of stars but still boast good size overall, and tackle Darian Kinnard has legit NFL talent. It still feels like an average offense but they may surprise a bit through the air depending on how the QB battle shakes out.

The stop unit took a step back LY but recall that it was an SEC-only regular season docket. They ended the 2020 plandemic season ranked #6 in the conference in run D but still managed to be pretty good vs the pass (#3 SEC pass efficiency D, #1 SEC INTs). Just five starters return on this side of the football and they’ll need to find a replacement for #1 tackler and leader LB Jamin Davis, as well as leading sack man LB Jamar Watson. DE Josh Paschal is a good piece to build around up front and they have a number of 300+ pounders. LB DeAndre Square is legit and note that Ole Miss transfer Jacquez Jones led his team in tackles LY (75). As noted above, the secondary did a good job LY but they need to replace a pair (!) of NFL DCs. Safety Yusef Corker is one of the best at his position in the SEC. The Cats need to find a way to get more PENETRATION as they were dead last in the conference in sacks/game LY.

Losing ace punter Max Duffy is a killer but they bring back PK Matt Ruffolo who did a good job on FGA in 2020 (12/14). Their primary KR and PR both return for duty.

Overall – It looks pretty tasty. They’ll win at least three non-conference games and they miss ROLL TIDE and Texas A&M from the SEC West. SEC play starts out with a pair of winnable games (Missouri, Cocks).

We’re not in love with the overall talent but the schedule is very favorable. That looks like a perfect number.

There was a long time between BOWL DRINKS but Mark Stoops had led these guys to the postseason in five consecutive years. This team looks to be a clear notch (or two) behind Florida and Georgia but appear to be a virtual 888 STAR COMMUNIST GULAG LOCK to make it six straight.