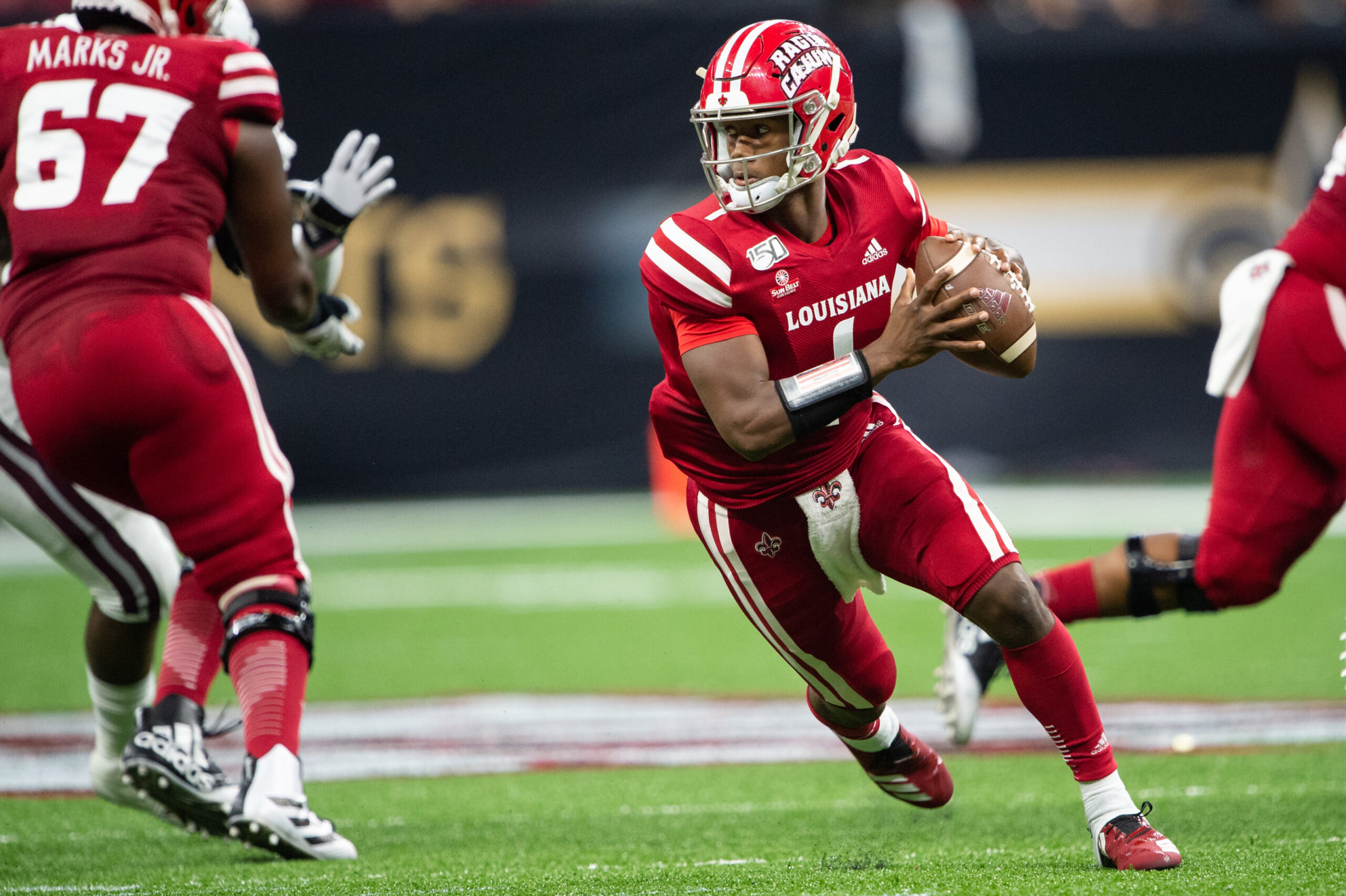 T’was a YUUUGE year for the Cajuns as they picked up three impressive road wins (Iowa St, UAB, Appalachian St), won the Sun Belt West for the third consecutive season, and took down the scrappy UTSA Roadrunners in the First Responder Bowl. Sadly, the Sun Belt Championship Game was cancelled and we were denied a SPICY rematch with Coastal Carolina.

Louisiana averaged well over 30 PPG for the third consecutive season and finished the campaign averaging 213 YPG on the ground (#4 Sun Belt) and 209 YPG through the air (#8). QB Levi Lewis JUST WINS GAMES and is back for a final season after booking solid numbers in the TRUNCATED plandemic season (59.6%, 19-7 TD to INT, 5 rush TD). They’ll be challenged to replace the insane 1-2 RB combo of Elijah Mitchell and Trey Ragas (1600+ rush, 18 TD LY). Chris Smith appears ready to take the job as #1 RB but there is unproven depth behind him. The good news is that the WR group could be really SNEAKY good with the return of everyone of consequence from LY and note that RB Chris Smith caught 16 balls in 2020. The big boys are outstanding and should comprise the best OL in the conference. They paved the way for 5.46 YPC LY (#2 Sun Belt) and allowed just 9 sacks all year (#1 Sun Belt sacks allowed per game).

The Cajuns fielded a great defense in 2019 (#2 total defense Sun Belt) and followed that up with another good job LY (355 YPG, #4 Sun Belt) whilst allowing just 22 PPG (#4 Sun Belt). Their pass defense was particularly stingy as they allowed just 52% (!) completions and finished #1 in the conference in pass efficiency D (10-16 TD to INT). Essentially everyone is back and they’ll be one of the best stop units in the conference once again, particularly on the back end where they return every starter. Opposing QBs beware! The front seven has decent pieces including LBs Lorenzo McCaskill and Ferrod Gardner (top-two tacklers, 6.5 sacks combined). They just need to stiffen up the run D (185 YPG, #8 Sun Belt) and get more of a pass rush (#7 sacks/game Sun Belt LY).

Overall – They start with a WHOPPER at Texas to open the season but let’s not forget what they did to an excellent Iowa St team in LY’s opener. They miss Coastal Carolina from the East and get Appalachian St at home.

The Flames look to be a tough out and this is a sandwich spot (Troy, ULM).

They’re capable of running the table in conference play and should be favored in at least 10 of their final 11 games.

It’s hard to imagine HC Billy Napier not getting scooped up by a major program after this season. He’s 3/3 in booking division crowns, BUT, note that there is still UNFINISHED business as they are 0/2 in the Sun Belt Championship Game. Darn those dastardly Appalachian St doods! We expect them to cruise to another West title and face the emerging JUGGERNAUT from Coastal Carolina for all the marbles. Let’s go!