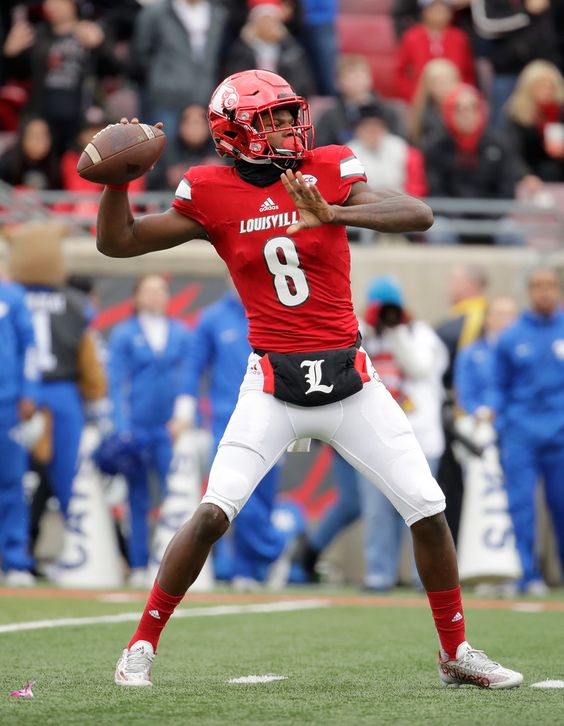 I’m not sure what we witnessed, but it wasn’t pretty. Louisville had booked eight (!) consecutive winning seasons before they completely fell off the map last year with a record of 2-10. The best part? They started 2-1 with wins over Indiana St and WKU. They threw in the towel sometime in October and allowed 50+ points in each of their final five contests.

Hope is on the horizon. Scott Satterfield is the new HC and he did some fine work at Appalachian St. What can we reasonably expect in 2019?

It’s not easy to cut your scoring average almost in half but that’s exactly what the Cardinals accomplished last year (38.1 to 19.8 PPG). Jawon Pass looks like he will get the nod at QB even after a season in which he completed 54% of his passes with a 8-12 TD to INT mark. Hassan Hall led the RB corps in rushing yards a season ago but it was a paltry total of 303 (4.3 YPC) and the depth behind him appears sketchy. We like their talent at WR but are not 100% convinced (quite a bit less, actually) that the Cards have a QB that can get them the ball on a consistent basis. Louisville has allowed 40+ sacks (!) in four of the last five seasons. Job #1 has to be to cut down on negative plays. The Cards boast a fine LT in Mekhi Becton who is a MAN weighing in at 6-7, 365.

The offense will take a step forward but it’s hard to predict how big of a step that will be.

HALLEY’S COMET makes a tour in our vicinity approximately once every 75-76 years. Louisville allowed 50+ points in six of their last seven games. Hmm. What will happen next? A view of the infamous comet or a FBS team matching that dubious honor? <grabs popcorn> There’s only one way to go (up?) after allowing 44 PPG and the Cards have an actual DC this year to go along with 10 returning starters. There is more talent on the stop unit than the numbers would suggest as it was clear the team had lost it’s will to live in October last year. We expect these guys to improve by at least a TD per game in 2019.

Here is something to hang the hat upon. This appears to be one of the better units in the ACC with all key components returning for duty including PK Blanton Creque (10/12 FG LY) and a PR (Rodjay Burns) and KR (Hassan Hall) that each bagged a return TD in 2018.

Overall – It starts tough (Notre Dame) and finishes tough with three nasty road games in the final month of the season (at Miami, at NC State, at Kentucky).

Slight lean to the under. It’s hard to see this team winning more than three games.

Ok, let’s just start over. And a good way to do that is grab a solid HC who knows how to build and sustain a program. It’s obvious that there will a lot of struggles this season but they will be improved. It’s just not clear HOW MUCH better they will be. They should probably be happy with a 3-4 win season with maybe an upset or two. Then bigger things in 2020.

We plan on avoiding Louisville games from a betting perspective until we get an idea of what we are dealing with this season.