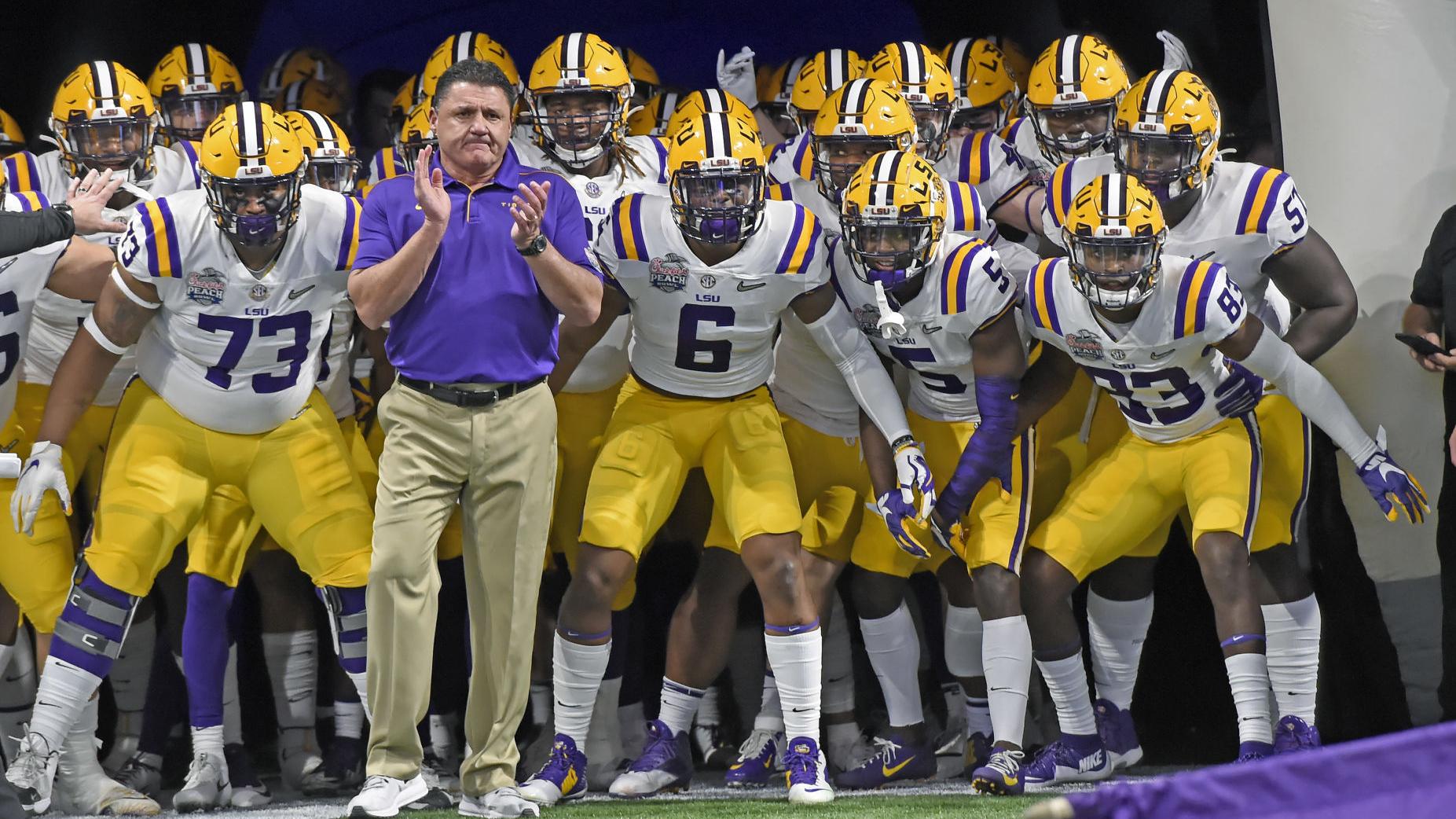 The Tigers got off to a slow start in defense of their National Championship (15-0) and were upset by Mississippi St and Missouri in their first three games. They started to get things straightened out and won their final two games over Florida (!) and Ole Miss whilst scoring a combined 90 points. We all knew they were gonna struggle after losing so much NFL talent. 5-5 wasn’t a complete disgrace.

The Tigers moved on from superstar Joe Burrow and still ranked #15 in the FBS in passing offense (312 YPG). QBs Myles Brennan and Max Johnson were particularly effective and booked an impressive combined 19-4 TD to INT mark. Brennan is out for an undetermined period of time with a left arm injury so it’ll be up to Johnson to lead the way to start the season. Two of the top-three WRs are back in the mix including emerging star Kayshon Boutte (45-735, 16.3, 5 TD; 308Y vs Ole Miss!) but they lose a pair of key contributors in star TE Arik Gilbert and WR Terrace Marshall (10 TD LY). The 1-2 RB combo of Tyrion Davis-Price and John Emery combined for over 800Y and 6 TDs in just 10G LY. Five LARGE returning starters are back up front. The line was a mess LY and they allowed 25 sacks (#10 SEC sacks allowed per game) whilst struggling in run blocking (#109 FBS rush offense). We expect a moderate increase in production in 2021.

LSU was extremely inexperienced on defense LY and it really showed. This is not a typo. They finished #124 in the FBS in total defense (492 YPG) and allowed 35 PPG (2nd last SEC). That’s some serious Bo Pelini magic, yo. New DC Daronte Jones has nine starters back and a lot of raw talent to work with this year, particularly at DL where they bring back four starters along with an embarrassing number of young guys ready to dominate. DE Ali Gaye led the DL in tackles LY (9.5 TFL) and DE Andre Anthony led the team in sacks (5.5). #1 tackler LB Damone Clark is back at LB and they add Mike Jones via the transfer portal (Clemson). It’s unclear what kind of depth they have at LB at this point. The secondary boasts what could be the most talented CB duo in college football in Derek Stingley and Eli Ricks. Expect much better performance from the stop unit.

Overall – The non-conference slate contains three FREE SQUARES but they do open on the road at BURGEONING JUGGERNAUT UCLA. Their final three games are at home and the season finale LOOMS LARGE (Texas A&M). They must face ROLL TIDE on the road.

They’ll be laying a BOATLOAD of points and this game comes after a match-up with Arkansas and before the yuuuge game with the Aggies. Hard to lay the BIG WOOD in this spot.

Tough to call at that number. They’ll be a lot better this year but eight wins feels about right. Gun to the head play would be the ‘over’.

Last year marked the first time this CENTURY that the Tigers failed to book a winning record. The last time came back in 1999 when coached by Gerry DiNardo. Guess who took over the next year? Nick Freaking Saban.

This is one of the more interesting teams in all of college football heading into the 2021 season. They have tons of talent on both sides of the football, but at the same time, play in the killer SEC West division. They look to be a slight notch below Texas A&M and a big notch behind ROLL TIDE, but they’re more than capable of beating anyone in college football on any given day.