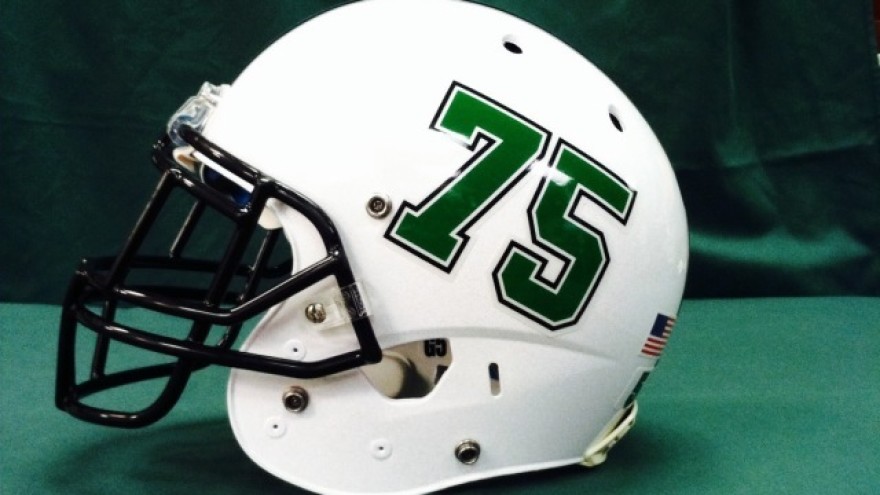 The Herd got off to a hot start winning their first seven (!) games and had to be feeling pretty good at that point. They struck a major ICEBERG in game #8 when the wacky Rice Owls smoked them on their own home field to the tune of 20-CACK. They fell to UAB in the Conference USA Championship Game and followed that up with a loss to Buffalo in the Camellia Bowl (L 17-10).

The Herd was decent but certainly not spectacular on offense LY (#68 FBS total offense, #50 rush, #79 pass). The good news is that QB Grant Wells looks like a keeper (61%, 18-9 TD to INT) despite his 5 INT (!) performance vs the Owls. Hey, it happens. Wells gets his top-two targets back in WR Corey Gammage and outstanding TE Xavier Gaines (28-404, 14.4, 4 TD). Losing #1 RB Brenden Knox at RB is a yuuuuge blow (887, 9 TD LY) and it’ll be interesting if they can uncover a legit workhorse. New HC Charles Huff knows a thing or two about RBs (ROLL TIDE). The OL looks good and they boast over 130 career starts despite losing a pair of rock solid players. Note that they allowed just 12 sacks LY (#2 C-USA sacks allowed per game).

Marshall played AMAZING defense last year and it’s a shame that effort was essentially wasted (#2 FBS total defense, #4 run D). Want more proof? They were #1 (!) in the country in scoring defense (13.0) and ranked 2nd in C-USA in sacks/game. There are a pair of significant departures to note in #1 tackler LB Tavante Beckett and star DE Darius Hodge who led the team in sacks LY. They’re a bit undersized up front but return DT Jamare Edwards (2nd Team C-USA) and a fine pass rusher in DE Koby Cumberlander. LB Eli Neal is one of the best in C-USA at his position and the secondary is led by star CB Steven Gilmore (1st Team C-USA, 12 PBU LY). Getting LeAnthony Williams to transfer from Clemson can’t hurt.

Overall – They have a pair of tough non-conference road tilts (Navy, Appalachian St) and must face UAB from the East. The finale with the Hilltoppers just might be for all the East division marbles. <grabs popcorn>

This will be their 3rd road game in 4 weeks, it’s a non-divisional game, and the Mean Green will be able to SCORE THE FOOTBALL on anyone.

This roster doesn’t look like a killer and they could lose a pair of games before conference play starts.

Boyd Chambers was Marshall’s HC from 1909 to 1916 and is best known for calling the “Tower Play” where one receiver lifted another up on his shoulders to complete a pass. Today, that would be called racist and/or homophobic and/or xenophobic. Don’t ask why, just accept that it’s 2021.

Long-time HC Doc Holliday is gone and it’ll be up to new HC Charles Huff to keep the Herd in the main group of Conference USA contenders. They have one of the best QBs in the conference but don’t appear to have much explosiveness at the skill positions. Can the defense carry the team once again? The jury is out. Major player, but not a LOCK to take down the division.