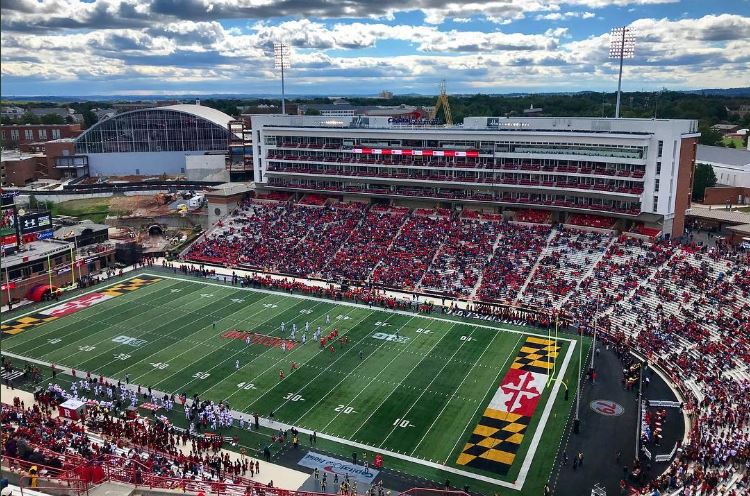 Twas only a five-game plandemic season but the Terps showed a little bit of life. They scored 80 (!) points in a pair of wins over Penn St and Minnesota but couldn’t get much going in their other three games, all losses. The Terps were hit harder than most teams by the 2020 CIRCUS so there’s reason to be optimistic heading into 2021.

Maryland boasted the #2 passing attack in the Big Ten LY (264 YPG) and QB BABY TUA definitely showed promise despite being a bit inconsistent (62%, 7-7 TD to INT). He’s back this year along with his top-4 WRs and note that all four of those doods avearged 14+ YPC LY. Continuity in the THROW GAME from year to year is a big positive. The RB situation is a bit dicey as they lose #1 RB Jake FUNK and nobody else had more than 100Y rushing in 2020. It’ll be a committee approach and there’s some nice variety in the group. The OL is young but has some good size across the board. They’ve got to do a better job with pass pro as they were dead last in the Big Ten in sacks allowed per game LY.

The Terps were MEH on defense LY and were particularly horrible vs the run as they allowed 230 YPG on the ground (2nd worst Big Ten). New DC Brian Stewart has nine returning starters to work with and will try and cobble together a better stop unit. Every starter returns up front so they should be improved, and recall that DT Mosiah Nasili-Kite led the team in sacks LY (4 in 5G). The LB group is a bit of a mystery but the secondary was really good LY (#4 Big Ten pass eff D, 56%, 6-2 TD to INT) and the entire starting crew is back in 2021.

All the key components are back in the mix but the Terps were pretty rotten in this area LY. PK Joseph Petrino made just 4/7 FGA and their return game was an ABOMINATION (#121 FBS KR, #120 PR).

Overall – The non-conference docket isn’t bad (WV, Howard, Kent St) and they could conceivably go 3-0 (or 1-2). They miss the Badgers from the West which is nice. There’s a nasty 5-game stretch starting mid-season with Iowa and ending with Penn St.

It’s a Big Ten SANDWICH spot and the Golden Flashes can SCORE the FOOTBALL.

The always-in-demand Mike Locksley has an impeccable 8-43 record as a head coach.

It’s an interesting team playing in a nasty division. The THROW GAME should work just fine and the defense has some nice pieces. There are still a few big uncertainties lurking around and you know they won’t win a game with special teams or coaching. Hoping to see them make a bowl game but they’ll likely fall just short.