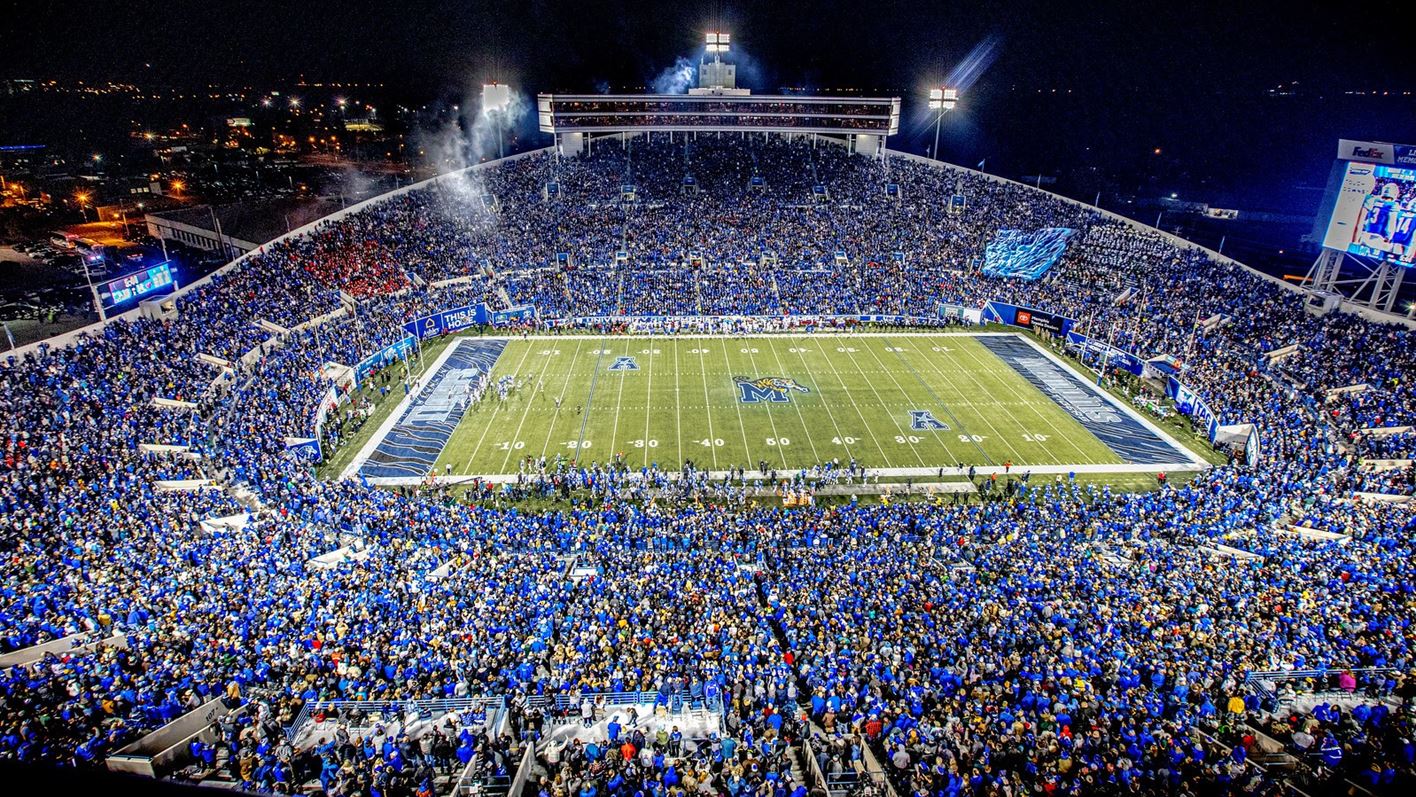 All things considered, it was another successful season for the Tigers as they found a way to SCRATCH and CLAW (pun not intended **) their way to an eight-win campaign that included a Montgomery Bowl win over Florida Atlantic (W 25-10). They were NAILS for the most part in close games and took down UCF, USF, Navy, and Houston by a combined eight points (!).

Can they get back to the AAC Championship Game? Let’s dig in.

It’s gonna be strange watching the Tigers without star QB (and all-MEGALOCKS team member) Brady White who played his final season in Memphis during last year’s scamdemic season (61%, 31-10 TD to INT). It appears to be Arizona transfer Grant Gunnell’s job to lose as we approach press time and he did well with the horrible Wildcats LY all things considered (69%, 6-2 TD to INT). The weapons are definitely there in the THROW GAME with the return of 1st AAC WR Calvin Austin (six 100-yard games LY, 1,053, 11 TD) and star TE Sean Dykes (47-581 12.4, 7 TD). The run game tanked LY (4.0 YPC, 4.7 and 6.4 previous 2Y) and the top-four return to try and make a better go of it. Three starters return up front but they lose their starting C and LT. We love the additions via the transfer portal and think they’ll be better in the run blocking department. They won’t average 40 PPG like they did from 2017-2019 but they still have one of the better offenses in the AAC.

The Tigers return EIGHT starters and their top-EIGHT tacklers to a stop unit that was pretty good vs the run LY (145 YPG, #4 AAC). The bad news? They were a TIRE FIRE when it came to defending the pass and allowed 289 YPG, but they did somehow finish #3 in the conference in pass efficiency D (24-12 TD to INT, 63%, 7.4). Stud pass rusher Joseph Dorceus needs to be replaced (Tulane) but they have decent size inside and return DE Morris Joseph who booked 7 sacks LY. The LB group is a bit undersized but they RUN TO THE BALL and have a lot of experience. LB JJ Russell was 2nd on the team in tackles in 2020 (3.5 TFL). The secondary has potential to improve with the return of safety Quindell Johnson (#1 tackles, 2nd team AAC) and the addition of highly-touted Michigan St recruit CB Julian Barnett.

There’s concern in this area for the first time in a while. They must break in a new PK and a new punter. PR Calvin Austin booked a TD return LY. It doesn’t help to lose ST coach Pete Lembo (South Carolina).

Overall – They should be able to bag three non-conference wins and it helps to miss Cincinnati in AAC play. The Tigers have just one road game in November.

This will be their 3rd road game in four weeks and REVENGE is a DISH BEST SERVED COLD. Memphis pulled one out of the hat LY and won a 50-49 barn-burner in Memphis.

They’d do well to win nine games with that schedule. 123 of our 159 sets of power ratings have them finishing with eight or fewer wins.

The Tigers have posted 8+ wins in seven (!) consecutive seasons dating back to 2014. Hmm.

Memphis is another one of those 2nd tier teams (on paper) behind Cincinnati (and UCF?) that could find their way into the AAC title game if things break their way. The look good (not great) on both sides of the football but we can’t help but wonder if they’re REALLY gonna miss our boy QB Brady White. Our best guess is 7-8 wins and a mid-tier bowl. Go Tigers!