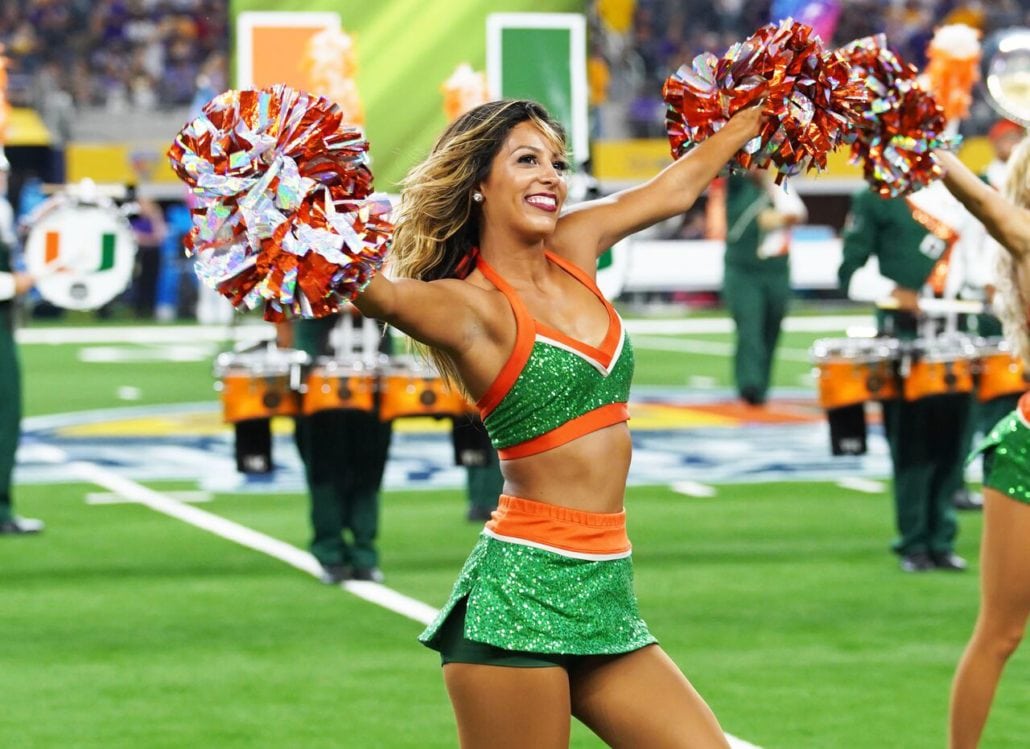 YOUR Miami Hurricanes escaped with their lives last week and squeaked by App St (W 25-23) to even their record at 1-1. It was a sloppy performance but they were probably still a bit stunned after getting pounded by ROLL TIDE. Michigan St pulled a small upset on the road at Northwestern in week one and looked good doing it. They come into this BAD BOY with a mark of 2-0.

The offense hasn’t looked very good (or consistent) so far, but to be fair, they’ve played one elite team and one really good squad. They’re #94 in the FBS in rushing and #96 in passing and have completed just 37% of 3rd down opportunities (#82 FBS). Cam’Ron Harris needs to start dominating (4.2 YPC) and the THROW GAME has to hit some big plays once in a while (long 36Y so far). Overall they have an above-average set of weapons but don’t (in our estimation) have a game changing player at RB or WR or TE. It’s the scheme and excellent QB play that makes things work (when they do). Michigan St’s D has looked decent but note that they’ve played a pair of weak offenses. This is a yuuuuge step up in class for SPARTY. Statistically, they’ve been MEH defending the run and the pass, and haven’t been that strong on 3rd downs. They’ve booked five sacks in 2G.

QB Payton Thorne looks like a keeper to us after the first two games and he’s supported by a REALLY good 1-2 combo at RB in Kenneth Walker (321, 10.7, 264-4 TD vs Northwestern) (!) and Jordon Simmons (131, 6.2). The WR group is healthy <crosses fingers> and off to a really good start. Jayden Reed has already booked 245Y and a pair of TDs. They’ve only allowed 2 sacks in 2G. Miami has been abused in the first two games and we think the Michigan St offense is about equal to what App St puts out there, but with a much more imposing deep passing threat. The SPEEDY MIDGET DEFENSE strategy will be put to the test and note that Miami has only tallied a pair of sacks in 2G.

The weather might favor Miami as they’re more used to hot conditions….Looks like 90 degrees or so with a decent chance of showers at some point…..Not much wind.

We’d feel better catching the full +7 with Sparty. It’s hard to see either defense having sustained success and there are plenty of big plays waiting to happen.