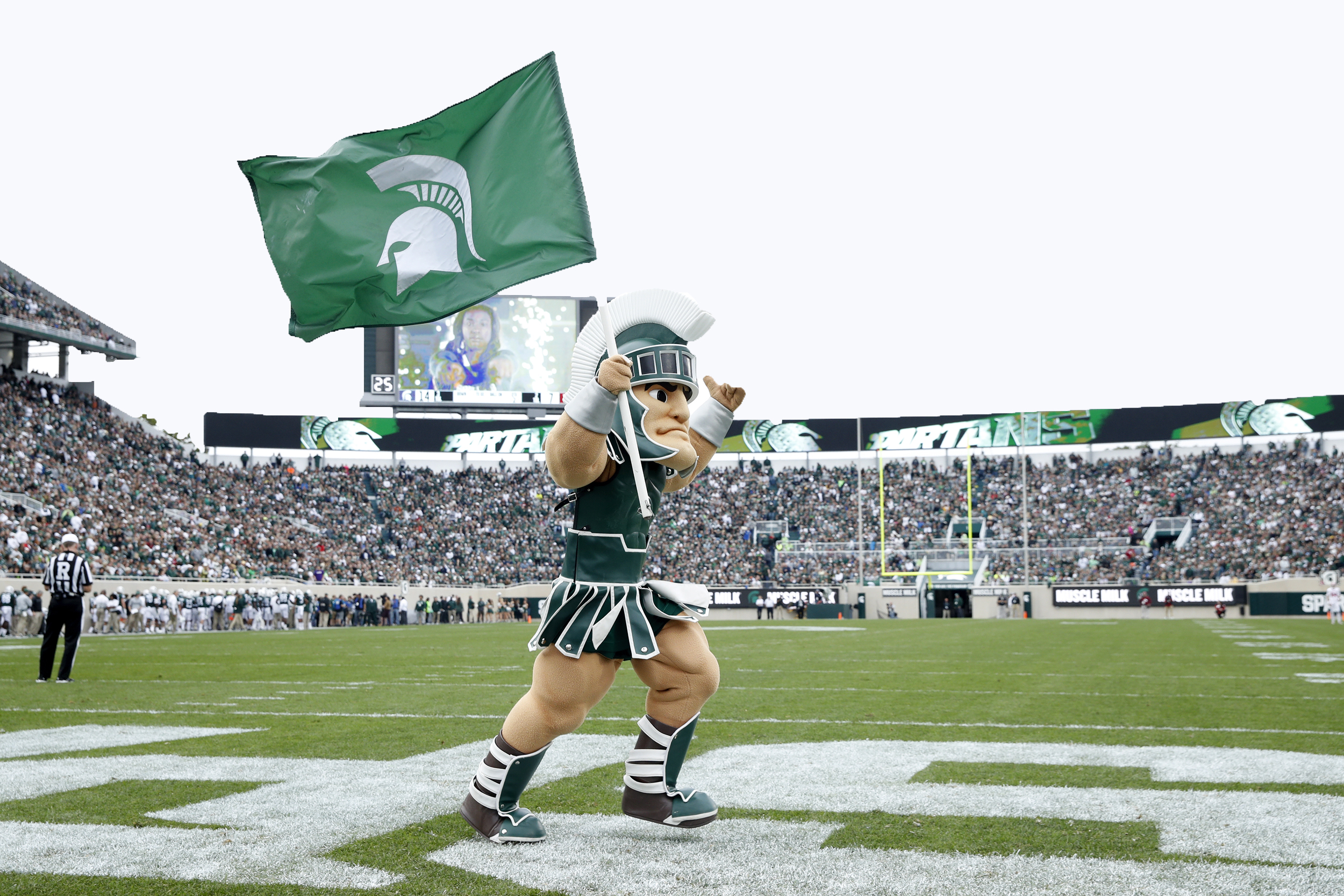 Twas a head-scratching to start the season as they were upset by Rutgers (!) at home but then proceeded to SHOCK THE WORLD by taking down the hated Wolverines (W 27-24) in the Big House. They barely showed up in every other game except for when they pulled another yuuuuge upset by beating Northwestern. On to 2021.

The Spartans were pretty horrible on offense LY (#122 rushing offense, #103 passing efficiency) and didn’t get capable QB play. The hope is that Temple transfer Anthony Russo will take the reins and run with it as he was pretty good with the Owls (6,287Y, 44-32 TD to INT). Otherwise, it’ll be up to last season’s backup Payton Thorne. The RB group looks solid with the return of Elijah Collins and Connor Heyward, and note the potentially yuuuuge addition of Kenneth Walker who was really good with the Demon Deacons (17 rushing TD). Russo gets his top-three targets back at WR (Nailor, Reed, White) and Jalen Nailor was particularly dangerous in 2020 (26-515, 19.8, 4 TD). The OL was a disaster LY but they bring back all five starters and have to be better this year. Amirite? The Spartans should have their best scoring output since 2015 (29.8).

Michigan St was mediocre on this side of the football LY as they finished #8 in the conference in run D and #6 in pass efficiency D, all whilst allowing 35.1 PPG (dead last Big Ten). Seven starters return but they lose a key component at each level of the defense in DT Naquan Jones, LB Antijuan Simmons (#1 tackler, 9 TFL), and CB Skahur Brown (5 INT LY) (!). They also lost quite a bit of depth through the transfer portal. The DL should be pretty good and they have nice size at tackle. The LB group was bolstered by a small handful of transfers, but it’s still unclear what kind of talent they have in the secondary. They’ve gotta find a way to CRANK UP the pass rush as they only bagged 12 LY (#8 Big Ten sacks per game) after booking 40 of those bad boys in the full 2019 season.

Sparty had the #96 special teams ranking LY according to the great Phil Steele mag and get all of the key components back in 2021. They could use some spice at PR and KR to help with field position.

Overall – They should be able to bag a pair of wins in out-of-conference action but will be in tough when they visit the GREAT STATE OF FLORIDA to play YOUR Miami Hurricanes. The draw from the West is favorable as they miss Wisconsin and Iowa.

The TOPPERS will have a serious passing attack and this is a Big Ten sandwich spot (Corn, Rutgers).

Assuming they can bag a pair of non-conference wins they’ll need to win three Big Ten games. Not impossible.

It wasn’t that long ago when Michigan St rattled off six (!) double-digit winning seasons in eight years (2010-2017).

It’s virtually certain that the Spartans will be better on both sides of the football in 2021, but they play in a tough division and it’s hard to find more than 5-6 wins on the schedule. They’re more than capable of pulling a decent-sized upset along the way but we probably won’t see meaningful improvement until at least 2022.