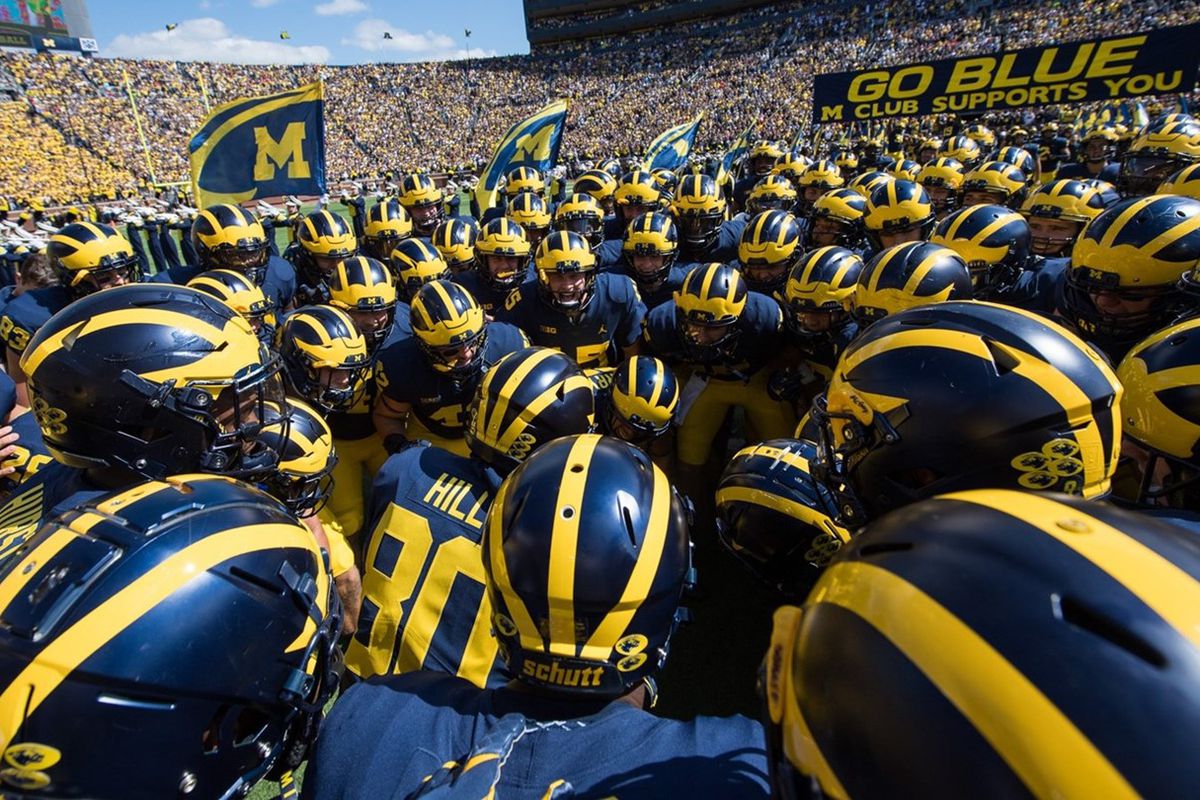 The Wolverines got off to a good start rolling up the Gophers (W 49-24) but could only win one more game the rest of the season, and that was a 3-OT squeaker over something called Rutgers (W 48-42). It was just six games, but Michigan finished with a losing record for the first time since 2014 (5-7). Let’s check in with the program and see what’s in store for 2021.

Don’t look now but the Wolverines just might have an actual QB given the transfer of Alan Bowman from Texas Tech (5,000+ career passing yards, 33 TD). He’ll battle with Cade McNamara (5-0 TD to INT LY) for the starting gig. <update> Harbaugh named Cade the starting QB August 14. #1 RB Hassan Haskins is back (6.1, 6 TD) and there are a few interesting youngsters on the depth chart. The top-two WRs are back for duty and provide a pair of legit targets in the THROW GAME. Ronnie Bell and Cornelius Johnson both averaged over 15 YPC in 2020. The OL is experienced and they did a good job LY preventing PENETRATION (#1 Big Ten TFL allowed per game) and paving the way for the run game (4.6 YPC, #6 Big Ten). We look for significant improvement on offense and it’s nice to have two legit (hopefully) QBs.

The stop unit was HOT GARBAGE LY (#10 run D, #9 pass efficiency D – 2 INT) and the Wolverines finally say goodbye to DC Don Brown. Seven starters return for duty and their top-four tacklers so there’s hope for better things. The DL has nice size and a good rotation inside and DE Aidan Hutchinson is a legit pass rush threat. The LB group features a fine LB pair in Josh Ross (#1 tackler) and Michael Barrett (#3) and FS Daxton Hill is an emerging star in the secondary. We’re unsure about the CB situation. The defense may not be a killer but they’ll be much tougher in 2021.

“And the chip shot FG is up…….and it’s wayyyyy off target.”

“Oh, man. Pass me some of that cocaine, Chuck.”

Michigan was a pathetic 3/9 on FGA LY and need to be better. Period. It looks like Jake Moody will get another shot. Losing electric return man Giles Jackson is a kick in the JACOBS.

Overall – The opener with a potent Western Michigan squad may not be a layup and they get the tough Washington Huskies (!) visiting Ann Arbor in week two. They have a nasty draw out of the West (at Wisconsin, Northwestern) but get to face Ohio St at home.

This will be their 5th road game in seven that’ll be played ON THE HIGHWAY and it’s also a sandwich spot (Penn St, Ohio St).

It’s a bit of a tough call but we think they’re capable of booking eight wins. If they can find a way to take down Washington things will look pretty good.

Michigan has yet to appear in the Big Ten Championship Game. That’s a FACT CHECK TRUE. Even Nebraska has made an appearance.

They haven’t managed to take down Ohio St on Jim Harbaugh’s watch but they’ve still been pretty good. 10-10-8-10-9 wins is nothing to sneeze at. You can probably throw out 2020 as it was an unusual year. The QB situation is improved and we expect them to be pretty good on defense. Playing Penn St and Wisconsin ON THE HIGHWAY doesn’t help but they get Ohio St at home in the season finale. We’ll call for 8 wins and a decent bowl game.