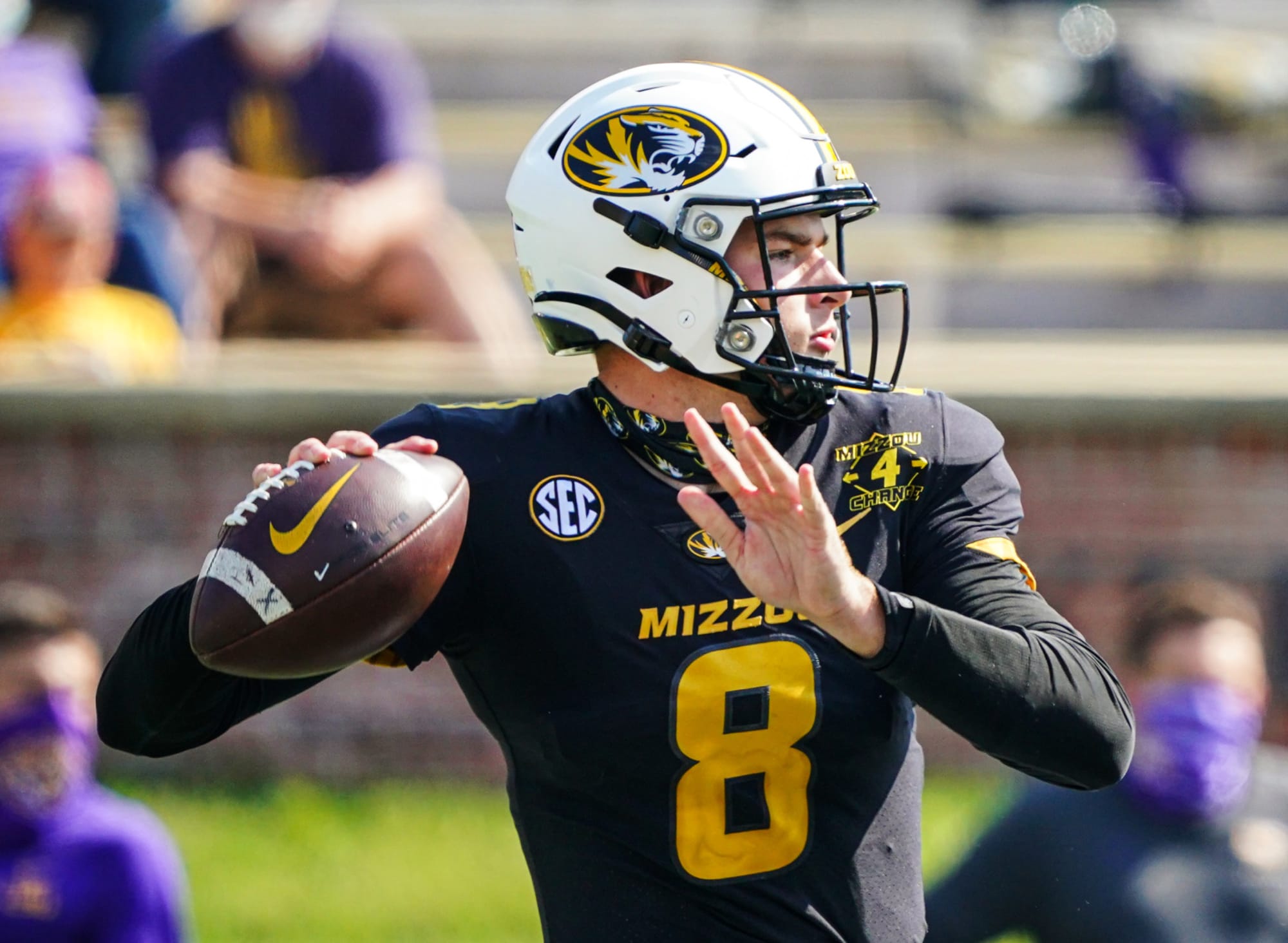 Things didn’t look too good after the first two games. Ya, you knew they would lose to ROLL TIDE, but losing to the Vols had to make fans throw up in their own mouths. Missouri proceeded to figure things out and win five of their next six games. The season ended with a bit of a THUD as they dropped their last two decisions and had the Music City Bowl canceled due to the scamdemic. Safety first.

It was a strange season for QB Connor Bazelak. We’re big fans, and he completed 67% of his passes, but he managed to throw a mere 7 (!) TD passes in 324 attempts. We’ll need a fact check from someone that isn’t a globalist murdering scumbag, but it seems hard to believe that anyone has thrown fewer than 7 TD passes with that many attempts. We don’t have high hopes for the WR group but could be proven wrong. Keke Chism was the #1 man LY and didn’t exactly dazzle (longest reception 29 yds). There’s a yuuuuuge hole at RB with the departure of their excellent RB Larry Rountree and they’ll rely on dual-threat #2 RB Tyler Badie to do more damage (#2 rush, 28 receptions LY). Three starters return up front and they did a decent job in 2020. This still looks like an average offense on paper.

The defense took a big step back LY and allowed almost 100 yards more per game whilst yielding 32.3 PPG (19.4 in 2019). Ya, it was an SEC-only docket, but that still sets off a few alarm bells. They also struggled getting the QB on the ground and booked just 19 sacks (#9 SEC sacks/game). Only two of their top-five tacklers return for battle but note that our EXTRA DEEP SEC INSIDERS tell us that the DL will be pretty good. They bring back #1 sack man Trajan Jeffcoat (6 sacks LY, 1st Team SEC) and DT Kobie Whiteside who’s a BEEEEST on the inside. We’re not crazy about the LB group but note that they bagged a potentially yuuuuuuge transfer from Rice in Blaze Alldredge who dominated with the Owls. The secondary needs to prove itself (#92 FBS pass efficiency D LY) and could use some help from the pass rush.

The kicking game will be one of the best in the SEC with the return of PK Harrison Mevis (17/20 FG LY, 3-4 50+) and P Grant McKinniss (so now we’ve gone from intentionally screwing up first names in order to be unique to making last names a complete joke) who had a fine 41 yard net in 2020. The KR and PR doods were useless LY.

Overall – They have a legit shot to reel off four wins in non-conference play as their toughest game (on paper) is a road visit to Boston College. The draw from the West isn’t horrible (Texas AM – H, Hogs – A).

It’s an SEC sandwich spot (Vols, Aggies) and the Mean Green can SCORE the FOOTBALL just enough to book a sweet BACK DOOR COVER.

Feels like a tall order to book eight wins.

Missouri hasn’t retired a jersey for a single player that’s played in the 21st century.

The #3 spot is there for the taking in the SEC East but nobody seems to want to grab it. Missouri should be a lot more competitive in the division (in theory) but this doesn’t feel like a very dangerous team. We like the QB situation but worry about the weapons at RB and WR. The defense appears to be average on paper. We’ll call for six wins and a bowl bid.