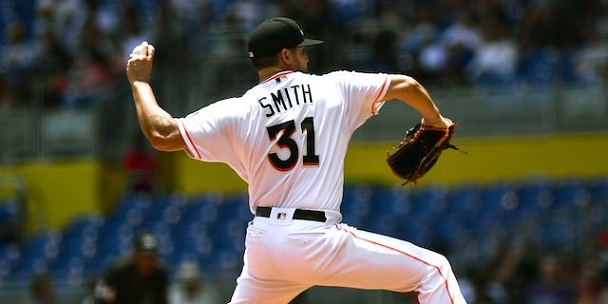 Some quick thoughts on today’s MLB card. A couple of sentences detailing some of the stuff we considered when looking for investment opportunities.

Lines per Pinnacle at time when notes posted.

Hopefully this helps your handicapping. We always post rationale with our picks with the goal of helping people graduate from being betting zombies. Read. Consider. Make a wagering decision.

I play everything I say that I like in the write-ups BUT I usually put only a few in blue as recommended plays because a) if you are not playing a low juice book like we are, playing too many games will eat into your profits. Just being honest b) You need to be really conservative with your bankroll betting baseball and that is hard for most people to do. Don’t wanna see peeps to get creamed on a bad day b/c they bet too much.  c) I’m busy with football and like to do this right away and then get on with the day. Sometimes I don’t decide how to play a game until later. Just DM me on Twitter or comment on the post and I can answer any Q you have. Cheers!

Stuff in green notes ideas that are only for people with a higher risk tolerance and have experience with the ups and downs of betting MLB. Chronic whiners and panic-stricken peeps should look away.

Over 230 wagers on the season. Time flies!

Will have final blue and green items noted by 5:30pm EST

First up……Another AWARD-WINNING edition of the MEGALOCKS Mailbag. “People helping people”. It’s what we do.

A – Thanks for the question, Doug. Two things to say about that topic. 1) We RISK the same amount on every play regardless of whether it is a favorite or underdog (usually favorites for us). That’s just how we roll. It’s in our DNA based on our education and professional experience to always think about the bankroll first. So for example, there may be two bets of $100. One at +105 ($100 to profit $105) and one at -150 ($100 to profit $67). 2) We set our bet size for the day every morning and it is a % of bankroll methodology that we have adopted. The wager amount varies on a daily basis and will move up and down depending on total profit for the year.

Q – “Why do people make full game wagers on teams with trash bullpens and then complain that they got screwed by a “bad beat”? – Chester in Chester, WV.

A – Cool name, bro. Especially considering where you live. I have no idea. It’s very easy to look up the teams with the 10 (for example) worst bullpens and NEVER back them for the full game. That’s the main reason we bet primarily F5 ML and F5 totals. Don’t let the scrubs and the seemingly random decision making of managers drive you insane.

It doesn’t get much better than this, yo. These two teams are a combined 4-16 L10G and the Os are 7-21 at home. The good news? Cashner has been pitching pretty well and Baltimore is actually 6-5 in his starts……Pomeranz has been drilled in his last three starts and his overall numbers for the year are dismal……Slight leanage to Baltimore but of course we can’t back this team….Might cycle back later and look at a F5 total…..Player notes…..Pillar Posey and Crawford have really good BVP in fairly large sample sizes.

Boston will try and cut into the Yankees’ lead in the divsion starting tonight with Sale on the mound….He has pitched really well since early in the season and has 88K in 62 IP….Happ has not been very good at all and we like the match-up of the Red Saaaax bats vs JA much more than we like the Yanks vs Sale….Both pens are decent maybe slight edge to NY when considering their back end (hello?)… Boston ML worth a look.….The F5 price is about 20 cents higher and that is too much premium…….Player notes…..Morales and Hicks have good BVP but overall NY is hitting .213 off CS in 178 AB…..Pearce has murdered Happ with 6 BOMBS in 35 AB (.314 BA)……Mookie and JDM have not done much vs him.

Feels like a bit of a toss-up and the line reflects it…..Chacin has been just-a-guy (JAG) (4.88 ERA) and the Crew is just 4-7 in his 11 starts….Archer has been pretty shaky all year and pretty BAD in May…Tempted to look towards an over of some kind but ARGH that ballpark for hitters LOL….Player notes….Josh Bell MVP (?)…..Buccos only have one DINGER off Chacin in 82 AB…..Cain is 9/18 off Archer.

The Rays went ALL NIGHT LIKE LUMBERJACK yesterday and put up 14 runs in a blowout win over the Twins…..That makes six straight victories for Minnesota….Stanek gets the opener role today and you know that means we will likely sit this game out..It’s hard to cap these bad boys when you focus a lot on SP analysis….Berrios has struggled a bit lately by his standards but still has a fine basic stat line 70 IP 70 hits 64-11 K to BB 3.20 ERA….Twins are 9-2 when he takes the mound…..Rays an impossible fade right now….Twins are still one of the best teams in MLB and have their ace going….Player notes…..Rays 6/33 off JB….Meadows turning into a star for Tampa Bay.

The Nats have their best (?) SP on the mound today and will try and get things rolling for the umpteenth time….Corbin…72 IP 53 hits 81-22 K to BB…..2.85 ERA but the team is just 11-17 on the road and Mahle has been sneaky-good for the Reds who are an impressive +36 in run differential….They are better than advertised but YES they will almost certainly have trouble with Corbin….Taking a seat for this one……Player notes…Reds hitting .306 off PC in 85 AB…..Suarez Puig and Peraza have good BVP….RUH RUH.

The Tigers are plummeting into the ABYSS but do have one of their best SP on the mound in Turnbull who still boasts an ERA below 3.00 as we go to press…..Tigers are 5-6 in his starts….Won’t help that they lose the DH….Folty has allowed 10 DONGS in 33 IP BUT has looked good in each of his last two starts allowing just 2 ER and 0 BB…..Braves pen stinks but Los Tigres also poor in that regard ...Braves ML worth a look…..Player notes…..12 mph wind blowing out to left…..Atlanta only 5 BOMBS as a team L7D.

Our boy Minor came through with a clean 5 IP yesterday but now they need to rely upon Jurado….but wait a minute….He isn’t bad…..That last outing was his DEEPEST PENETRATION of the season (6 IP) and he only allowed 2 ER……Duffy has QS in 4L5 outings……Slight lean to Texas but not super keen on Jurado yet until we see some sustained success….Player notes…..starting Rangers have only one TATER off DD in 101 AB.

Hey look! Another Cleveland ace is on the mound! Load up!! <watches tape of Carrasco getting his teeth kicked in yesterday>…..Bauer is just not the same dood this year and while Covey is nothing special neither are the Tribe bats and your boy Ramirez…..Taking a pass on this bad boy….Player notes…..Moncada Alonso and something called a Tilson have good BVP….Kipnis is 5/12 off DC.

As poorly as the Cards of played they are still only 4.5 games behind the Cubs AND are playing pretty well at home (16-12)…..3L4 starts for your boy Mikolas have been excellent…..We will forget about the outing in Texas…..You know our thoughts on Yu (mostly yuk) as those 38 BB in 55 IP are straight out of a horror movie…..Lean to the Cards not on it yet cannot deny Cubs are more trustworthy overall at this point…..Player notes…..Cards hitting 7/32 off Yu….Cubs just one BOMB off MM in 73 AB (.233). update – no Molina for Cards

HAAA. Let the carnage begin. <just kidding> <not really> Jackson is horrible and Rocks go with Marquez….As per usual you know we are passing this game as the line is too high…..Player notes….Don’t need to tell you the game is set for RUNS……Arenado poised for some DOUBLE DONG ACTION.

Wheeler has been dealing in May (4/5 QS; one bad start) and is giving the Mets a lot of IP….That’s good considering their bullpen is not to be trusted…..Duplantier will get the nod to start off and will almost certainly go not much more than 3 IP……Snakes have lost four straight….Mets just 12-20 away from home and are getting really close to being as bad at the Nats……the HORROR…..lean to NY they are just hard to trust remember if you play them F5 is the only way to fly..Player notes….Arizona hitting the crap out of the ball lately not sure how much Coors impacted that BUT it did at least a little amirite???

Houston’s stars are dropping like flies and don’t look now but YOUR Oakland As are 18-12 at home….8-2L10 and tied for the WC spot…..Astros not elite away from home…..Line looks about right to us……Peacock 11 shutout IP last two starts (1 BB 17 K)….We can’t call Fiers a GASCAN anymore after he pitched a NO-NO this season…..but he kinda is a GASCAN??…..Player notes….Astros lineup runs DEEP but they are missing stars and check the lineup before you pounce in DFS…..Grossman Phegley and Olson and Pinder have decent BVP in small sample sizes.

Yes, guy. Our boy Smith is on the mound and he actually looked HUMAN last outing….His overall numbers are still great….38 hits in 56 IP…..72-16 K to BB….3.05 ERA and he gets to pitch in a decent pitchers’ park…..Lucchesi has looked really good in May and is coming off a season-high 11Ks vs Toronto….Line might be a bit light but not going against Miami with that dude on the bump….Player notes….Alfaro and Ramirez hitting well for the Ms…..Renfroe and Myers each with 3 BOMBS L7D and now they face a lefty.

Ms doing a great TITANIC IMPERSONATION and are losing games left right and center (get it….LF RF CF…..haaaa)……Leake has allowed 16 DONGS this year and many more hits than IP…..Skaggs has been decent but doesn’t go too far into games…..Don’t trust the Halos on the road but maybe we should?? Slight leanage in their direction may take a peek at the totals not on anything yet…..Player notes……Seager has good BVP…..Ms .321 off TS in 53 AB…..Halos hitting a FINE .354 off ML in 130 (!!) AB…..Trout is 11/21 off Leake with 7 XBH.

DODGERS are moving like a TREMENDOUS MACHINE and boast a nice 22-7 home mark….This is the game the Phillies can get….Arrieta has been better than WHO WE THOUGHT HE WAS and is getting the job done more often than not while keeping teams away from their terrible pen for as long as he can…..LAD bats are a tough task tho…..Maeda has been pretty good in May and been especially good at home this year…..Slight leanage to Philly but LAD an impossible fade….Would recommend Phil F5 if you pounce do not want that manager doing something stupid late in the game and/or have the pen blow it…..Player notes…..Harper hitting .391 L7D would not be shocked to see a HARPER DONG appear tonight…..Williams and Realmuto and Cutch have 7 DINGERS in 26 (!) combined AB vs KM.

Thanks for reading and enjoy the games! Back on MONDAY!