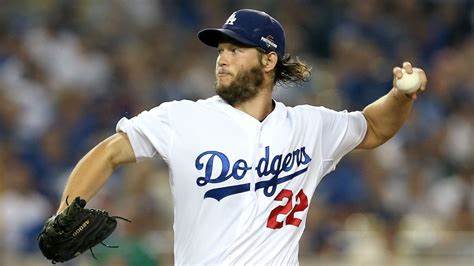 Some quick thoughts on today’s MLB card. A couple of sentences detailing some of the stuff we considered when looking for investment opportunities.

Lines per Pinnacle at time when notes posted.

Hopefully this helps your handicapping. We always post rationale with our picks with the goal of helping people graduate from being betting zombies. Read. Consider. Make a wagering decision.

I play everything I say that I like in the write-ups BUT I usually put only a few in blue as recommended plays because a) if you are not playing a low juice book like we are, playing too many games will eat into your profits. Just being honest b) You need to be really conservative with your bankroll betting baseball and that is hard for most people to do. Don’t wanna see peeps to get creamed on a bad day b/c they bet too much.  c) I’m busy with football and like to do this right away and then get on with the day. Sometimes I don’t decide how to play a game until later. Just DM me on Twitter or comment on the post and I can answer any Q you have. Cheers!

Stuff in green notes ideas that are only for people with a higher risk tolerance and have experience with the ups and downs of betting MLB. Chronic whiners and panic-stricken peeps should look away.

Not sure how long we can keep up with the MLB posts given that college football work is already in full swing…..But we will try to answer some questions over the next week or so related to MLB handicapping.

“Mega, what do people mean when they say baseball wagering is a ‘high variance’ endeavor that should only be attempted by the strongest (or craziest) of punters?” – Bricktop (from across the pond)

Thanks for the question, Bricktop. Just our two cents. MLB handicapping is relatively easy, say compared to NCAA football. The tricky part? Bankroll management is MUCH more important because day-to-day results can be extremely volatile from day-to-day, week-to-week, and sometimes from month-to-month. It is critical to a) do your homework b) get the best number possible via line shopping and c) be very conservative with your wager size (we recommend 1-2% of bankroll).

To show you how things can fluctuate……Here are our results in 25-game chunks so far in 2019…..Just for illustrative purposes to show the ups and downs….Our average lay price has been -129 so the win% looks better than it would for someone that plays underdogs.

We have met our expectations so far this year BUT there are always days when you get SMOKED. It happens. Ride the wave. Stay positive. Focus on getting the paper by the end of the season and don’t be greedy! GL

Yes, guy. Great pitching match-up in this one although your boy Bauer has struggled in three of his last four starts…Bassitt is a BURGEONING JUGGERNAUT for the As and has looked excellent including in his last outing (8 SH IP)…..As are creeping close to .500 may get into this WC race after all….Player notes…K Davis has good BVP vs Bauer.

The story of this one is the weather…..low 50s and strong wind blowing in from RF…..Two solid SP on the mound as both Eflin and Quintana have been borderline all-stars so far this season….Phillies starting to heat up SHOCKINGLY in lockstep with your pal Harper hitting BOMBS….Cubs have cooled off a bit….Slight lean to the Phillies….Neither teams’ bullpens are trustworthy…..Player notes…..<see above on Harper>…..Bryant 6/10 off ZE…..Cutch has ok BVP.

Colorado a little bit of a surprising fav BUT there are two things to consider…1) Archer has sucked DONKEY BALLS in his last two outings……2) Marquez has been great in three road starts pitched in pitchers’ parks…..Miami SF TB…..Having said that the Buccos JUST WIN BABY and the Rockies not so much……Lean to the Buccos…..Frazier is 4/8 with three 2B vs CA…..Josh Bell continues to CRUSH BASEBALLS.

Our boy German gets the call again and you know by now we are REALLY impressed with how he has been pitching….Not spending any more time on this game line is out of our price range….Keep in mind Os pen PUKED all over themselves yesterday…..Player notes…..Os hitting .205 off DG with 0 BOMBS in 44 AB……Torres has three DONGS in just 7 AB off Hess…..the SANCHIZE has two HR in 7 AB.

Boston SPANKED the Blue Jays wickidddd haaaaaard yesterday and the Jays decided to not put Vlad Jr in the starting lineup….Victoria Day…..Canada Day…..Opening Day…..When you have a SH&T team those are the days you should give the larger crowds a “thank you” and put the signature player out there….NOPE…..Not the SIMPLE JACK upper management…..Good job…..good effort….We have ranted enough about the antics of your boy Stroman but he has pitched pretty well this season…..E ROD should have a good outing vs Toronto….Line looks a bit short how can you not lean to Baaastan?….Player notes…..Jays hitting .211 off ER with 0 DONGS in 38 AB….Red Saaax hitting .283 off STRO SHOW…..Bogaaaaats has solid BVP.

Wheeler has not pitched well vs the Nats this year and the Mets are just 3-6 in his starts…..The Nats are DEAD MEN WALKING it appears until they fire their manager and start to actually play like WHO WE THOUGHT THEY WERE….Get Kimbrel and ride the SP talent to a mega hot streak…..This season isn’t over yet but it’s getting close….Nats go with something called a Fedde tonight cannot back him line looks about right…..Player notes……..NY 9/35 off Fedde with no TATERS….Nats hitting an impossible .377 off Wheeler in 138 AB…..look at Parra Eaton Rendon among others for BVP.

LAD are 6-0 in Kershaw’s starts…..He has looked very good but not dominant….Rays going with an opener and might play with 6 catchers today who the hell knows not playing this one.

ROCK SOLID pitching match-up as our pal Smith takes the mound once again and he has been AWESOME so far…..48 IP 30 hits 64-14 (!) K to BB and 2.25 ERA…..Turnbull has also been primo as well and provides the Tigers with a great 1-2 punch (Boyd) at SP…..The problem with both teams is that they both can’t hit AT ALL…..Feels like an under is in play here but you know we no likey likey MLB unders.

Feels like a good time to back the GIO GONZALEZ EXPERIENCE……He won’t get deep into the game but has done his job in every outing so far….Sonny Gray has been ok this season and been a bit better than just-a-guy (JAG)…..The Brewers are one of the nastiest line-ups around and the Crew have a pen edge…..Will take a shot with Mill ML.….Player notes…..Votto has solid BVP but has turned into a slap hitter who uses a pair of salad tongs at the plate so he can carve out an infield single here and there…..wouldn’t want to hit the ball into the outfield.

19 runs scored yesterday and who knows what we have in store tonight!…..Mariners start the VENERABLE Tommy Milone who stinks….Lynn is a JAG with GASCAN potential….Vegas has the game nailed with a super-high total…..Player notes…..Bruce and Gordon have good BVP.

HAAAAAA. Verlander vs the White Sox and your boy Covey. Line is way too high but you know we avoid games like this one…..Player notes…..Brantley is 6/13 off DC….Abreu is 15/41 (!) off JV with 5 DONGS…….Haven’t seen that many DONGS since the final scene of Womb Raider.

We lean to the Cards in this spot but they have not been playing well in May and Wacha Wacha Wacha doesn’t give us a ton of confidence…..Homer Bailey is starting to become WHO WE THOUGHT HE WAS (bad) and will have a tough time with the Cards lineup……Player notes….STL hitting a sick .368 off your pal Homer (204 AB)…..Look at Carpenter and Molina and DeJong for some serious BVP…..Soler has two BOMBS off Wacha in 10 AB.

Might be worth to take a nibble of Braves F5…..Can’t take them full game as their bullpen is PURE TRASH….Teheran has only allowed 1 ER in his last three starts and the Giants might have one hitter that could start for the Braves…..Anderson has potential but faces the experienced Atlanta lineup in his 2nd start…..Player notes….SF has some good BVP off JT esp Belt and Posey.

Feels like runs are in order tonight but you never know with the MARINE LAYER out there……Would recommend taking a peek at your fav over bets…..F5….team totals….full game….whatever…..Pineda has allowed 13 TATERS already and Cahill is a total GASCAN…..Player notes…..Twins going ALL NIGHT LIKE LUMBERJACK with the bats lately so keep that in mind if you are playing DFS or player props.

Thanks for reading and enjoy the games!