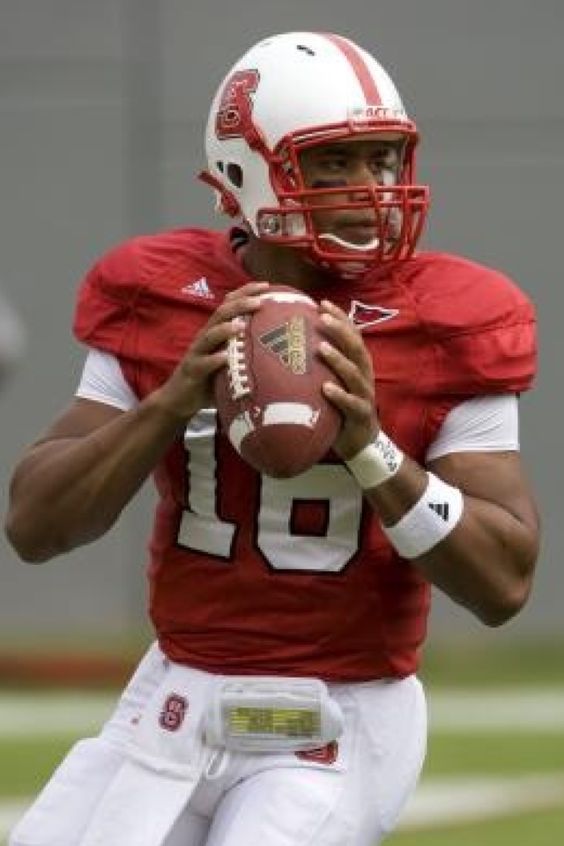 The Wolfpack posted their fifth consecutive winning season under the leadership of Dave Doeren and have quietly become one of the most consistent football programs in the ACC. They sputtered a bit in the second half of the season losing three of four conference games, but one of those defeats came vs Clemson, so can we really count that one? Just kidding. Not really.

There is a lot of turnover on the roster this season. Let’s check things out and determine whether or not these guys can post another winning mark.

There are some GAPING HOLES on offense that need to be filled and it starts at the QB spot. Ryan Finley is off to the NFL (Bengals) after finishing his career in Raleigh as the program’s #2 all-time passer behind some dude named Philip Rivers. Sophomore Matt McKay appears to have a slight upper-hand in the battle for the starting QB gig but our ACC QUARTERBACK BATTLE INSIDERS let us know that we need to keep an eye on Florida St transfer Bailey Hockman and Devin Leary during fall camp. Nothing has been officially decided yet.

Ricky Person is a promising young RB that may grab the #1 role in the backfield but he missed spring activities due to a hip injury. Person is expected to be ready for fall camp. There is not much proven depth to speak of in the RB room. The WR corps? Well, nothing to see here other than they lose a PAIR of 1,000-yard receivers in Kelvin Harmon and Jakobi Meyers who combined to snag 173 (!) balls a season ago. There are still some talented players left behind but that is a ton of production that needs to be replaced. Oh, and THE HITS KEEP COMING. The offensive line returns just a pair of starters and loses their all-universe center Garrett Bradbury who was grabbed in the first round on the NFL draft (Vikings).

The Wolfpack fired up 33.8 PPG last year (#3 ACC) but it seems impossible to think that they can maintain that kind of performance. We would be surprised if they hit the 30 PPG mark in 2019.

NC State has been really consistent (and good) on defense over the past five seasons giving up on average about 25 PPG over that time horizon. They haven’t allowed 400+ YPG since 2012 (405) and have bagged 30+ sacks for five straight years (35 LY, #4 ACC).

The DL loses a pair of starters this year AFTER losing the entire group to the NFL at the end of the 2017 season. There is reason for concern but keep in mind that the Pack have recruited well at this position and have some promising youngsters ready to emerge. Stop us if you have heard this before, but NC State loses a star to the NFL draft in LB Germaine Pratt (Bengals) who led the team in stops (105), TFL (10.5), and QBH (7) in 2018. The pass defense was average last season (#8 ACC pass efficiency D) but return almost everyone in the secondary.

We expect another decent performance out of the Wolfpack defense.

NC State has a superb PK in Christopher Dunn who is coming off a phenomenal freshman campaign (51/51 XP, 23/25 FG) and you know we love ourselves some robot kickers. They need to break in a new P and find someone to replace Maurice Trowell on KRs.

Overall – There are some tough ones on the slate (at West Virginia, at Florida St, Clemson) but a small handful of almost-certain wins.

The KOOKY Demon Deacons have defeated the Pack two years in a row and this game pops up before the big home game with Clemson.

Tough call at that number. This has the feeling of a seven or eight win team.

NC State (then known as The North Carolina College of Agriculture and Mechanic Arts) played its first football game against a team from the Raleigh Male Academy on March 12, 1892. They tasted victory by a score of 12-6. Legend has it that whiny DEGENERATES took to Twitter after the game and complained about BAD BEATS on their total and prop bets.

The last time the Wolfpack won the ACC title was back in 1979 when they finished with a record of 7-4 (5-1 ACC) under the leadership of HC Bo Rein who died in a plane crash shortly after the season was completed.

By now, you kinda see the picture. It’s a tall order to replace a star QB, a bunch of dangerous skill position guys, great offensive linemen, and your leading tackler. That magnitude of a reload would be tough for even ROLL TIDE or Clemson. It’s hard to call for a big downturn given the success that HC Dave Doeren has had with the program. We are just trying to be realistic.

The Wolfpack had a hard time meeting high market expectations over the past two seasons posting a 11-15 mark ATS. The Pack could surprise this season, but the more likely outcome is a mark vs the number slightly below .500. We recommend the use of caution early on in the campaign, then reevaluate if necessary.