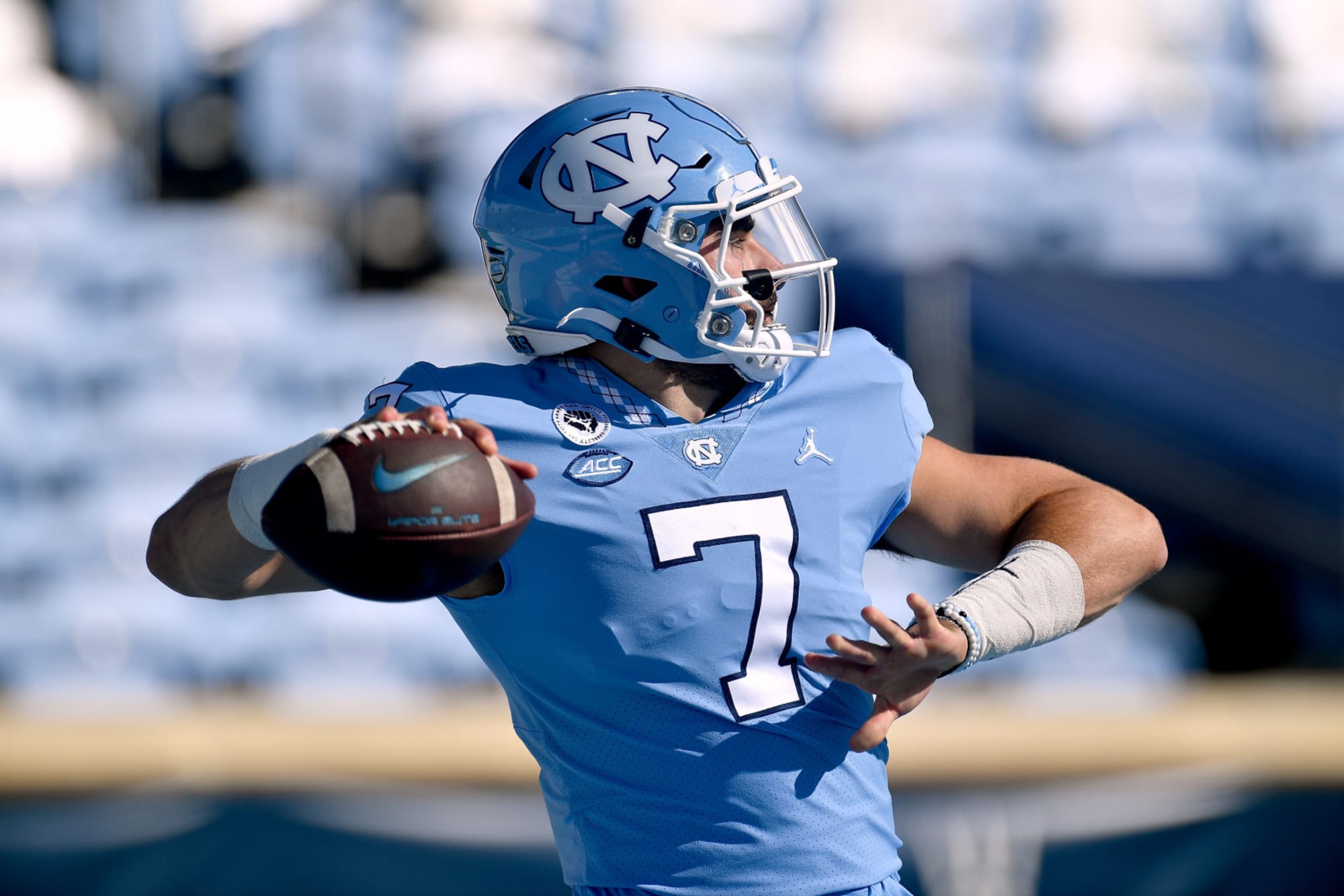 The Tar Heels won eight games LY but somehow it felt like they left some MONEY ON THE TABLE. You can’t fault them for losses to Notre Dame and Texas A&M (Orange Bowl) but they dropped a pair of STINK BOMBS along the way losing to Virginia and a DECREPIT Florida St program. Overall, it’s hard to get too mad about an eight-win season.

The Tar Heels were the #5 total offense in the country last season and displayed excellent balance (#11 FBS rush, #18 pass). They scored 48+ on six (!) occasions. Superstar QB Sam Howell is back for one more season before his NFL career begins and he posted eye-popping numbers LY (68%, 30-7 TD to INT). North Carolina loses some SERIOUS talent at RB and WR so it’ll be interesting to see how they operate. They lose a pair (!) of 1,000Y rushers as well as their top-two WRs in Dynami Brown and Dazz Newsome who combined for almost 1,700Y and 14 TDs in 2020. WR Khafre Brown averaged 22.5 YPC LY and Beau Corrales averaged 18.3. TE Garrett Walston is a reliable target (255, 2 TD) so the THROW GAME should still prosper. It appears as though the new #1 RB will be Tennessee transfer Ty Chandler who’s gained over 2,000Y in the SEC. Five starters return to a talented and yuuuge OL, although it should be noted that the Heels allowed 34 sacks LY (#11 ACC sacks allowed per game). It helps to have an elite QB, but their numbers have to drop some this season.

North Carolina was pretty average across the board a season ago finishing #50 in the FBS in run defense, #51 in pass efficiency D, and #5 in the ACC in sacks/game. 10 starters are back but the only missing piece is a yuuuuge one in star LB Chazz Surratt who’s off to the NFL (Vikings). The DL is deep and has excellent size, and the combo of Tomon Fox and Jermiah Gemmel combined for 6.5 sacks and 12 TFL LY. Don’t sleep on DE Tomari Fox who led the team in sacks LY (7). The back end is deep and talented but they need to make some plays. Nobody on the team had more than one INT in 2020. We expect improvement this year but they’ll need to uncover a few breakout stars in order to take it to the next level.

Overall – Things get HOT and HEAVY right off the bat when they take on Virginia Tech in Blacksburg on opening Friday night. They avoid Clemson, get Miami at home, and don’t face back-to-back road games.

This game follows the aforementioned date with the Hokies and precedes an ACC REVENGE tilt (Virginia). Georgia St can SCORE the FOOTBALL.

We’d probably take some pizza money on the over ‘9’ if we could find a rogue one out there. The schedule is very manageable.

Duke and North Carolina have played for the Victory Bell trophy every year since 1948. The Tar Heels lead the series 44-23-1 with two vacated wins. The schools first met in 1888 when Duke was known as Trinity.

This should be an exciting year in Chapel Hill as there’s no reason to expect anything other than a division title. THERE’S MANY A SLIP BETWEEN A CUP AND A LIP so it’s imperative that the Heels take care of business and don’t fall to a lesser opponent or two. They get YOUR Miami Hurricanes at home and that game will likely decide the winner of the Coastal.