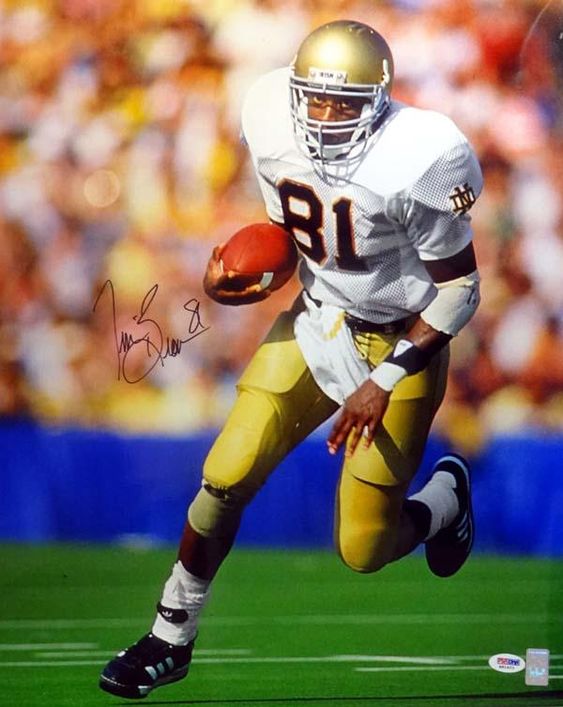 That was a fun ride!

Yes, the Fighting Irish got blown out by Clemson in the Cotton Bowl but keep in mind that was an AWESOME Tigers squad. The fact remains that these guys accomplished something REALLY difficult to do and that’s to get through the regular season undefeated. There were some close calls along the way but their schedule didn’t have many FREE SQUARES.

Does Notre Dame have what it takes to make another run at the College Football Playoff?

It all starts with Ian Book at QB and he appears to be an under-the-radar Heisman Trophy candidate. The offense really got rolling with Book at the controls last season (2,628, 19-7 TD to INT, 68%, 10 games) and should be dangerous once again, even with the loss of some key playmakers to the NFL. Book will be without #1 WR Miles Boykin (NFL – Ravens) and dangerous TE Alize Mack (NFL – Saints) but still has a pair of fine targets at WR in Chase Claypool and Chris Finke. The RBs are capable of being weapons in the THROW GAME and don’t forget that Notre Dame always seems to have crazy-good pass-catching TEs.

It’s unclear if there is a true #1 RB on the depth chart but the combo of Tony Jones (Thunder) and Jafar Armstrong (Lightning) should be a very productive duo. The offensive line looks solid (AGAIN) as they bring back experience (4 returning starters), good size, and a lot of talent. There are a bundle of highly-recruited players in the unit.

Notre Dame has averaged over 30 PPG for five consecutive seasons and we are almost certain that they keep that streak alive.

There’s a lot of potential in the ranks but there is also concern about losing a small handful of stars to the NFL. DT Jerry Tillery was a force on the line and is now plying his trade with the Chargers in the NFL, as is their #3 tackler from a season ago LB Drue Tranquill. No more LB Te’von Coney (#1 tackler LY). The biggest loss might be AA CB Julian Love who had 16 PBUs LY and is now a New York Football Giant. Rest assured however, as there is still talent on board.

The Irish bagged 34 sacks a season ago which was the most they had posted since 2012. The pass rush should still be nasty with a pair of DEs returning for battle (Julian Okwara, Khalid Kareem) that combined for a whopping 12.5 sacks and 29 (!) QB hurries in 2018. The run defense will probably be a bit softer (139 YPG, #36 FBS LY) given the departures at DL and LB. The CBs are inexperienced but seniors Jalen Elliot and Alohi Gilman are one of the premier safety duos in college football.

The Irish need to break in a new PK and P and will miss the reliable leg of Justin Yoon (17/21 FG LY). The return units could use a bit more spice.

Overall – NASTY. They rarely do themselves any favors with the scheduling and this year is no exception. Road dates with Georgia, Michigan, and Stanford are going to be tough; not to mention facing some really good-looking teams at home (Virginia, Virginia Tech).

The Hokies are going to be a tough out and don’t forget they won at Notre Dame back in 2016. The Irish will be coming off their big game with Michigan and Virginia Tech will have had the benefit of a week off.

Lean to the under. There are a lot of landmines on the slate after they destroy Louisville and New Mexico. It’s hard to see them winning at Georgia or Michigan, and that’s two losses (in theory) right there.

The USC and Notre Dame combination has produced the most national titles and Heisman Trophy winners of any college football rivalry.
Although the football program is not an official member of the conference, they play five games a year vs the ACC. This year they do battle with Louisville, Virginia, Virginia Tech, Duke, and Boston College.

The Irish appear to be down a notch this season when you look at the talent on the roster, but remember that this program has achieved double-digit wins in three of the past four years. That’s nothing to sneeze at. The schedule is a BEAST but the only game that might be unwinnable is the visit to Georgia. If they manage to escape Athens with a victory then there might be no stopping these guys. Unlikely, but not impossible.

As per usual, we recommend staying clear of Notre Dame on most occasions when they are a home favorite (43% ATS L10Y) and taking a close look on the rare occasions they are listed as underdogs vs the point spread.