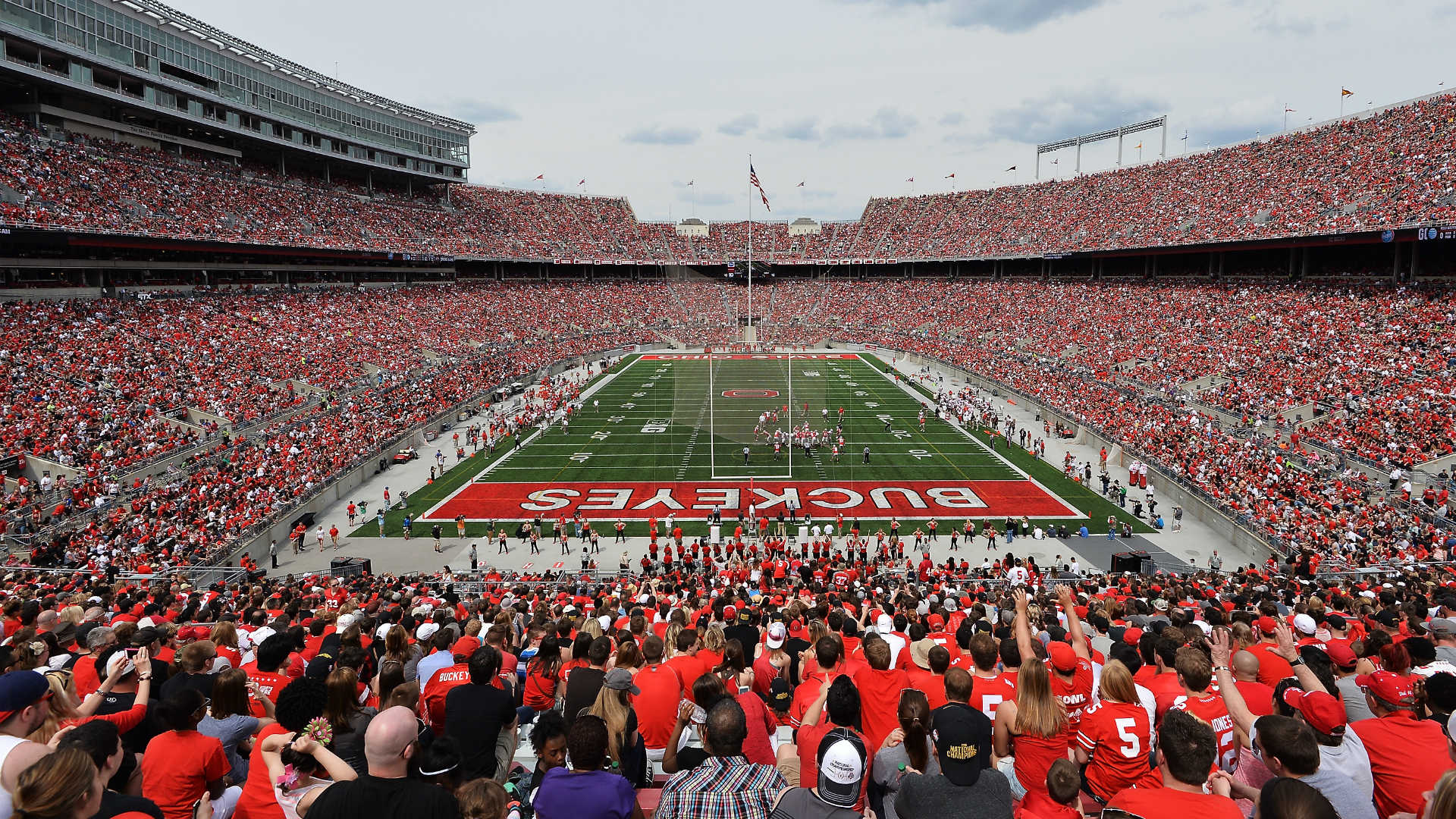 The Buckeyes rolled through the shortened regular season plandemic schedule with a mark of 5-0 and looked good doing it. They struggled with a feisty Northwestern squad in the Big Ten Championship Game (W 22-10) but used a devastating ground game (399, 9.1!) to put the Wildcats to bed. They SPANKED Clemson like a RED-HEADED STEPCHILD in the playoffs but had no hope against the powerful ROLL TIDE in the Championship Game (L 52-24). Ya, it didn’t end well, but it was still an entertaining season for Buckeyes fans.

The Buckeyes were devastating as expected LY behind the excellent work of star QB Justin Fields who’s off to the NFL (70%, 22-6 TD to INT, 5 rush TD). They finished the season ranked #8 in the FBS in rushing offense and #9 in passing efficiency. The starting QB gig will go to one of a few youngsters and the battle is still raging as we approach press time (Stroud, Miller, McCord). Whomever takes the snaps under center will be glad to know that the top-two WRs return and Chris Olave and Garrett Wilson combined for over 1,400Y and 13 TDs LY. They’re both NFL-caliber doods. And don’t sleep on TE Jeremy Ruckert (5 TD LY). Losing #1 RB Trey Sermon stings but they still have #2 RB Master Teague in the fold and add a highly-touted freshman in Treveyon Henderson. They lose a pair (!) of NFL DCs off the OL but still have a strong group led by star LT Thayer Munford. There’s raw talent all over the place but you have to expect a less-potent offense in 2021.

Last year’s defense held up well vs the run (#6 FBS, 98 YPG) but didn’t do as well vs the pass (#89 FBS pass efficiency D (66%, 16-7 TD to INT). To be fair, however, it should be pointed out that playing Clemson and ROLL TIDE in back-to-back games was a tall task. The defense is in reload mode (do they ever REBUILD?) as they lose 5 (!) NFL DCs and their top-five tacklers. The DL returns a pair of starters and has a boatload of raw talent and size. Ideally they will get a bit more of a pass rush going. The entire starting LB group needs to be replaced but they should be stronger in the secondary despite the loss of CB Shaun Wade to the NFL. Our best guess is that the DL leads the way and Ohio St still has a really good stop unit overall. Having said that, the level of “star power” appears to be down a notch, and that puts a ceiling on their upside.

The group was pretty mediocre LY and finished #104 in the Phil Steele special teams rankings. Hopefully new AUSSIE punter Jesse Mirco can do a decent job of replacing the excellent Drue Chrisman. Jake Seibert takes over the full time PK duties but didn’t WOW folks during the spring. The PR and KR production was brutal LY.

Overall – Week one means BIG TEN action as they travel to face Minnesota. Week two? The Oregon Ducks (!) visit Columbus in a game that’s surely MUST SEE TV. They miss Wisconsin, Iowa, and Northwestern from the West.

This could be a letdown spot as it’s game three after two biggies (see above).

You lose if they go undefeated. The schedule is pretty light overall and they get Penn St at home. It’s not impossible to think that Oregon could SHOCK the WORLD.

It seems impossible, but the last time Ohio St had a negative turnover margin was back in 2007 (-3). Since then, the Buckeyes are +116. Amaze your CELLMATES in the GULAG you’ll be inhabiting next year. Maybe trade that knowledge bomb for some smokes or extra time in the yard?

Ryan Day has done a great job so far booking a record of 23-2. The losses? Clemson and ROLL TIDE. Not bad. This year will be a challenge breaking in a brand new QB and playing with a lot of new starters on defense. The schedule is helpful and it’s hard to peg them as anything other than the favorite (again) to win the Big Ten.