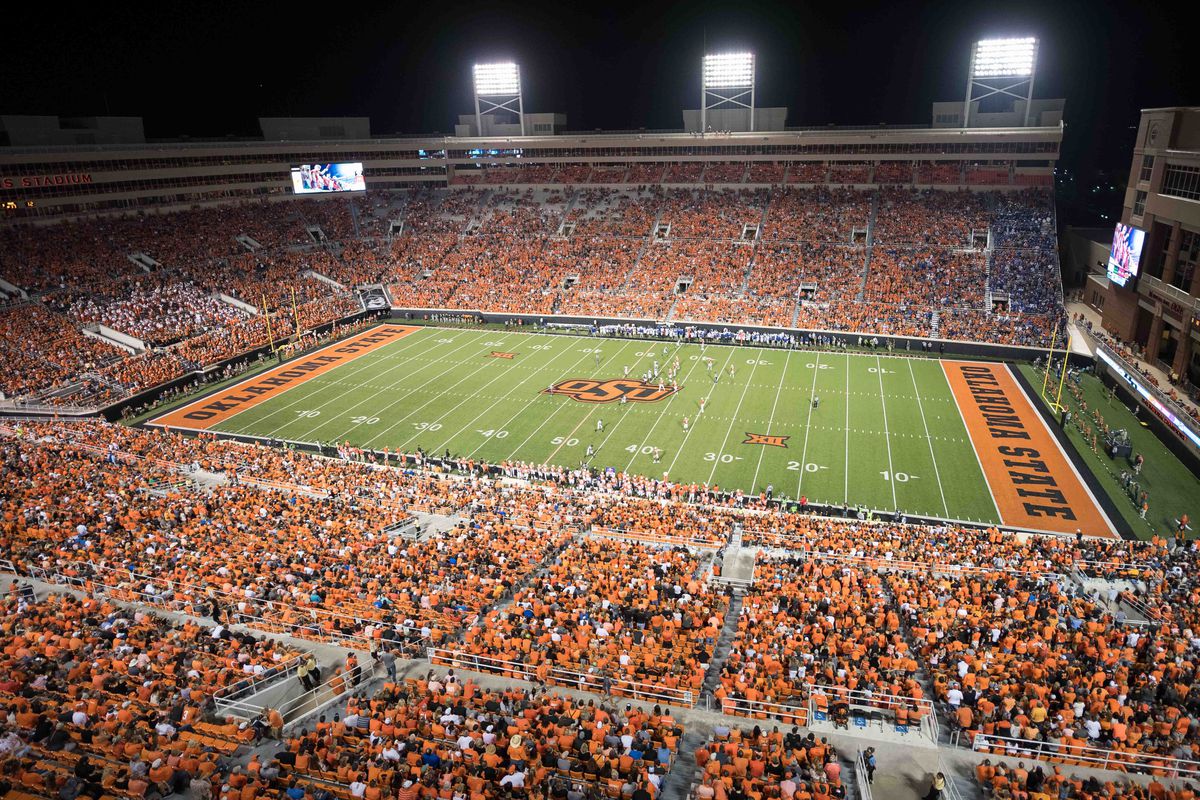 The Pokes came into the season with high hopes but failed to make the Big 12 Championship Game once again. Losing at home to Texas in OT was a killer and then they got steamrolled by Oklahoma a few weeks later (L 41-13). They booked a third loss later in the year at TCU. The season was capped off with a win over YOUR Miami Hurricanes in a very entertaining CHEEZ-IT BOWL (W 37-34).

The Cowboys weren’t as potent as hoped LY (#45 FBS rush, #53 pass) as they struggled with inconsistency and injuries at the QB position. Spencer Sanders had an up-and-down season when healthy and note that his career TD to INT ratio is 30-19. That’s gotta get a lot better. Shane Illingworth was decent in backup duty and is also back in 2021. Two of the top-three RBs return (Jackson, Brown) and they combined for over 1,000Y and 6 TD in a support role to the departed Chuba Hubbard. They also get a nice addition in RB Jaylen Warren from Utah St who booked over 800Y and 8 TDs on the ground in two years at Utah St. The WR group takes a MASSIVE hit with the departure of the lethal tandem of Tylan Wallace and Dillon Stoner (#1, #2) who combined for almost 1,500Y and 10 TD LY. The OL has to be better after allowing 26 sacks (#8 Big 12 sk/g) and leading the way for just 4.1 net yards per carry (5.3 in 2019). Guard Josh Sills is a fine piece to build around and they add an excellent center in Danny Godlevske from Miami Ohio. The offense looks pretty good on paper and you know they’ll always find a way to get great production at WR.

Oklahoma St’s calling card on defense was their EXCELLENCE on 3rd downs as they allowed a measly 26.5% success rate (#1 FBS). They were mid-pack in Big 12 total defense (379 YPG) but tallied 33 sacks (#2 Big 12 sacks per game). Eight starters and 11/12 top tacklers are back this year and they look solid across the board. It all starts up front with a solid pair of rushing DEs in Trace Ford and Tyler Lacy (combined 8.5 sacks LY) that work well with the size inside. LB Malcolm  Rodriguez is one of the best at his position in the Big 12 (#1 tackles, 3 sk, 7 TFL, 5 QBH), and they have a really good pair of safeties in Tre Sterling and Kolby Harvell-Peel. This still looks like a solid D but it’s impossible to expect the same kind of success that they had on 3rd down LY.

PK Alex Hale hit 13/14 FGA LY before he was injured. He’s due to be back according to news at press time and they need him. P Tom Hutton returns as do their primary KRs.

Overall – They have a tough road match-up with Boise St before Big 12 action kicks in. They start out relatively slow in conference play with home games against Kansas St and Baylor. Back-to-back road games against Texas and Iowa St are nasty.

This is a tough sandwich spot between home dates with TCU and Oklahoma.

Tough call but it’s not unthinkable they hit the bye week at 5-0. They get their two toughest November games at home.

It seems like EVERY year is THE year for Oklahoma St. After three consecutive 10-win seasons from 2015-2017 they’ve hit a relative DRY PATCH over the past three years (23-14, 7,8,8 wins). This looks like another really good, but not great, Cowboys team. We’ll cheer for these guys to get into the Big 12 Championship Game but it appears they’re a longshot to get that done.