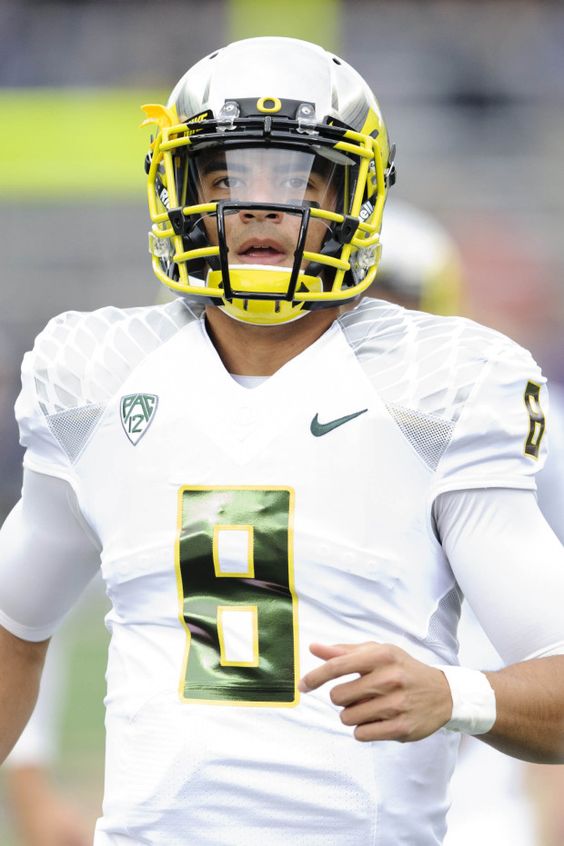 The Ducks returned to their winning ways last season after posting a combined record of 11-14 in the previous two campaigns. They played really well at home and their only loss in Eugene was a choke job vs Stanford. The only DUCK EGG laid during the campaign was a 44-15 beating at the hands of Arizona. They won four of their final five games including a SNOT BUBBLER vs Michigan St in the Redbox Bowl (won 7-6).

It was a decent effort from the Ducks during the first year under HC Mario Cristobal and now it’s time to see if they can make a serious run at a PAC-12 Championship.

Star QB Justin Herbert is back for one more season before taking his talents to the NFL. Herbert is coming off a good season (3,151, 29-8 TD to INT) and will lead an offense that looks mighty scary. The Ducks are loaded at RB and feature a 1-2 combo (CJ Verdell, Travis Dye) that combined for almost 1,800 yards and 14 TDs last year. The offensive line has to do a much better job in run blocking as the Ducks only averaged 4.4 YPC (5.2, 5.5, 5.9 previous three seasons). Thankfully all five starters return for duty and they have the most experience of any OL in the FBS. Oh, and they also have nice size. We have to believe the rushing attack will look more like what Oregon normally brings to the table. Herbert will have to find a new #1 option when he chooses to MATRICULATE down the field in the passing game as Dillion Mitchell (1,184, 15.8, 10 TD) is off to the NFL (Vikings). There is still talent on hand and the receiving corps will be buoyed by the addition of Penn St grad transfer Juwan Johnson who brings nice size (6-5 230) to the proceedings.

It seems almost certain that Oregon will exceeds last season’s PPG output and they might approach 40 PPG (34.8 LY).

The Ducks return seven starters to a stop unit that was pretty good a season ago (#5 run D in PAC-12, #4 pass efficiency D). They will definitely miss the presence of their excellent DE Jalen Jelks who is off to the NFL (Cowboys) but they have experience on the line and add in highly-recruited specimen Kayvon Thibodeaux who has the ability to become a star right out of the gate. The LBs are in good shape with the return of 1st Team PAC-12 honoree Troy Dye who led the team in tackles a season ago. The secondary is chock-full of talent including junior CB Thomas Graham who had a remarkable 18 PBU (T3 FBS) to go along with 3 INT in 2018.

There is a change in DC and we are happy to see the Ducks bag a nice replacement for the departed Jim Leavitt. Andy Avalos comes over from Boise St and the Broncos played good D under his watch. The Ducks will certainly finish in the top half of the PAC-12 defensive rankings and appear to be good enough to support a run for a conference title.

There is some uncertainty on hand as the Ducks need to reload the return units and need to get better production out of the punting and FG game. The unit was disappointing last year but it’s possible that the return teams shine with so many excellent athletes on the roster. And maybe freshman PK Camden Lewis turns out to be really good?

Overall – Things get off to a really fun start as the Ducks battle with Auburn in Arlington on August 31. It’s not great to have to face Washington and Stanford on the road. Keep in mind that they only have four true road games and seven in Eugene where they are really tough.

Potential ATS Trouble Spot – Nothing of note as we go to press.

Feels like a good bet to take a stab with the ‘over’. It’s hard to see this team losing four games and the upside is there for a big season.

Oregon did not worry about LOAD MANAGEMENT in the year 1910 when they played their starters the entire game and crushed the University of Puget Sound by a score of 115-0.

QUACK ATTACK appears to be back. The team looks loaded with a great looking offense that includes a Heisman-caliber QB. The defense is sneaky good. They are probably going to have to knock off Washington on the road to win the division but that is certainly within the realm of possibility. Can HC Mario Cristobal guide a stacked team to glory in a Power 5 conference? <grabs popcorn> It gets HOT AND HEAVY week one with a game vs Auburn in Arlington.

The Ducks have had a rough go of it vs Vegas over the past three seasons compiling a record of 13-24-1 vs the number (27%) (!). REGRESSION TO THE MEAN GUY will remind all of us that it was DESTINY because the previous seven campaigns were amazing (61% ATS) (!). We think that Oregon will be a good play this season more often than not. Their offense will finally resemble the killing and crushing machine it used to be which will enable them to cover big numbers. The defense should be good enough to give them a great shot to win every road game. Even the tests at Washington and Stanford. Go Ducks!