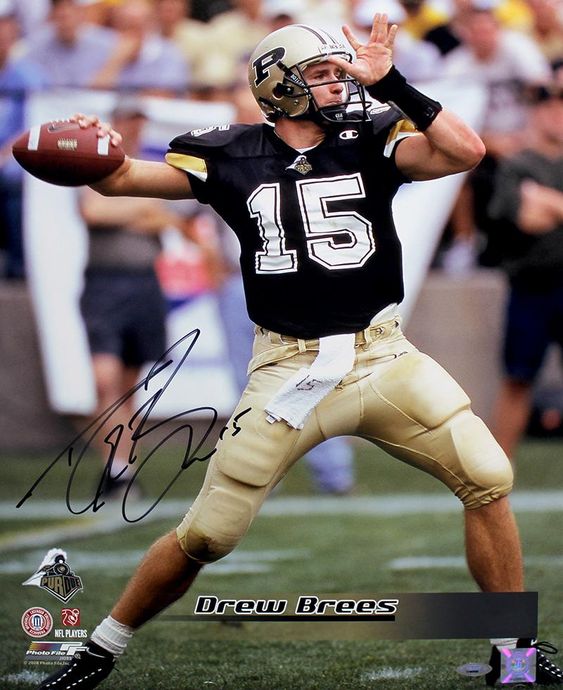 Quite the mixed bag, yo.

The Boilermakers provided a lot of highs and lows for their fans last year. ACT ONE. Lose the first three games by a combined 8 points. ACT TWO. Win four games in a row with the cherry on the cake being a 49-20 beating of YOUR Ohio St Buckeyes. ACT THREE. Drive people crazy with inconsistency and lose by 40,000 (estimate) to Auburn in the Music City Bowl.

The Big Ten West gets tougher by the day. Does Purdue have a shot to contend for a division crown this year?

The Purdue passing attack put up some fine numbers last season and were 2nd in the Big Ten in passing yards per game (308). The underappreciated David Blough moves on after throwing for over 3,700 yards and 25 TDs. Junior Elijah Sindelar moves into the starting role, and while he does have starting experience, it’s tough to expect him to be as productive as his predecessor. The RB unit is a major concern as they lose a ton of production. DJ Knox and Markell Jones were a fine 1-2 punch that combined for over 1,400 (!) yards and 13 TDs a season ago but they are both gone. Here is some great news. WR Rondale Moore is one of the most electrifying players in the Big Ten and he is just a sophomore. Moore snagged 114 (!) receptions last year which led the FBS by a LOT (Andy Isabella, UMass, 102) and he also rushed for over 200 yards and a pair of TDs in his spare time (10.1 YPC). The offensive line is a bit of a worry given that they only bring back a pair of starters and they allowed 30 sacks LY whilst paving the way for 4.4 YPC.

It feels like the Purdue offense will take a step back and average less than 30 PPG (30.5 LY).

Yuck. The Boilermakers allowed 453 YPG last year and that was the 2nd worst mark in the Big Ten behind the DUMPSTER FIRE in Champaign, Illinois. Their masterpiece was probably the Music City Bowl in which they allowed 586 yards to Auburn whilst allowing 63 points. For those keeping score at home, Auburn rolled up 56 in the first half (!) and there is zero doubt that they could have approached A COOL HUNDO if they really tried. What do things look like this year?

We are optimistic that improvement is in the cards. Nine starters are back on defense and they appear to have some really nice chess pieces. The entire front-seven returns for duty including their excellent LB Markus Bailey (2nd Team Big Ten) who led the team in tackles (115) (!) whilst picking up 10 TFL a season ago. A solid LB corps adds Ben Holt who did some fine work at Western Kentucky while leading the Hilltoppers in tackles in 2018. They need to get some improvement from the secondary as they yielded 285 passing YPG (last Big Ten) and 62.3% completions (#11 Big Ten). Their fortunes will improve if they can achieve more PENETRATION this season as they only tallied 61 TFL a season ago (#11 Big Ten).

Rondale Moore does a bit of everything including returning punts and kickoffs. That’s a good thing, although he wasn’t explosive on returns last season. Purdue needs to work in a new P,PK combo. Overall, not great news here.

Overall – The season starts with three tricky out-of-conference games (at Nevada, Vanderbilt, TCU) and they would do extremely well to get through those contests unscathed. The Big Ten slate is favorable as they have five home dates whilst avoiding Michigan and Ohio St.

Potential ATS Trouble Spot – Nothing significant to note at this time.

The number looks about right. There are areas of concern on the roster but those are offset somewhat by the manageable schedule.

The official mascot of Purdue University is The Boilermaker Special which resembles a Victorian-era railroad locomotive.

Purdue’s last Big Ten title came back in 2000 when they shared the honor with Northwestern.

Hmm. The defense is going to take a step forward, but the offense is almost certainly going to be less potent than last year’s version. And what about the special teams? The Big Ten West is getting very competitive and it feels like Purdue is going to have their hands full on most occasions.

HC Jeff Brohm has exceeded market expectations in his first two years in West Lafayette posting a record of 15-11 vs the Vegas number. We will give him the benefit of the doubt this season and expect the Boilermakers to get back to a bowl game whilst having ups and downs vs the point spread.