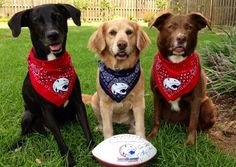 The Jags started out the season in fine form when they were able to SHOCK THE WORLD in the opener and take down Southern Miss on the road. They won three of their first five games but then faded down the stretch and finished with a mark of 4-7. They were able to fight well in their WEIGHT CLASS but couldn’t compete consistently with the better teams in the Sun Belt. New HC Kane Wommack (former Indiana DC) has some work to do.

The Jaguars have to figure out a way to get the ground game going as they rushed for a mere 111 YPG LY (#112 FBS). Of course, a good reason for that meager total was the fact that they allowed an impossible 40 sacks in 11 games, and those negative yards count against rushing totals. #1 RB Carlos Davis is gone and nobody with more than 200Y on the ground is back for duty. The good news is that they snagged a transfer from Miss St (Kareem Walker) who will combine with LY’s #2 Terrion Avery. Four starters return on an OL that has good size but they need to be a lot better in pass protection. Two of their top-three WRs return including ALL-MEGALOCKS team member Jalen Tolbert who is an absolute BEAST (64-1085,17.0, 8 TD LY). We saved the best for last. Desmond Trotter had his moments at QB LY but they bring in transfer Jake Bentley (LY Utah) who has played for 17 years and for 15 different teams **. That will no doubt add stability and efficiency to the offense. New OC Major Applewhite is a yuuuuge upgrade.

The performance LY was MEH on the whole. They allowed 27.3 PPG which was their best showing since 2016, but they allowed 66% completions and 174 YPG on the ground whilst booking a mere 13 sacks in 11 games. This year’s DL appears to be solid on paper given the experience and depth but the LB unit will certainly miss Riley Cole who led the team in tackles (96) and TFL (6.5). It won’t hurt to add transfer Jamal Brooks from Missouri. The back end returns a lot of experience but they need to be a lot better than they were in 2020 (#100 FBS pass efficiency D). Safety Keith Gallmon and CB Devin Rockette are good pieces to build upon. Our primary concern is the pass rush as nobody with more than two sacks LY returns for battle.

Overall – Don’t ask us for a DRUG TEST, but we think it’s possible for the Jags to start 3-0. They have a stretch of three straight road games in November.

There’s a small handful of winnable games but they need to GIT ER DONE before November as their final contests are nasty (App St (A), Tennessee (A), Coastal Carolina (H). There’s more upside than downside with this team so we’d take a stab at the ‘over’ before we bet on misery.

The Jags have still not tasted bowl victory. They’re 0-2 so far. Maybe this is the year?

This is a tough call. They’ll need to get off to a good start and build some confidence before heading into Sun Belt play. Snagging Jake Bentley at QB was a POWER MOVE and they just need the defense to exceed expectations to make a run at a bowl game. Let’s do this!