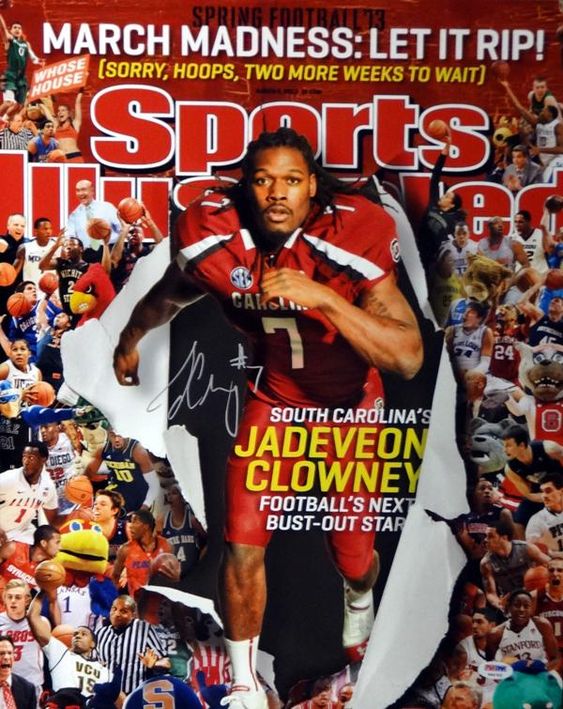 The Gamecocks season went pretty much according to schedule. They grabbed the wins they were supposed to (Coastal Carolina, Vanderbilt, Akron, etc.) and had a hard time pulling off upsets. They were suffocated by the Cavaliers in the Belk Bowl (L 28-0) and ended the year on a sour note.

That’s back to back winning seasons for the Gamecocks, but somehow, we feel like they’ve left some potential on the table. What can we look forward to in 2019?

South Carolina scored 30+ PPG (30.1) last year for the first time since 2014, and they even managed to tally over 30 points vs Clemson and Florida. QB Jake Bentley has one more season in Columbia and it feels like he has been around since the 1970s. Bentley threw for over 3,000 yards LY but tossed way too many balls to the other team (14 INT). Damage will still be done via the THROW GAME as the WR unit looks good, even with the departure of Deebo Samuel (NFL – 49ers). Bryan Edwards is a legit #1 (846, 15.4 LY) and he and Shi Smith combined for 11 TD receptions in 2018. The RB group is deep and they should be able to cobble together a decent ground attack with their top-two rushers from last season’s squad both back for battle. The offensive line did good work LY and paved the way for 4.5 YPC whilst allowing just 23 sacks (fewest since 2013). Three starters return to the front but keep in mind they lose quite a bit of depth and an NFL-bound LT.

The Gamecocks have a well-balanced offense and should hit the 30 PPG mark once again, even with the tough schedule ahead of them (see below).

The Gamecocks were disappointing on defense a season ago allowing 424 YPG (#12 SEC) including 195 YPG on the ground (2nd last SEC) (!). Things have to get tighter on this side of the football if South Carolina plans on making noise in the division. Seven returns return on defense, and don’t forget that they had to deal with a lot of injuries in 2018. We really like the look of the front seven. The DL returns three starters, has a lot of raw talent, and you know HC Will Muschamp will know what to do with it. The LB group will be solid with MLB TJ Brunson back for his senior campaign (#1 tackles LY, 10.5 TFL) and Sherrod Greene was #2 in tackles LY. Our primary concern relates to a relatively inexperienced secondary, and keep in mind that the Gamecocks yielded over 60% completions LY for the fourth time in five years. They were also ranked 2nd last in the SEC a season ago in interceptions with just 6 (!) in 13 games.

There are some nice pieces on defense but they will probably end up being a “slightly above-average” stop unit unless they can get more pressure on the QB (26 sacks LY) and force a few more turnovers.

Overall – NEAT! South Carolina has the pleasure of facing ROLL TIDE and Clemson. They start with two layups (North Carolina, Charleston Southern) but face one of the toughest schedules in all of college football.

The annual match-up with the Vols takes place after the Gamecocks’ two biggest divisional games (at Georgia, Florida) and it’s unlikely they head to Knoxville with a full tank of gas.

Lean to the ‘over’. There’s enough talent on board (and winnable games) to get to a six wins and a bowl game.

The Gamecocks have one SEC divisional title to their credit (2010). Sadly, they were blown to bits by Auburn in the SEC Championship Game (L 56-17).

The Gamecocks have their work cut out for them as the schedule is just NASTY. The good news? There’s enough talent on the roster to give anyone headaches and we’d be surprised if they didn’t pull at least one decent upset. The question becomes: can they hold serve in the games in which they’re supposed to win?

Will Muschamp has a 22-17 ATS mark (56.4%) during his time in Columbia and has done good work over the last two years as a road underdog (6-0). We’ll take an overall neutral ATS stance for now but will almost certainly be more interested in BACKING these guys, as opposed to being FADE GUY.