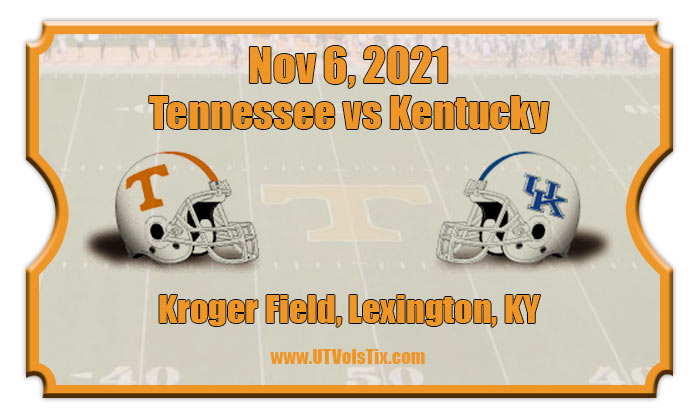 This should be fun, yo.

There’s lots of hate between these two programs and fan bases and that makes for a great environment. And don’t forget that Tennessee is an explosive bunch under new HC Josh Heupel that needs two more wins to meet their primary goal of bowl eligibility. Kentucky? They’re a six-win team that’s proven to be one of the more consistent teams in the SEC. Saturday night SWEET ACTION.

The offense has been sttttrrrruggggllllinnnng to say the least as the Cats have booked less than 250 (!) yards of total offense in 3L4G. Star RB Chris Rodriguez has had a fine season (809, 6.0) but has developed a case of FUMBLE-ITIS and for whatever reason has just 41 (!) yards on 15 carries over the L2G. Injuries, personal issues, or whatever, he’s the heartbeat of the offense and has to be a major contributor if Kentucky plans to win this game. QB W Levis has cooled off considerably and has average to mediocre stats (14-9 TD to INT). He’s certainly lacking in the confidence department as we approach press time. They have a star at WR in W Robinson (58-645) but nobody else on the team has booked 20 receptions. Tennessee has been an average defensive team overall and there’s no doubt that the Cats have the ability to run on these guys. Can they roll for 250+ ? We doubt it. We don’t see Kentucky doing much in the THROW GAME and note that the Volunteers are the SEC MASTERS OF PENETRATION (#1 TFL/game SEC). The Kentucky OL is really good so the OL vs DL will be a fun battle to watch.

Yes, guy. QB H Hooker is turning into a legit star in this offense (17-2 TD to INT, 416 rush yds) and he’ll benefit from the bye week to have some bruises and OUCHIES heal up. They boast a pair of RBs with 300+ rush yards and a deep stable of talented WRs that defy DOUBLE-TEAM ACTION. They spread the ball around and move fast. Kentucky has been good but not great on D and have allowed 400+ yards of total offense in each of their L3G. They’re #11 in the SEC in sacks/game and #5 in TFL/game so we don’t expect a ton of disruption despite the fact that the Vols are last in the SEC in sacks allowed/game. Kentucky does an excellent job of preventing explosive plays but this just might be their toughest test of the year in that regard.

The Vols have covered 10 of the last 12 times they’ve visited Kentucky……The Cats are dead last (!) in the country in turnover margin (-12)…..They’ve only forced four turnovers all year.

This feels like two teams going in different directions. The Vols have proven they can perform well in Lexington and don’t forget they gave ROLL TIDE all they could handle for 3Q in their last game.