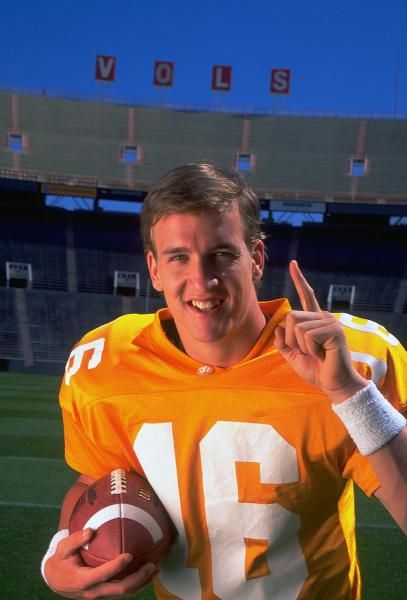 The Volunteers sprung from the gate in impressive fashion winning their first two games (South Carolina, Missouri), and then, things took a nasty turn to TURD TOWN. They lost their next six games and only managed one more win the entire season (Vanderbilt). All of their losses were by double digits. Sweet.

The Vols were awful on offense once again LY and failed to average 25 PPG (21.5) for the fourth consecutive season. The good news is that they’ve added some significant talent to the QB room. The battle for the starting gig will be between Michigan transfer Joe Milton, Hokies transfer Hendon Hooker, and LY’s backup Harrison Bailey. Keep an eye on the news during fall camp. In any event, we expect much better production. The Vols lose their top-two RBs and #1 WR so it’ll be interesting so see how quickly new HC Josh Heupel can get things rolling. There’s a serious lack of experience at RB/TE/WR. Just a pair of starters return up front but at least one of those is a legit SEC lineman (LT Cade Mays). We expect inconsistency but more overall production, particularly later in the year when they’ve had time to figure things out.

The Vols were decent vs the run LY (142 YPG, #41 FBS) but had a brutal time contending with the opposition’s THROW GAME (#105 pass efficiency D, 68%, 15-5 TD to INT). Seven starters return but they lose two of their top-three tacklers including excellent LB Henry To’o To’o who’s off to ROLL TIDE (!). The DL looks pretty good with the return of three starters and they have a ton of experience overall, not to mention good size. Texas transfer Juwan Mitchell is a good scoop for a LB unit that needs to be reloaded, but it remains to be seen if they have enough talent on the back end to make meaningful improvement. The safety combo of Trevon Flowers and Jaylen McCollough has promise.

Overall – They have three 990 STAR LOCKDOWN FRAUD LOCKS in non-conference play (Bowling Green, Tenn Tech, South Alabama) but of course have to tangle with ROLL TIDE from the SEC West. Their final road game is on November 6th.

Not an ideal spot to lay a ton of points given that they come into this one off the yuuuge game with Georgia. And the rivalry bout with the Commodores is up next.

They’d do really well to win more than six games in a rebuilding year.

Tennessee has only beaten the hated Gators once since 2005. The last time they won at the SWAMP was back in 2003.

The Vols bagged a good hire in our estimation by getting Josh Heupel to come to Knoxville. It’s hard to expect much this season but we like the depth in the QB room and the DL is a good unit to build around. Six wins should be the goal and we expect to see some GREEN SHOOTS in 2021 and an even better team in 2022.