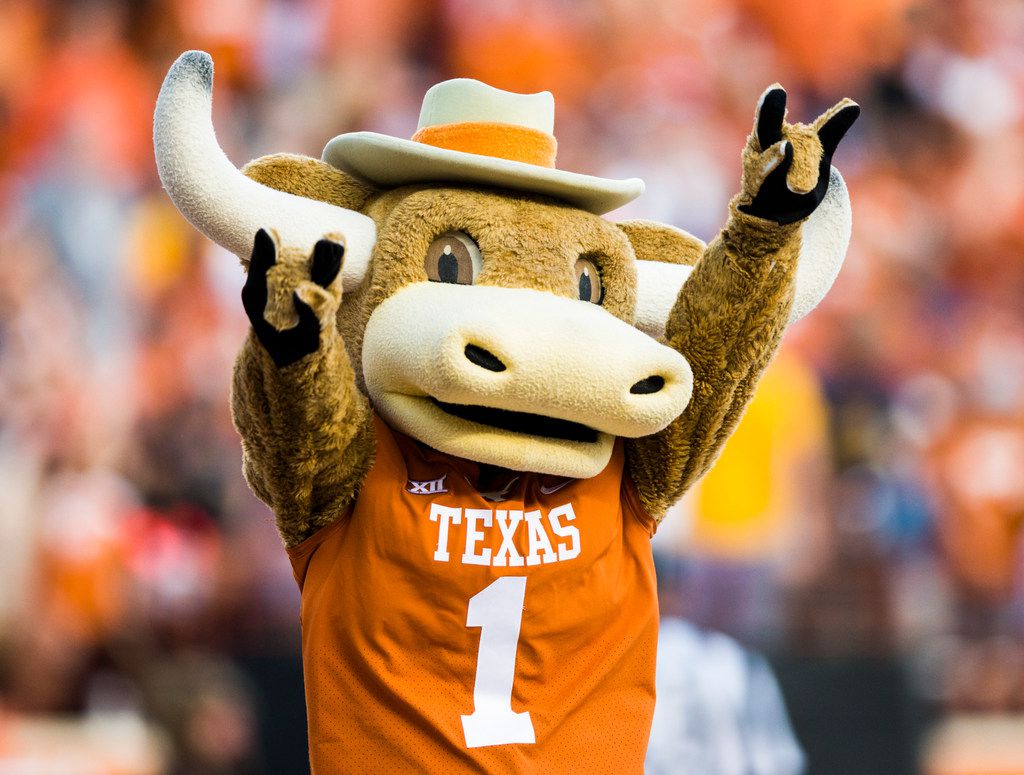 The Longhorns had a disappointing Big 12 campaign and lost three games along the way. Those losses came by just 13 combined points but it was not what the program had hoped for in 2020. They finished the year in fine form by blowing out Colorado in the Alamo Bowl (W 55-23) in what turned out to be Tom Herman’s final game as HC.

Let’s see what new HC Steve Sarkisian has to work with in 2021.

There was nothing wrong with the Longhorns offense LY as they rushed for 195 YPG (#2 Big 12) and finished 2nd in Big 12 passing offense behind the arm of QB Sam Ehlinger. They’ll have a new starting QB in 2021 and it’ll either be Casey Thompson who threw 4 TDs (!) in the Alamo Bowl vs Colorado, or highly-regarded freshman Hudson Card. This will be an interesting battle to follow. The RB unit looks REALLY good with the return of Bijan Robinson who put up eye-popping stats in just 5G (703, 8.2, 4 TD, 15 receptions) and they have solid depth in #2 RB Roschon Johnson and ROLL TIDE transfer Keilan Robinson. Three of the top-five WRs return for battle but it’s unclear if they have a true #1 option. The TE group looks promising. New OL coach Kyle Flood has four returning starters and a lot of raw talent on board.

It’s been a number of years since the Longhorns put a solid D on the field (2017) and it’ll be interesting to see what new DC Pete Kwiatowski (Washington) can engineer this year. There are a few significant losses on this side of the football including LB and leading tackler Juwan Mitchell, as well as ace pass rusher Joseph Ossai (5 sk, 16 TFL LY; NFL). The LB group should be fine with the return of #2 tackler DeMarvion Overshown and the addition of Ben Davis from ROLL TIDE. They have lots of size and raw talent up front but it’s unclear if they will be able to replace the lost sack (and havoc) production of Ossai. The back end of the defense features one of the best CB duos in the Big 12 in Josh Thompson and D’Shawn Jamison.

Cameron Dicker was a bit inconsistent in the FG department LY (15/21, 5-9 40+) and he may have to handle the punting duties given last season’s ACL injury suffered by Ryan Bujcevski. KR D’Shawn Jamison had a phenomenal season returning kickoffs (33.2, TD).

Overall – The first two games aren’t layups (Louisiana, Arkansas) but they should take care of Rice. They play TCU, Iowa St, and Oklahoma (N) away from Austin.

The win won’t be in jeopardy (?) but Rice plays REALLY slow and this isn’t a spot we’ll likely be backing the favorite, particularly with Big 12 play up next.

Assuming they start 3-0 they’d have to go 5-3 in Big 12 action to hit the ‘over’. There’s more upside than downside with this squad, so GUN TO THE HEAD, we’d sprinkle on them winning eight or more games.

This will be an interesting year in Austin. Tom Herman only managed one double-digit win campaign during his time with the Longhorns despite having a lot of talent and a really good QB. Can Sarkasian do better? If so, how long will it take? The Sooners and Cyclones look much better on paper but that doesn’t mean Texas can’t find a way to get into the title game. They’ll need to pull off an upset or two to get that done. Skeptical, but looking forward to seeing these guys take the field in 2021.